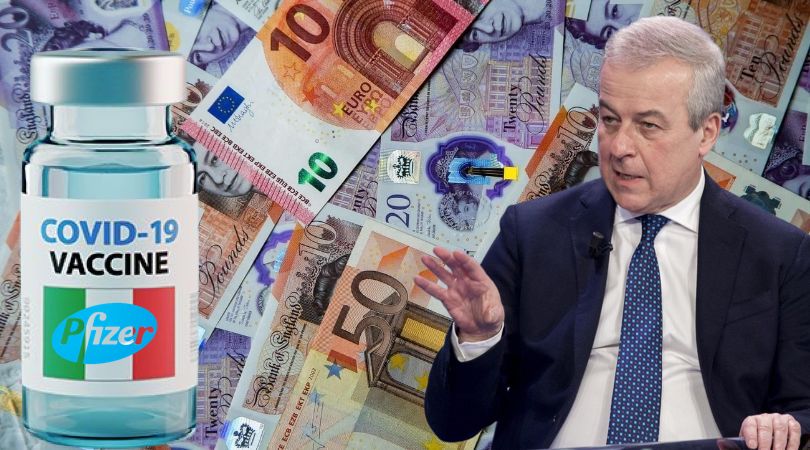 Dr. Franco Locatelli, president of Italy's Higher Health Council and coordinator of the Technical Scientific Committee (created to manage the epidemiological response to the China-virus crisis), was paid by Novartis, Bellicum, Amgen, Neovii and Bluebird Bio.

Locatelli, whose services included offering consultations on "gene therapy" (a technique central to mRNA vaccine technology), is urging Italy's 0–5-year-olds to get the COVID-19 jab — against the advice of top scientists who warn of "irreparable damages" to children.

The former director of the onco-hematology department at Bambino Gesù (the pope's pediatric hospital) continues to insist that only the fully vaccinated should be permitted to travel abroad. Locatelli also dismisses accusations of "scapegoating" the unjabbed.

In his first statement after taking over as president of the Higher Health Council in March 2019, Locatelli pushed for "extensive vaccination policies on a large scale," even before the coronavirus pandemic hit Italy.

Revelations regarding Locatelli's payments from Novartis, Bellicum, Amgen, Neovii and Bluebird Bio are the tip of the iceberg, Italian media outlet Byoblu reports, citing evidence of 32,623 doctors, foundations and hospitals in Italy receiving 163,664,432.70 euros between 2015 and 2017.

Thousands of euros are also paid in by the Swiss pharmaceutical giant Novartis.

According to the U.S. patent collection portal Justia Patents, Locatelli is also the owner of at least three patents approved by the United States Patent and Trademark Office.

However, in the public declaration of interest drawn up on Sept. 23, 2020, there is no trace of any ownership of a patent approved on Jan. 30, 2020, for a technology that allows therapies through compositions of innate immunity cells, Byoblu reveals.

"Too many people don't realize how serious the problem of the conflict of interest of drug agencies and doctors and medical experts is," eminent Italian ethicist Fulvio Di Blasi told Church Militant.

The sad story of the so-called COVID vaccines (which have been so called in fraud of the informed consent of citizens) will help many to discover this problem or take it seriously. Pharmaceutical companies have the economic power to both control scientific publications in a way that favors their business and to control government scientific advisors and drug agencies that are supposed to protect citizens from the dangerous aspects of that business.

In a democratic and civil system, the very doubt about a conflict of interest between drug agencies and/or their officers, on the one hand, and Big Pharma, on the other, should lead to resignations, dismissals and precautionary suspensions of the authorizations of the drugs even indirectly involved in the conflicts of interest.

Byoblu's investigation maintains that "the crucial problem is precisely the lack of transparency in the communication of conflicts of interest" on the part of Dr. Locatelli and other members of Italy's Technical Scientific Committee.

Too many people don't realize how serious the problem of the conflict of interest of drug agencies and doctors and medical experts is.

"These are documents that should be in the public domain and accessible to anyone in a healthy democratic system," Byoblu emphasized. "From 2016 to 2020, Locatelli would have collected 23,877.70 euros in consultancy, events and trips organized by Big Pharma."

"In addition to Pfizer, thousands of euros are also paid in by the Swiss pharmaceutical giant Novartis," Byoblu revealed, saying, "Novartis has entered into multiple contracts with Pfizer for producing millions of doses of the vaccine in the laboratories of the Swiss giant."

"Conflict of interest is a typical case of unreliability of the witness," writes Di Blasi in The Death of the Phronimos: Faith and Truth About Anti-COVID Vaccines. "If a scholar works for Pfizer, it is practically 100% certain that he will speak well of the anti-COVID vaccines."

"The world of science knows well how strong the trend towards intellectual prostitution is and how much economic interests tend to make scholars' claims unreliable," the ethicist added.

Meanwhile, Church Militant has learned that Italy's vaccine-pushing National Institute of Health (Istituto Superiore di Sanità) has received funding from the Bill & Melinda Gates Foundation to the tune of $2,231,080.

The Gates Foundation awarded Sienna-based Novartis Vaccine and Diagnostics S.r.l. with a sum of $1,425,967. The Novartis Vaccines Institute for Global Health was also given $100,000.

Rome-based biotech company ReiThera, which has joined the race "to make Italy self-sufficient in the production of vaccines for COVID-19," was given a grant of $4,517,386 in August 2021 by the Gates Foundation.

Conflict of interest is a typical case of unreliability of the witness.

In April 2019, the University of Siena received $1,608,050 for vaccine development from Bill Gates. Other Italian institutions like Commercial University Luigi Bocconi that claim to deliver solutions "to improve global health" received a total of $1,797,795 from Gates in September 2020.

The British Medical Journal reported in 2018 that one of Italy's most senior public health officials had failed to disclose earnings from drug companies — after the country's leading consumer rights group, Codacons, disclosed financial links between Walter Ricciardi (head of the National Institute of Health) and the pharmaceutical industry.

Ricciardi resigned in the wake of the scandal but was nevertheless appointed by Italian Health Minister Roberto Speranza as chief advisor to deal specifically with the coronavirus crisis.

Pope Francis made Walter Ricciardi a member of the Pontifical Academy for Life in Feb. 2021.

In 2015, Italian vaccine expert Vittorio Demicheli, who questioned the motives behind State plans to expand Italy's national vaccination program and slammed the scheme as "too costly and ill-advised," was threatened with legal action by government medical officers.

Church Militant earlier reported on Pope Francis' two secret meetings with Pfizer plutocrat and veterinary doctor Albert Bourla at the Vatican during the height of the COVID crisis.

The Holy See administers only the Pfizer–BioNTech COVID-19 jab to the residents and staff of the world's smallest sovereign nation. Leaked Pfizer contracts show the company is protected from all damages and liabilities in the case of adverse effects from the shot.

In January, the pope's scandal-ridden Bambino Gesù children's hospital began vigorously promoting COVID-19 shots for kids, falsely claiming the vaccines are necessary, safe and effective, despite a red alert by over 16,000 scientists and doctors warning against the jabs, Church Militant reported. 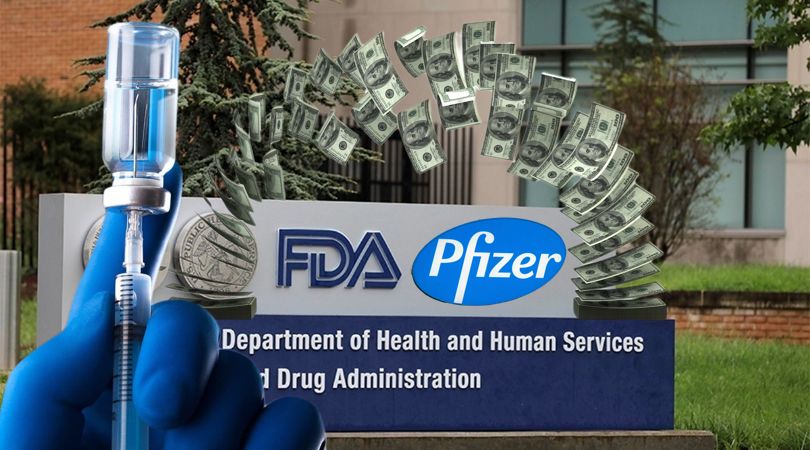 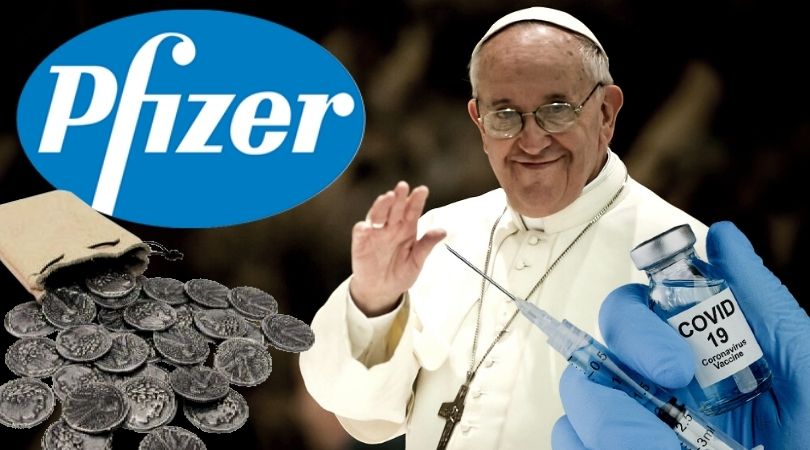 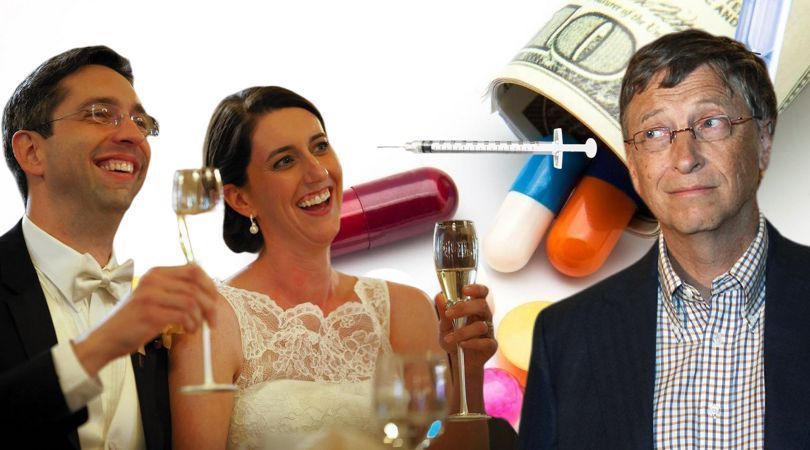