Philippines Could Legalize Divorce Before Easter

The only country besides the Vatican where divorce is outlawed

MANILA, Philippines (ChurchMilitant.com) - The Philippines is pushing divorce through the House of Representatives after receiving enough preliminary votes.

The House approved the Absolute Divorce Act 2018 on Wednesday and will hold a final vote on the bill next Friday. On February 21, the bill was approved at the committee level — the committee on population and family relations.

The Senate, where it faces resistance from several conservative members, is also slated to vote on the bill. If it passes both chambers of Congress, then divorce becomes legal in the country.

Speaker of the House Pantaleon Alvarez supports the bill that is titled "Act on the divorce and dissolution of marriage," which "complement[s] the proposals presented in past months by several legislators in the lower House."
The bill is designed to allow spouses to divorce under certain conditions and defined judicial procedures to protect children from the pain and stress coming from their parent's marital problems and to admit the spouses the ability to civilly remarry while exempting the poor from the legal fees.
"From the very start, I said that the divorce bill will have a much better chance of passage early enough in the House," commented the author of the bill, Rep. Edcel Lagman.
Lagman insists that the Senate's version of the bill will also be approved. "My fearless forecast is like the RH (Reproductive Health) bill, it will also pass in the Senate," he said.
Of the 100 million in the Phillippines, 80 percent are Catholic. The Philippines is one of only two countries in the world, besides the Vatican, where divorced is outlawed.
The Philippine Constitution recognizes marriage as an inviolable social institution.

Lay Catholic movements and associations signed a joint letter emphasizing that "the Philippine Constitution recognizes marriage as an inviolable social institution, which is the foundation of the family and must be protected by the state."

However, Fr. Jerome Secillano, the secretary of the Catholic Bishops Conference of the Philippines Committee on Public Affairs, noted that despite the Church's opposition to the legalization of divorce, passing the law would "hardly [be] a surprise" given the political climate in the country.

"With the present political climate in Congress, the passage of divorce is hardly a surprise. The Church, though, continues to believe in the indissolubility of marriage. Our belief is in something that Christ Himself taught and not what our congressmen thought," Secillano said.

A 2017 survey showed that 53 percent of Filipinos support the legalization of divorce, with 30 percent "strongly" agreeing, 23 percent "somewhat" agreeing and 15 percent undecided. This contrasts from a 2005 survey that showed 45 percent agreed while 43 percent disagreed.

"Marriage, even if it is proclaimed by the Church as an inviolable institution can in some cases come to an end due to human weakness," commented Lagman. "Some marriages are already irreparably shattered, even if the state strives to protect and preserve marriage."

Rodrigo Duterte, the autocratic president of the Philippines, is opposed to the divorce bill but has yet to say whether he will veto the bill if it reaches his desk. He is known for appealing to faithful Catholics while pushing for heretical positions contrary to the Church.

In 2017, he denounced gay "marriage" in the West in a speech to the expatriate Filipino community in Myanmar: "That is their culture. That's for them. That can't apply to us because we are Catholics. And there is the civil code which states you can only marry a woman for me and for a woman to marry a man. That's the law in the Philippines."

This contradicted his support of same-sex "marriage" during the 2016 campaign, in which he said that there is "an error in the Bible" over unions between only one man and one woman. He continued, marriages were for "Adam, Eve and the gays."

Last January, Duterte signed an executive order providing citizens with free birth control and requiring sex education programs be applied in the nation's schools. One of the members of his administration described the measure as "pro-life, pro-women, pro-children and pro-economic development." 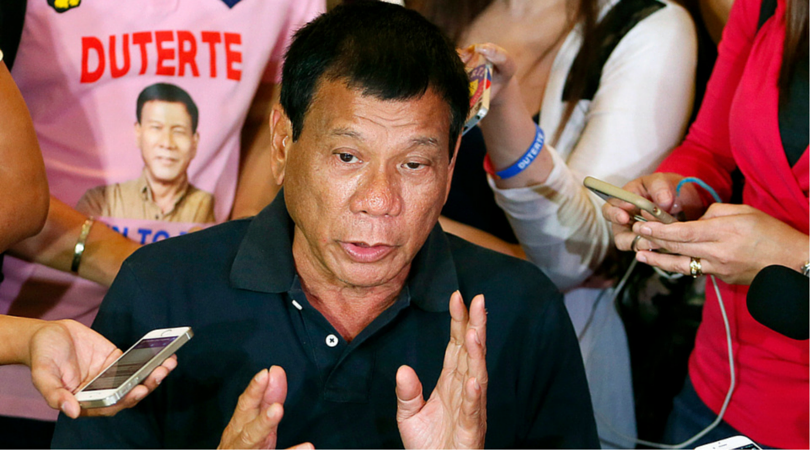 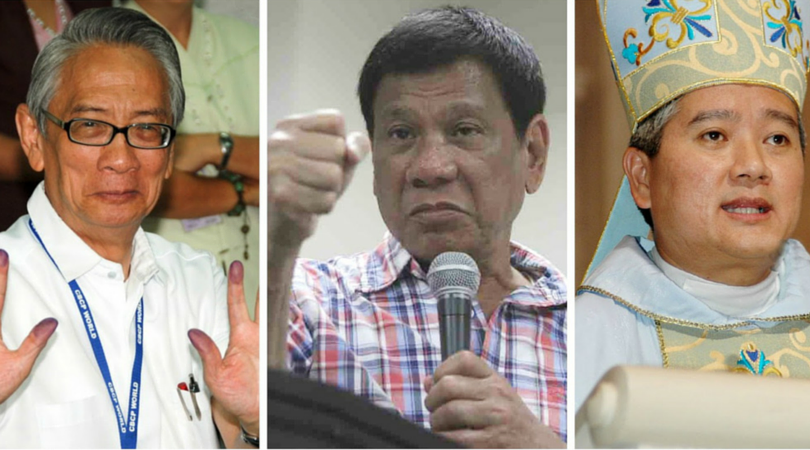 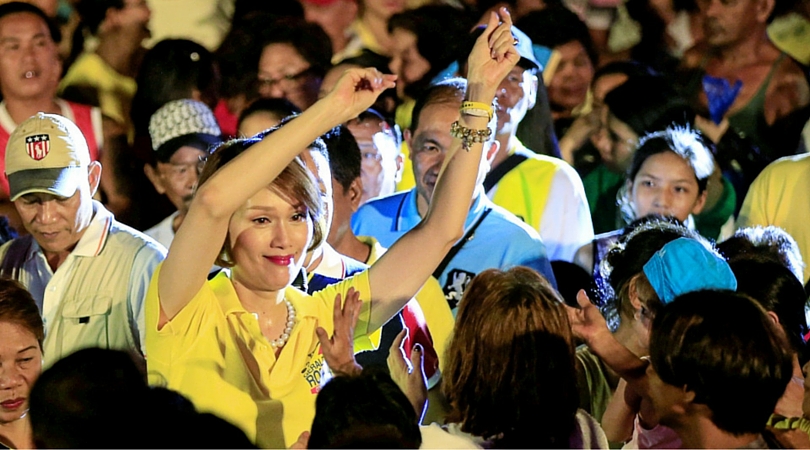