The Bishops Are the Problem

Detroit's Abp. Vigneron must heal his addiction to secrecy before trying to fix the local Church

DETROIT (ChurchMilitant.com) - Given the massive, massive crisis the U.S. Church is undergoing, bishops have failed to see that their negligence and tone-deaf approach are the problem. Critics charge that they rework old programs, yet expect new results.

One year ago, Detroit Abp. Allen Vigneron officially put forward his plan "to transform the very culture of our archdiocese — how we work, how we pray, how we minister, everything." The plan is called "Unleash the Gospel." Indeed, he says he intends to "change the DNA" of the Catholic Church.

Inside information presented to Church Militant reveals that, while the plan has been presented to the faithful as a spiritual renewal, Abp. Vigneron has approved using the entire "Unleash" campaign as a tool to raise $200 million from the faithful of his archdiocese. One chancery official reportedly put the issue very candidly, saying that "we have to get the money now before the old faithful Catholics die, because their children are no longer Catholic."

While chancery and parish staffers are gearing up for a huge public relations campaign regarding the ambitious plans in "Unleash," critics say not much is actually changing for the more than one million everyday Catholics of the archdiocese.

Mostly, people are witnessing more of the same: A half-century of strategic downsizing — mostly parish and school closings — amidst occasional unimaginable sex and financial scandals. Everything Catholic gets smaller all the time.

Only those born in the 1950s can recall a genuinely once-vibrant and growing church in Detroit.

For example, in May three more Catholic schools closed in the archdiocese of Detroit (AOD): Ladywood High School in Livonia and two St. Mary's elementary parish schools, one in Rockwood and the other in Wayne.

It is noteworthy that a year into the program of the "transformation" promised for the new and improved AOD, a rather old — and to some, odious — figure from the era when the sex scandals broke in 2002 signed the letter announcing the closure of St. Mary's in Wayne: 81-year-old Bp. Walter Hurley.

On the financial front, area secular media in January published confusing news about another huge AOD real estate project shrouded in mystery. Director of Public Affairs Ned McGrath declined to offer any new details about the $100 million of vacant land the AOD had apparently agreed to sell but is now apparently scuttling, to judge by local reporting. Whatever is happening, the archbishop is keeping details very close to the vest and not revealing any information publicly.

On the vocations front, The Michigan Catholic reported that only three new priests were ordained on May 19.

While the scientific details of DNA may be somewhat mysterious to most non-scientists, Vigneron's use of the expression "changing the DNA" is also somewhat mysterious, critics charge. The measure of any organism's health is its ability to replace its dying parts. When the annual numbers of dying and retiring priests is five or more times higher than the number of new priests coming in, that's a problem.

The priest shortage is ever-worsening and makes an objective analysis of the archbishop's leadership and "Unleash" almost urgent, today nine years into his tenure as the ordinary of Detroit.

Vigneron has been in major leadership roles in the archdiocese for over 20 years, him being a native of the area. So questions arise when he uses phrases like "nothing less than a radical overhaul of the Church in Detroit," when one considers that the very archdiocese he says is in need of such desperate change is one he actually helped to create.

In his 20 years of key leadership posts here, he has been instrumental in creating and sustaining most of every awful thing he today says he wants to change. By any measure, he is an insider, not an outsider. He was a key player in creating the mess here, especially the shortage of priests.

Vigneron was born and raised in the AOD and began attending Sacred Heart Seminary (SHS) high school in 1962, eventually graduating college from there in 1970. He was ordained a priest in 1975 and a bishop in 1996 — both in Detroit.

His seminary classmates from 50 years ago include the now-disgraced Abp. John Nienstedt (who reportedly lived a "promiscuous gay lifestyle" while a priest in Detroit and was later forced out as archbishop of Minneapolis-St. Paul for covering up clerical sex abuse); Detroit Auxiliary Bp. Don Hanchon (one of Vigneron's best friends whom he personally consecrated a bishop in 2011) and outspoken political leftist and sometimes Michigan Catholic columnist and close friend Msgr. Patrick Halfpenny, who also served as vice rector of SHS under Vigneron.

While Vigneron was rector and president of SHS for nine years between 1994 and 2003, the most frequent complaint against him was his systematic process of screening out conservatives from being ordained — as described in The New York Times best-selling book, Goodbye! Good Men.

To be sure, there never has been a shortage of good men wanting to become priests in the United States. The 'crisis' has been created by bishops who have refused to ordain many of the best candidates for the priesthood.

While there are dozens of men in and around Detroit who openly complained that they were rejected from the seminary, only four would talk on the record for an article in New Oxford Review published in December 2002.

To be sure, there never has been a shortage of good men wanting to become priests in the United States. The "crisis" has been created by bishops who have refused to ordain many of the best candidates for the priesthood. Rejection of faithful Catholic seminary candidates — for "hostility" or "rigidity" or "uber-Catholicism" — is a well-established hallmark of pro-gay members of the hierarchy. Critics of Vigneron say this is the case with the AOD and he shares in much of the blame for it.

Many of these bishops, beginning with Vigneron's mentor, Cdl. John Dearden, openly proclaimed their determination to make a new Church in their image, a "radical transformation," the key details of which typically remain secret to non-insiders. Fifty years ago, the transformation in Detroit under Cdl. Dearden and his vicar general (chief of staff), pro-gay Bp. Thomas Gumbleton, included recruiting and ordaining known homosexuals in the local seminaries.

Shortly after The Boston Globe started publishing its "Spotlight" series on homosexual priest sex abuse in January of 2002, canon lawyer Charles Wilson of the St. Joseph Foundation wrote a penetrating analysis of the primary reason the Catholic Church failed to prevent the sex scandals.

He called it the "addiction of secrecy" that afflicts nearly all bishops, and he laid out a litany of horrible habits of the hierarchy that have proven disastrous for the Church and must be changed if the Church hopes to become healthy.

Additionally, the role of bishop is often referred to as that of a father. Much has been written and most people have seen the devastating consequences of fathers who are addicted who spend decades covering themselves and their misdeeds in layers of secrecy and sometimes fraud and deceit.

The case of former Cdl. Theodore McCarrick illustrates these catastrophic effects. In 2002, McCarrick — already notorious inside the Church for sexually abusing vulnerable seminarians — deliberately undermined the Dallas Charter (the set of procedures established by the U.S. bishops to combat clerical sex abuse) by exempting bishops from protocol. Together with allies among the hierarchy, McCarrick diluted the charter, apparently tailoring the documents to shield himself and others like him after decades of sexual predation.

In the wake of the McCarrick scandal, Abp. Vigneron's addiction to secrecy is all the more troubling.

A careful reading of "Unleash" reveals some clever opaqueness on key issues that are destroying the Church and our culture. The word "homosexual" does not appear at all, nor the phrase "Extraordinary Form."

But the word "transparency" is there, only once, on page 37, citing a request by the faithful for the chancer and parishes "to build trust and practice transparency." But Abp. Vigneron declines in the "action item" related to that request for transparency to demand basic honesty on key points of policy throughout the AOD.

Likewise, Vigneron's Aug. 13 response to the McCarrick scandal fails to mention either the crisis of homosexuality among the clergy (the root cause of clerical sex abuse) or seminarians. The archbishop instead conflates child sex abuse with abuse of vulnerable adults (seminarians, young priests).

Here are a few areas that scream for transparency under Abp. Vigneron, and which will be examined in future articles in this series:

Given that many of the problems currently present in the archdiocese are the product of the very same personnel Vigneron keeps on staff, critics are asking exactly how he intends to change anything when those responsible for any forthcoming change still operate the machinery. 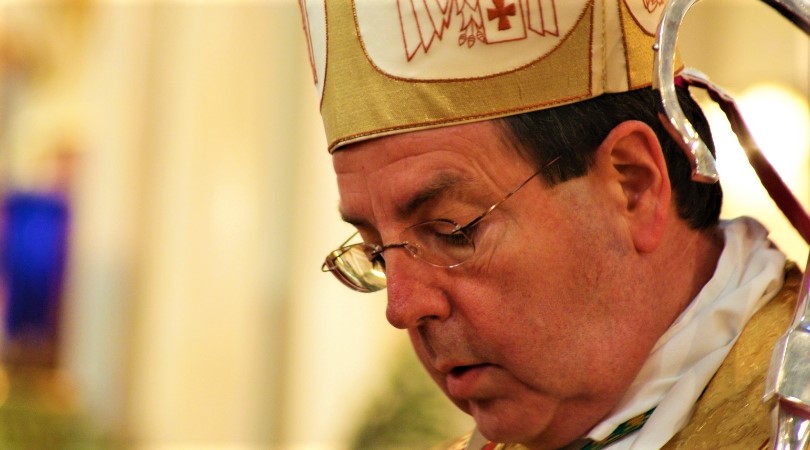