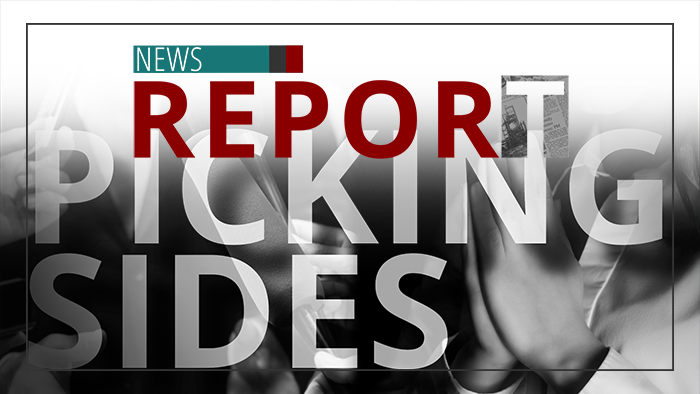 The U.S. bishops are maintaining their usual silence on critical issues as families continue to struggle under the Joe Biden economy.

In tonight's In-Depth Report, Church Militant's Nick Wylie discusses the scandal U.S. bishops are causing with their handling of the Biden presidency.

NBC News: "Inflation is the worst it's been since 1981, up 8.6% since this time last year. That translates to families paying an extra $460 a month for everyday items. For so many, that's money they do not have."

With inflation at its worst in decades and prices on goods soaring, Catholic families are finding it more difficult to afford Catholic schools and donate to worthy causes.

Abp. Allen Vigneron, archdiocese of Detroit, Mich.: "I have decided on this path, this path that we're calling Families of Parishes."

As dioceses around the country continue to close parishes for lack of funds, families will be able to give even less because of financial strain.

According to E.J. Antoni of the Heritage Foundation, "Working Americans are $4,200 poorer today than when Biden took office. This financial catastrophe for American families is the direct result of a president and Congress addicted to spending our money."

Yet the bishops lauded the so-called Inflation Reduction Act last month — which will spend an additional 430 billion tax-payer dollars — for its climate change initiatives.

The American prelates, as well as Pope Francis, have often avoided publicly condemning fake Catholic Biden for his assaults on the family and the unborn.

Reporter: "Mr. President, did the issue of abortion come up at all [between you and Pope Francis]?"

Joe Biden: "No, it didn't. It came up, we just talked about the fact that he was happy I was a good Catholic and I should keep receiving Communion."

Reporter: "He said that you should keep receiving Communion?"

Faithful Catholics were hopeful the U.S. bishops' conference would uphold canon 915 and formally condemn pro-abort politicians, including Biden, in the document they released on the Eucharist last November.

Cdl. Robert McElroy, diocese of San Diego, Calif.: "Once we legitimate public policy–based Eucharistic exclusion as a regular part of our teaching office, and that is the road to which we are headed, we will invite all of the political animosities that so tragically divide our nation into the very heart of the Eucharistic celebration."

The approved document did not mention Biden and did not call on bishops to deny Holy Communion to abortion-advocating politicians.

Instead of the defending the Faith, the bishops continue to choose so-called dialogue with crooked politicians, abandoning the faithful to the wolves in sheep's clothing.

Biden has pushed for so-called abortion rights even harder since the bishops released the document on Communion, even enacting an executive order last month to promote abortion access.