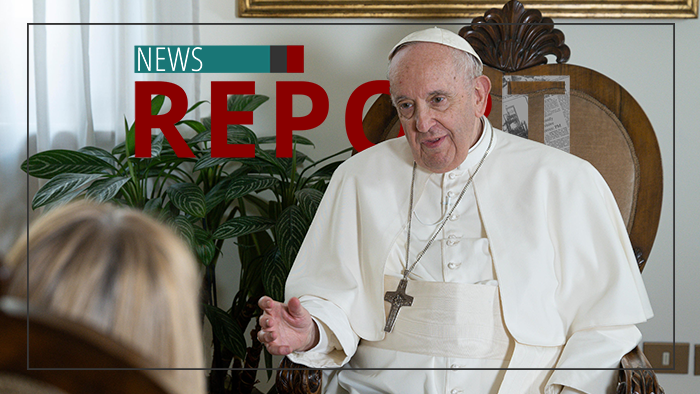 A Vatican correspondent and four editors of a U.S. liberal Catholic publication interviewed Pope Francis on Wednesday at his residence.

Church Militant's Paul Murano has a summary of that dialogue on issues important to the Church.

Five representatives of the Jesuit America Magazine visited the Pope's residence last Tuesday to ask him a few timely questions.

These included inquiries about the U.S. bishops, the clergy abuse crisis, abortion and the role of women in the Church.

Olga Segura, associate editor, America Magazine: "Support for woman deacons was more likely among women with more education, among Democrats and among those who attend Mass less often."

When Francis was asked about problems with the U.S. bishops' conference, he responded that such conferences have no official authority, and each individual bishop is pastor to his flock.

Whichever way bishops may lean, the pope asserted it's important that "they are more pastors than ideologues." However, no clarity was offered to distinguish bishops' prophetic ministry in proclaiming Catholic truth from their pastoral ministry.

Venerable Abp. Fulton J. Sheen: "There are the social slobberers who insist on compassion being shown to the muggers, to the dope fiends, to the throat slashers ... This is a false compassion."

On the abuse crisis, the pope was both realistic and contrite. He claimed that official stats show 3% of abusers are Catholic priests. But even "if there had been only one case," he added, "it would have been monstrous."

Francis said the Church has made inroads on sexual abuse, but transparency must apply to bishops, not just priests.

The pope expressed his disappointment that abortion has become so politicized but repeated his "hit man" analogy about killing to solve a problem.

Kristine Johnson, anchor, CBS2 New York: "He compares abortion to hiring a hit man. The pope made his comments during his weekly Wednesday audience."

On the role of women, it was suggested that U.S. women are hurting because they can't become priests. The pope's response would have pleased Pope St. John Paul II.

"Why can a woman not enter ordained ministry? It is because the Petrine principle has no place for that," Francis stated.

Explaining that women mirror the Church more perfectly as woman and spouse, the pope insisted that more women live out what he calls the "Marian principle," as well as occupy more administrative positions.

Alice von Hildebrand, Ph.D., philosopher, author and professor: "The beauty and dignity of being a woman — and the incredible mission that women have in this world."

Pope Francis has now led the Church for ten years. While this interview offered no real surprises, it did mollify some lingering fears among faithful Catholics.

The pope explained the Marian way is a very important dimension of Church life that's being largely ignored. He encourages more theological reflection on this vital feminine spirituality. 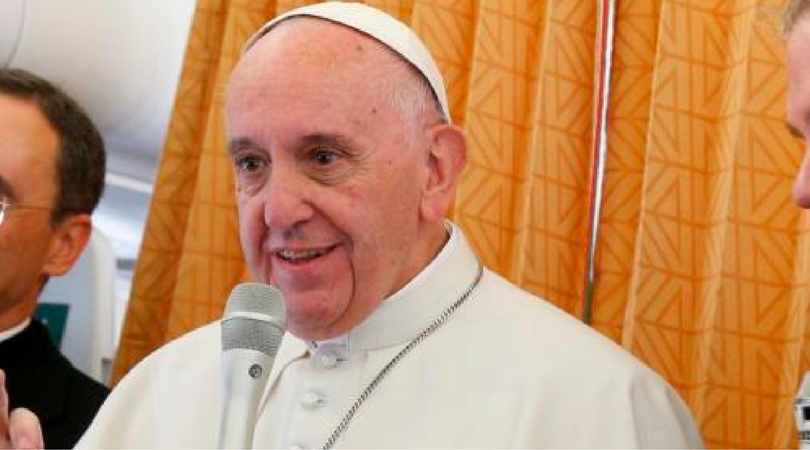