Picture Jesus as a Homosexual

Fr. Donal Godfrey: "God is in some sense queer"

San Francisco (ChurchMilitant.com) - "Imagine Jesus as gay." That's the message of Fr. Donal Godfrey, S.J., a man described as "the most prominent homosexual activist Catholic priest in the world today." And now Godfrey is scheduled to speak in April at Most Holy Redeemer parish in the Castro District of San Francisco — a notoriously pro-gay parish.

In his 2007 book "Gays and Grays," the story of how the Californian parish came to accept the homosexual community, Godfrey openly dissents from Church teaching on homosexuality:

If God must become Asian or African, then God is also in some senes queer and at work in the gay community. ... Is it less appropriate for gays to imagine Jesus as gay than for African Christians to picture him as black ... ? I believe in other words, that the gospel must always be inculturated into every culture, and this must include gay culture.

The Catholic Church is not a credible moral voice within the gay community.

Godfrey has been promoting homosexuality since the 1990s. He has been with the University of San Francisco since 2002 and is currently the associate director for Faculty/ Staff Spirituality, although he stepped down from his position as executive director of Ministry in 2010.

The timing of Godfrey's resignation closely followed the revelation that one of his friends, Patrick Mulcahey, was presenting workshops on master/slave and sadomasochistic homosexual partnerships.

Mulcahey was vice president of Most Holy Redeemer's pastoral council from 2000–2008 and was an Extraordinary Minister of Holy Communion at the parish up until 2007. 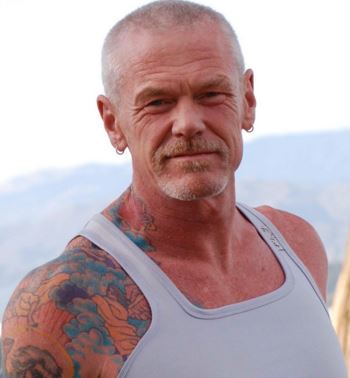 Godfrey quotes Mulcahey multiple times in his book, and according to a 2008 ad in the pro-gay magazine Bay Area Reporter, Godfrey included Mulcahey in seminars discussing the book.

According to a 2008 California Catholic Daily article, Most Holy Redeemer parish hosted numerous events for sadomasochistic groups under Mulcahey's leadership.

The parish is also a regular participant in the annual Folsom Street Fair, a sexually explicit community event that features bondage, discipline and sadomasochism.

Among the participants at the annual gay pride event are the Sisters of Perpetual Indulgence, a group of homosexual men who dress as nuns for political activism and in order to promote the homosexual lifestyle. In 2007, Bp. George Niederauer, who was archbishop of San Francisco at the time, celebrated Mass at Most Holy Redeemer and administered Holy Communion to the Sisters.

Godfrey has defended Most Holy Redeemer's gay community on multiple occasions, saying that “churches have often been profoundly unloving toward the LGBT community” and that this “homophobia” has had a negative effect on gay Catholics.

His talk titled "Boundless Mercy" at Most Holy Redeemer is scheduled for Saturday, April 9, at 10 a.m.