Closures due to financial problems and low attendance, part of continuing decline

PITTSBURGH (ChurchMilitant.com) - The diocese of Pittsburgh is closing several churches as it struggles with demographic decline.

The diocese of Pittsburgh recently announced the closure of four churches that are part of St. Katharine Drexel parish, a merger parish in the southeastern part of Washington County, Pennsylvania.

The four churches being closed are Saint Joseph in Roscoe, Saint Michael the Archangel in Fredericktown, Saint Thomas Aquinas in California and Saints Mary and Ann in Marianna.

Bishop David Zubik of the Pittsburgh diocese made the announcement on Feb. 2, citing financial issues and low attendance. The closures will take effect on Monday, March 4.

The bishop wrote in a letter to parishioners, "It is my hope that this action, while difficult, will allow your parish to be properly resourced to focus on the mission and ministry of promoting spiritual growth."

He also expressed hope for the "proper formation of lay ministers so that there can be a sustainable Catholic presence in Southeast Washington County."

The decision to close the churches came from the recommendation of a lay committee at St. Katharine Drexel parish appointed by parish administrator Fr. Edward Yuhas. The two other churches in the parish — St. Agnes in Richeyville and Ave Maria in Bentleyville — will remain open.

Saint Katharine Drexel's website lists the final Masses for the four churches slated for closure. Saint Joseph's in Roscoe will have its closing Mass on Sunday, Feb. 24. The other three parishes' final Masses are scheduled about a week later, on March 2 and 3.

One local parishioner interviewed by KDKA Pittsburgh said of the decision to close the churches, "It's a disgrace. It's terrible."

"Why should you have to leave your community to go to church?" he said. "It just don't make sense when we have the church here."

Arguing that the church is central to the local community, he opined, "There's nothing in this community but the church! I mean, it's a shame to say, but that's all they got here."

There's nothing in this community but the church! I mean, it's a shame to say, but that's all they got here.

This news came shortly after the diocese of Pittsburgh rolled out its Independent Reconciliation and Compensation Program (IRCP), which facilitates compensation for victims of clerical sex abuse.

The IRCP will make decisions independent of the diocese, and "the diocese has agreed that it will abide by their decisions," according to a Jan. 22 diocesan press release.

"This program is wholly independent from the diocese," the statement reads.

It also states, "It should be noted that no funds for this program will come from Our Campaign for the Church Alive!, Catholic Charities, parishes, schools, or any other funds designated for a specific use by the donor."

The statement quoted Bp. Zubik saying that compensations programs such as IRCP "must be more about the survivors than about the payment of money."

This came several months after the release of the 2018 Pennsylvania grand jury report. This report listed sex abuse allegations against 300 clergy and religious in six of Pennsylvania's eight Catholic dioceses. The remaining two, the Altoona-Johnstown diocese and the Philadelphia archdiocese, were subject to similar investigations previously.

"Our Campaign for the Church Alive!," mentioned in the Jan. 22 statement, is a campaign seeking to raise $125 million in the course of five years to provide for parishes, schools and programs in the Pittsburgh diocese.

The campaign is part of a larger initiative in the diocese of Pittsburgh to deal with a priest shortage and shrinking numbers in the pews, called "On Mission for the Church Alive!" Parishes and churches are being merged, closed and condensed in a multi-year program. Catholic schools are being merged as well.

The name of the program is based on the idea that a small number of strong, lively parishes and schools is preferable to a large number of institutions that are all struggling to stay open.

Like many dioceses, Pittsburgh has seen a decrease in Catholics practicing their faith. An article in August 2018 mentioned that Mass attendance has fallen by more than 40 percent since the year 2000.

But the Pittsburgh diocese has also been affected by the Pittsburgh area's population decline, which began with the dwindling of local steel industry in the 1980s. 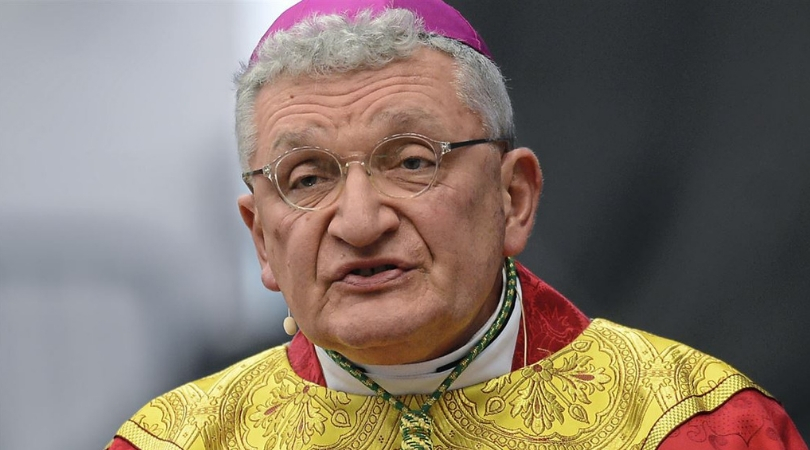