Laying off staff after sharp decrease in donations

Faithful Catholics in the Pittsburgh diocese have been hit by a wave of budget cuts in the wake of the statewide grand jury investigation and the corresponding report into sex abuse of children by clergy that was issued last August.

The cuts include a significant number of staff reductions — although the diocese has not disclosed specific numbers. According to KDKA, a CBS affiliate television station in Pittsburgh, its sources report as many as 34 diocesan workers will be laid off or retired. This number represents 20 percent of the positions listed on the diocesan website. KDKA sources further report that as much as $3 million will be accrued by the cost-cutting measures.

In a press release, the executive director of communications for the Pittsburgh diocese, Rev. Nicholas S. Vaskov, stated: "The Diocese of Pittsburgh has been undergoing cost-cutting efforts, and Bishop Zubik [current bishop of Pittsburgh] has consistently stated that for proper stewardship of our resources we cannot operate at a deficit."

Sources report as many as 34 diocesan workers will be laid off or retired.

These cuts were made public just months after the Pennsylvania attorney general's office released its 884-page report on an investigation into sexual abuse claims spanning a 70-year period in six Pennsylvania dioceses.

This report provided evidence of over "three hundred predator priests" and "over one thousand child victims" although that number is believed to be "in the thousands." Church leaders consistently and systematically "preferred to protect the abusers and their institution above all." Ninety-nine of the predator priests, i.e., one third who were identified in the report, came from the Pittsburgh diocese.

Cardinal Donald Wuerl was cited several times in the report. It showed that, as bishop of Pittsburgh from 1988 to 2006, he "transferred and reassigned priests he knew to have abused male teens, hiding information from police and even paying off one priest in exchange for his silence on priestly misconduct."

The settlement prohibited the victims from discussing the settlement with any third parties — unless agreed to by the diocese. The settlement released then-Bishop Wuerl, the Pittsburgh diocese and the Roman Catholic Church from any further liability.

The day before the grand jury report was made public, Wuerl released a letter addressed to "Brother Priests" in which he stated:

While I expect that this report will be critical of some of my actions, I believe the report also confirms that I acted with diligence, with concern for the survivors and to prevent future acts of abuse. I sincerely hope that a just assessment of my actions, past and present, and my continuing commitment to the protection of children will dispel any notions otherwise made by this report.

Just days before the Pittsburgh diocese's announcement of staff cuts, Pittsburgh Bishop David Zubik announced the establishment of a Secretariat for the Protection of Children, Youth and Vulnerable Adults.

In a pastoral letter, "The Church Healing," Zubik said, "The Church is at a watershed moment. This is a time for concrete action that will continue to foster healing and rebuild relationships between all of us." The bishop stated that the secretariat's purpose is "to help victims/survivors and prevent further abuse."

The secretariat will also oversee several existing offices and the creation of new divisions. New divisions include the Office for Accompaniment, which will provide community and spiritual support for abuse victims and survivors, and the Office for Investigations and Monitoring, which will be staffed by a law enforcement professional who will conduct inquiries into abuse allegations and monitor clergy removed from ministry.

The diocese has been hit by waves of dwindling vocations, decreased numbers of parishioners, church and school closings — and the sexual abuse of its most vulnerable by the clergy — for decades.

In a nod to transparency, Zubik's letter also announced that by July 2019, the diocese will provide the "aggregate amount of past victims' compensation through legal settlements from 1991 to the present, without identifying the recipients."

According to Vaskov, savings from the recent staff cuts will be used to fund the Secretariat for the Protection of Children, Youth and Vulnerable Adults — in addition to being part of the "On Mission for The Church Alive initiative that has been in place over the last 4 years to respond to changing needs and fewer resources in parishes."

The recent downsizing of staff and resources hitting the Pittsburgh diocese represents the latest in a series of assaults befalling its faithful Catholics. The diocese has been hit by waves of dwindling vocations, decreased numbers of parishioners, church and school closings — and the sexual abuse of its most vulnerable by the clergy — for decades.

Some commentators argue that the decades-long liberal leadership of Wuerl and other "Church of Nice" prelates have contributed to the continued downfall of the Church.

These budget cuts do not represent the end of downsizing. The sale of the Diocesan Pastoral Center on the Boulevard of the Allies and another building on First Avenue, both in Pittsburgh, are under consideration. 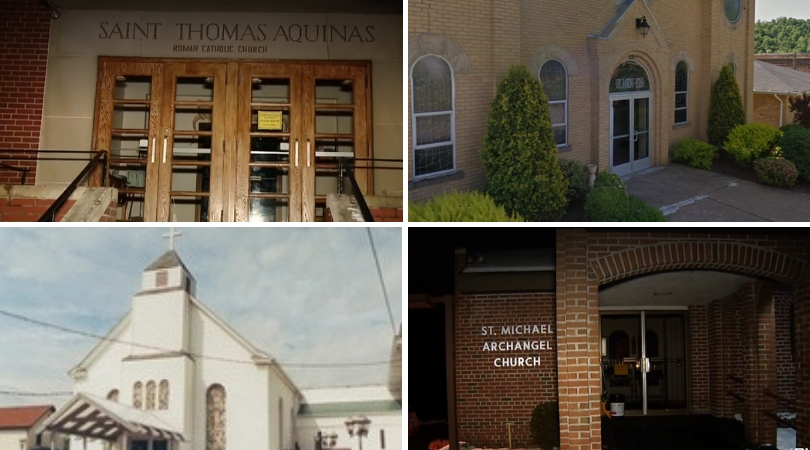