Even though Fr. Thomas Rosica is being shown to be an unethical writer, he's lacking in principle even more as a theologian.

At the 2014 Extraordinary Synod of Bishops in Rome, Michael Voris met Rosica, who came up to him at the press briefing room, denying that homosexual acts are mortal sins which condemn unrepentant souls to Hell.

Rosica asked Voris, "Do you really think that these irregular situations don't have any good in them, nothing, not one thing?"

"Not if they go to Hell, Father," Voris responded.

Rosica holds Pope Francis above Scripture and magisterial teaching. In an article he authored for the Catholic media company he runs, Salt + Light, Roscia wrote:

Pope Francis breaks Catholic traditions whenever he wants because he is 'free from disordered attachments.' Our Church has indeed entered a new phase: with the advent of this first Jesuit pope, it is openly ruled by an individual rather than by the authority of Scripture alone or even its own dictates of tradition plus Scripture.

At the 2015 Synod on the Family, Rosica uttered what faithful Catholics called blasphemy in purporting that the Eucharist had a sexual aspect.

At one of the synod's press conferences, Rosica stated, "Please remember there is a sexual nature to the Eucharist — 'This is My Body, given up for you' — and we need to root that in human sexuality and in love, and it helps us to appreciate even better the sacrament of the Eucharist."

Watch the panel discuss the many sides of Rosica in The Download—Plagiarist Priest. 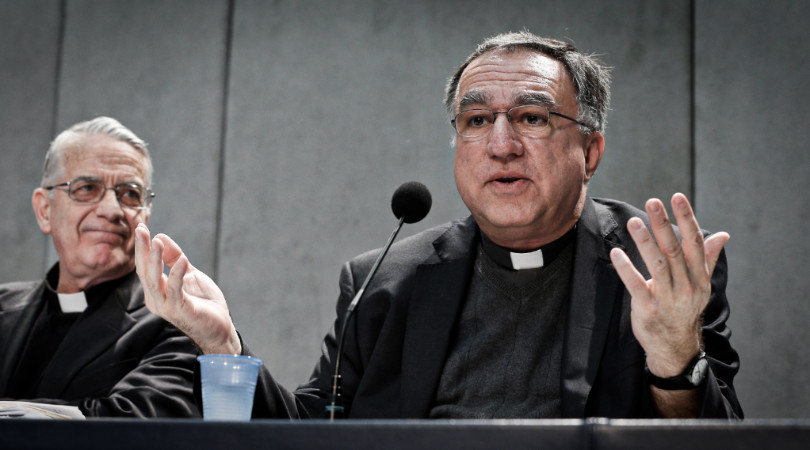