Planned Parenthood has decimated the population of a mid-sized country since the '70s. In research conducted by Life News, Planned Parenthood's own annual report shows the Wuhan virus did not hamper its death count.

Lives taken by the abortion giant would have annihilated Springfield, Missouri at nearly 355,000, nearly matching the official COVID death total in 2020 — the deaths from which locked down the entire world.

According to Kristan Hawkins, president of Students for Life, Planned Parenthood's adoption referrals fell by a third, but still killed 133 babies per referral.

Hawkins further elaborates that the abortion juggernaut has targeted Catholics.

Hawkins: "Out of 200 Catholic colleges and 606 evangelical colleges and schools, we identified 103 of these schools, most of which are colleges, that had a relationship to Planned Parenthood or the abortion industry."

Out of the top 25 schools supporting abortion, five are Catholic colleges.

According to Church Militant, under-reporting in states with lax laws makes the true number of lives lost unknowable.

Katie Glenn, with Americans United for Life: "What we got back was a patchwork of information from 39 states and D.C., but we know that there's tons of info missing."

This doesn't even take into account the physical harm to women owing to botched abortions and the psychological harm owing to post-abortion stress syndrome.

Pro-life movements across the nation are advocating for bolder laws to protect the preborn and their mothers. And several states are following suit with policies intended to save lives.

Planned Parenthood, however, emboldened by Biden-Harris, is expected to sue to stop any pro-life measure.

Biden was correct when he said there was a war for the soul of America. Pro-lifers, however, have 8.6 million modern-day Holy Innocents interceding for their side. 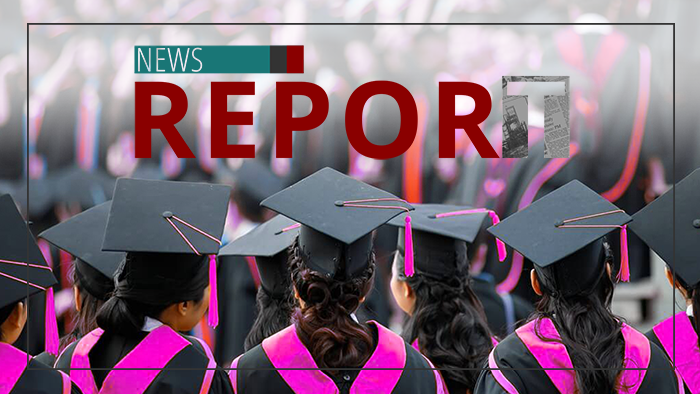