Polish Journalists on US Media Suppression 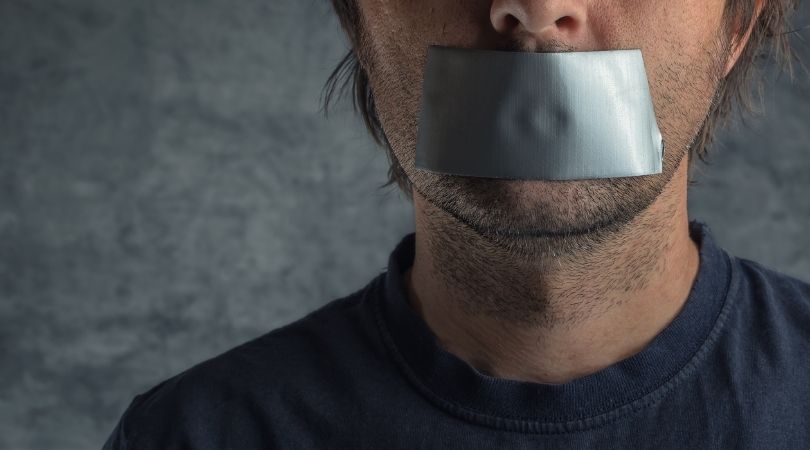 'Silencing the debate is dangerous'

WARSAW, Poland (ChurchMilitant.com) - Journalists in Poland — a post-Communist country painfully familiar with crackdowns on free speech — are weighing in on recent worrying developments in the United States.

An unprecedented, punitive purge of conservatives — including the president of the United States — from social media platforms like Twitter and Facebook has evoked an international response.

Some of the harshest criticism of big tech censorship is coming from Poland, which languished under Communist oppression for four decades.

In a recent article for Do Rzeczy, Wołczyk wrote: "Unlike President Trump, the Taliban and Nicolás Maduro, who have been accused by the United Nations of crimes against humanity, still have a Twitter account."

Investigative reporter Witold Gadowski had more to say. Gadowski, who is vice-president of the Association of Polish Journalists, warned that online censorship is "the germ of a new totalitarianism."

"Social media and mass media have fallen into few hands," he said in a recent interview with Do Rzeczy. "I call it a new era of financial feudalism."

Gadowski is not a stranger to censorship. He was smacked several times by YouTube for giving out "real information about the coronavirus," he said. "This means that I can see the problem."

The journalist is not one for just taking what the new overlords impose sitting down; he criticizes government officials who talk but do not act.

Unlike President Trump, the Taliban and Nicolás Maduro, who have been accused by the United Nations of crimes against humanity, still have a Twitter account.

"Until a government has the power to act, all declarations can be put in fairy-tale books. [The declarations] testify to the childishness of these politicians and their belief that the nation will buy every lie. I want to see specific actions, not just declarations," he emphasized.

He sees a chance to fight big tech if "we all rebel and raise the rebellion."

"We have little time for this, however," he warns, "because these are the tools of the new feudalism. Social media and mass media have fallen into the hands of the few."

Gadowski said he has reached out to the Ordo Iuris Institute, a legal institute in Poland dedicated to the promotion of human dignity and rights, to work toward protection of free speech and expression and toward pushing back against the new feudal overlords.

"I have just signed a letter requesting the introduction of regulations against companies offering social-networking services in Poland," he said, "which was prepared by the Ordo Iuris Institute."

Silencing the debate is dangerous. This is anti-American. Unfortunately, this is not a new tactic on the Left.

Gadowski advised other journalists and free-speech advocates to keep up the good fight. "You should do your job," he said. "I do it, and I have a large audience."

In her article, Wołczyk quoted Secretary of State Mike Pompeo, who had some words to say about the dangers of silencing opposition voices.

"Silencing the debate is dangerous. This is anti-American. Unfortunately, this is not a new tactic on the Left. [The leftists] have been trying to silence the voices of their opponents for years," wrote Mike Pompeo on his personal Twitter account. "We cannot allow them to silence 75 million Americans. This is not the Chinese Communist Party," Pompeo concluded.

President Trump appealed to Republicans multiple times during his four years in office to curb the power of big tech. His appeal went largely unheeded, and now the world is reeling from the after-effects of the Silicon Valley oligarchs' purge of free speech.