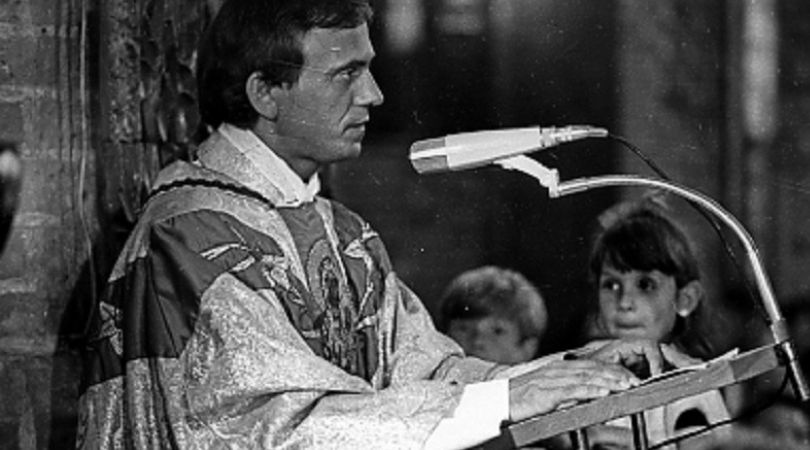 WARSAW, Poland (ChurchMilitant.com) - On Oct. 19, Poland celebrated the first National Day of Remembrance for Steadfast Clergy adopted by the Polish Parliament. The date coincides with the day Bl. Jerzy Popiełuszko was martyred 35 years ago by the Communist secret service.

"May these brave clergymen be an example and an inspiration to all of us to deepen our faith and work for the good of our temporal and eternal homeland," said Abp. Stanisław Gądecki, president of the Polish bishops' conference.

A solemn Mass and display of relics took place in St. Stanislaus Kostka Church in Warsaw where Bl. Popiełuszko (pronounced "pop-eh-WOOSH-ko") spent the last years of his life serving the working people of his parish, including those who belonged to the Solidarność (Solidarity) movement.

During the martial law days of the early 1980s, Fr. Popiełuszko celebrated regular mass for striking Polish workers and listened to their complaints when more fearful clergy declined.

He was an outspoken critic of totalitarian values.

"Kneel only before God," he advised, not the state.

In a homily, he said, "In our prayers, we include those who cannot be with us because they are in prison, that is the leaders of Solidarność as well as those imprisoned last month for independent thinking ... and all those imprisoned for their beliefs."

He added himself remembering the sacrifice of his fellow Poles.

"We commend our brothers who paid with their lives for the love of their country. We commend the school children of Garwolin who bravely stood up in the defense of Christ's cross," he said, adding, "We place at the altar of Christ, our Lord, with humility and faith, everything that connects us to the Country."

One of the priest's murderers later confessed that they forced his car off the road and threw him into the trunk of their vehicle. He managed to free himself from the trunk but was again beaten. Still alive, they taped his mouth, nose and head, throwing him again into the trunk.

Miraculously, he escaped one more time. The kidnappers slammed his head one last time with a club. Then, they tied bags of stones to his ankles, letting his body slip into the Vistula River just before midnight on Oct. 19, 1984.

Somehow, in the middle of this torture, they had managed to cut out his tongue.

His body — unrecognizable except for a birthmark — was found in a reservoir.

For years before his death, Popiełuszko suffered the persecution of the Communists. His telephone was bugged, his home firebombed and his car's steering mechanism sabotaged in an effort to silence him. He was interrogated for hours on end multiple times.

As a seminarian, too, Popiełuszko felt the iron hand of communism. When he was inducted into a two-year stint in the Communist army — despite an agreement exempting seminarians — he was found with a Rosary in his hand and was ordered to throw it on the ground and trample it. He refused and was severely punished.

The martyred priest embodies the thousands of steadfast and heroic Polish clergy celebrated on the national stage of Poland on Oct. 19.

The Act emphasizes that since the dawn of history in Poland "there are figures of steadfast, heroic clergy, for whom Christian ideas and faith in God are the basis for apostolate, pious life and the pursuit of holiness, but also constitute an additional motivation to act for the benefit of the earthly Homeland — its development, sovereignty and prosperity."

The archbishop added, "Remembering Fr. Jerzy Popiełuszko, we remember the unswerving priests who preached the Gospel, served God and people in the most terrible times and had the courage not only to suffer for the Faith but to give what is most dear to men: their lives."

Over 3,000 Polish clergymen have been documented as giving their lives for their faith in the face of the horrors of the 20th century.

"They were victims of two totalitarian regimes ... that of Nazi Germany, symbolized by Saint Maximilian Maria Kolbe, and ... all the victims who died in the East, as a result of communist repression, symbolized by Blessed Fr. Jerzy Popiełuszko," Abp. Stanisław Budzik of Lublin has said of his countrymen's sacrifice.

A list of the 3,000 Polish priest-martyrs who bore witness to the Faith in the times of totalitarianism in the 20th century, was compiled by the seminarians of the seminary in Tarnów.

"They must not be forgotten, rather they must be remembered and their lives documented. The names of many are unknown; the names of some have been denigrated by their persecutors, who tried to add disgrace to martyrdom; the names of others have been concealed by their executioners," said Pope St. John Paul II in Rome in 2000.

On the eve of the anniversary, Polish President Andrzej Duda laid a wreath of green, red and white flowers at Fr. Popiełuszko's grave in Warsaw. He told reporters during the ceremony that Popiełuszko was a key figure in modern Polish history and that his death three decades ago was a defining moment on his country's road to freedom from Communist oppression.

Commentators have noted in retrospect Popiełuszko's "murder in 1984 marked the mid-point between two cataclysmic events that put nails in the coffin of communism: John Paul II's June 1979 visit to Poland and the crucial free elections held in Poland in June 1989."

Blessed Jerzy Popiełuszko represents one of many Polish priest-martyrs who suffered at the hands of atheistic communism in the 20th century, and now Poland has set aside a special national day each year to commemorate them. 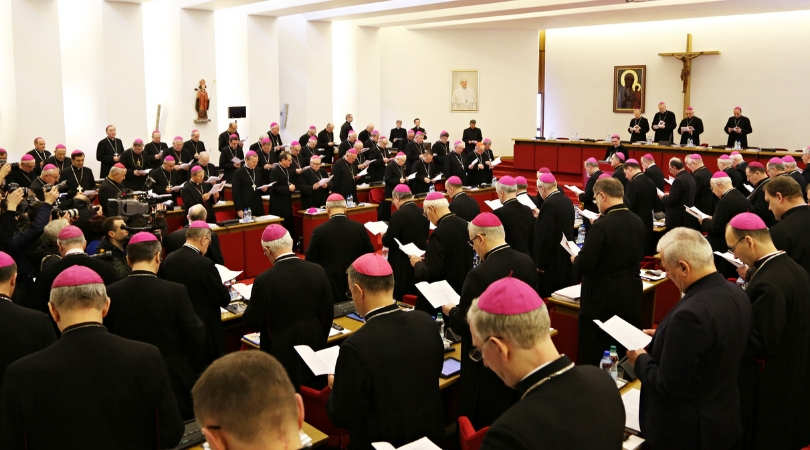