Rosary to the Gates of Heaven 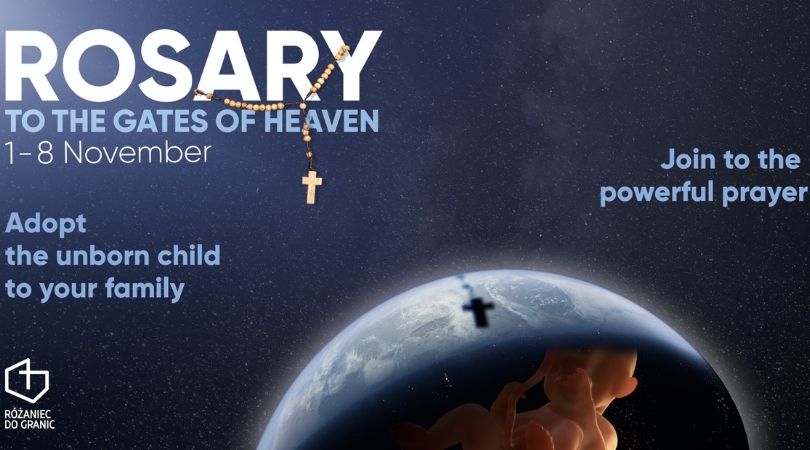 WARSAW, Poland (ChurchMilitant.com) - Faithful laity in Poland are inviting people from around the world to pray together this week in atonement for sins against the lives of unborn children.

Polish pro-life lay organizations, including "the Great Penance," "Rosary to the Borders" and "Poland Under the Cross," are calling for the faithful to participate in the "Rosary to the Gates of Heaven" campaign. They are designating Nov. 1–8, the Octave of All Saints, as a time of concerted prayer. They're encouraging participants to pray the Rosary as they beg forgiveness from God for the rejection of every conceived child — past, present and future.

"Anyone who decides to join is the most important and central organizer!" they emphasize. "It can be a family, a chapel, a church, a parish or a diocese, a community, a group of people, a prayer group, a forgotten and lonely person, a homeless person or the president."

Offsetting the challenge of different locations and time zones as well as the limitations imposed by the pandemic, they urge people to pray wherever they are — at home, in a Church, in a cemetery — and whenever they can within the octave.

"Nothing will happen without you!" they point out.

The organizers encourage a prayer pattern. It includes an apology to the babies who have been killed through abortion: "All unborn children killed in our families, those we know about and those that are unknown to us, we apologize to you and we want to take your forgiveness to heart."

They're encouraging participants to pray the Rosary as they beg forgiveness from God for the rejection of every conceived child — past, present and future.

And to these baby saints, they beg a prayer:

Please, if you are already seeing God face to face, intercede for us so that death would not have access to our families. We ask you to pray for Poland and the whole world, so that it will return to God the Father, our Creator. Through Christ our Lord. Amen.

In a reference to St. Faustina, who called all to be a spark of God's love in the world, they urge: "[B]ecome the spark that will ignite those who 'sit on the couch.' If you and I don't [become the spark], darkness will flood the last lights of faith."

They urge participants to reconcile themselves with God as they bear in mind the rejection of the most beautiful gifts of God's love — human life. They say:

Let us stand together in a prayer for atonement! Let us wake up to fight and intercede for us and for the whole world billions of holy and pure souls of unborn children who, as the most beautiful gifts of God's Love, have been rejected in our families.

They ask for a communal "turning to God the Father with a prayer for forgiveness for our loved ones (who throughout the history of the family) contributed to the rejection of the Gift of Love."

Speaking to the immeasurable loss created by the sin of abortion, they write:

They [who have participated in the culture of death] diminished this world by billions of smiles, good deeds, tenderness and love that Heaven, our God, Creator, Father, Savior and our best Friend, gave us through them. Wounded love waits for apologies, for the gift of selfless sacrifice and devotion. ... Sin is a wound, it causes havoc. This wound must therefore be healed and the havoc must be eliminated.

The initiative has already attracted thousands of participants across the world.

On the Heels of Pro-Abortion Chaos

The Rosary campaign comes in the wake of leftist pro-abortion protests that have swept Poland Oct. 22, when the Constitutional Tribunal declared eugenic abortion unconstitutional, and thereafter.

The Rosary campaign comes in the wake of leftist pro-abortion protests.

Leftists protested in front of St. John's Cathedral in Wrocław. Police and laymen protected the cathedral. A Franciscan priest performed an exorcism.

Statues across Poland have been targeted. Statues of Pope St. John Paul II — a great defender of the right to life — have been vandalized in Poznań, Konstancin-Jeziorna, Warsaw and neighboring Wołomin. Last week, in Wołomin, a man was brutally attacked by pro-abortion protesters with bats while he was protecting a statute of the sainted pope.

The pro-abortion protests had reached such a peak that on Oct. 27, Solidarity trade union chief, Piotr Duda, issued a call to all union members to join in the defense of churches and holy sites. The trade union chief said:

I am asking you to join the activities of the National Guard or other spontaneously formed groups protecting our churches. Also, stay in touch with your pastors. In the past, we could count on their help. Today they need this help from us.

With the resolve of the organizers of Rosary to the Gates of Heaven campaign, he said: "I personally, as a Catholic, but also a man of Solidarity, will also not be passive in this situation."

Paweł Lisicki, the chief editor of Do Rzeczy, a respected Polish media outlet, compares the attack of pro-abortion protesters against churches to methods used by Poland's occupiers in the past.

An on-the-ground Church Militant source, who wishes to remain anonymous, said the Rosary to the Gates of Heaven campaign represents "our hope" against the new occupiers. Poles have always taken up their Rosaries in times of attack, including attacks against their most vulnerable.

For more information about the prayer campaign, email: rosarytotheheavensgate@kuBogu.com.pl. 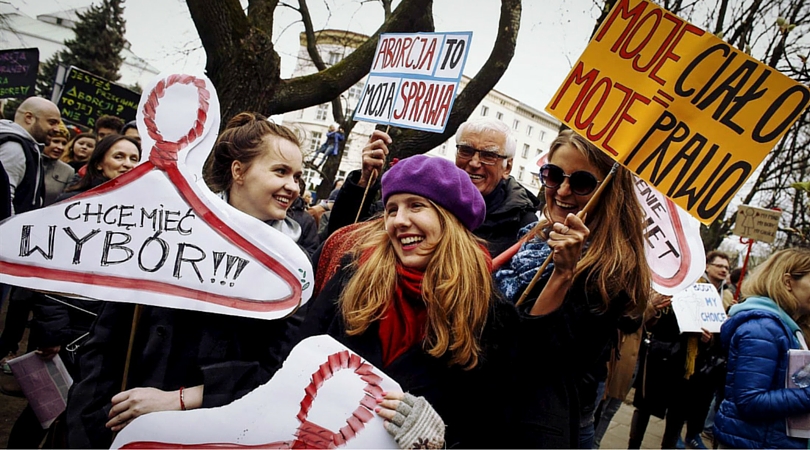