Prayers and anniversaries stand in contrast with pro-abortion protest

WARSAW, Poland (ChurchMilitant.com) - As Catholics in Poland prepare for a national Rosary rally, foreign interests and secular agendas are agitating to reshape the country in their own image.

Catholics in Poland are planning a prayer initiative called "Rosary to the Borders" on Saturday, October 7. In this prayer initiative, over a million people will pray 20 mysteries of the most Holy Rosary simultaneously. It will take place at hundreds of churches all along Poland's borders, as well as airports and other locations throughout the nation.

Saturday's Rosary will ask God to bestow His blessing upon both Poland and the world through Mary's intercession. One of the event's organizers, Maciej Bodasiński, said to Catholic news outlet Niedziela, "This is a request for the Creator to give suitable inspiration to the people responsible for all the places where man lives and works."

Saturday, October 7 is the Feast of Our Lady of the Rosary. It commemorates the Battle of Lepanto, a 1571 naval battle where a coalition of Christian powers fended off an overwhelming Muslim Turkish force. The stunning Christian victory was attributed to the intercessory power of Our Lady.

Organizers say that they are invoking that same powerful intercession for their country and the whole world.

In the past year, Poland has seen an abundance of Catholic spiritual initiatives. The government declared 2017 a national Jubilee Year, owing to the 300th anniversary of the coronation of Our Lady of Częstochowa, a sacred image of the Blessed Virgin with the Child Jesus. Tradition holds that this painting, known as the "Black Madonna" for its dark coloration owing to centuries of candle-smoke, was painted by St. Luke the Evangelist.

A canonical coronation — such as the one the Black Madonna received in 1717 — is a respect which a Pope can pay to a particular image or apparition, recommending it to the faithful and having a brilliant crown added to the image.

Huge crowds of pilgrims celebrated the coronation anniversary in late August with various processions, Masses and concerts. Pope Francis penned a special message to the faithful in Poland for the occasion.

On September 10, about 80,000 faithful attended Mass and ceremonies honoring the 140th anniversary of Our Lady's apparitions at Gietrzwałd — a Church-approved series of miraculous appearances by Our Lady in 1877 to two young girls in a small town in northeastern Poland.

While Poland's Catholic heritage is coming to the forefront, the country is also experiencing some international pressure to drift away from this identity.

Just this Tuesday, a few thousand pro-abortion activists gathered in Warsaw and other major cities to march in the "Black Protest," so named because participants wear black clothing. This pro-abortion march made international headlines last year and had a noticeably smaller turnout this year.

Polish law currently only allows abortion in cases of rape, endangerment to the mother's health or when the unborn child is diagnosed with certain serious conditions. The Black Protest was in opposition to this policy. It was also a reaction to parliament bill which, if passed, would require a doctor's prescription for obtaining abortifacient pills.

The Black Protest casts itself as a grassroots movement. But Ordo Iuris, an independent legal organization, indicated on Tuesday that the Black Protest receives about 1 million złotych — $270,000 U.S. in the current exchange rate — from international "family planning" and population control organizations.

Regarding Tuesday's pro-abortion Black Protest, Polish journalist Tomasz Terlikowski points out, "The Rosary attracts more people in Poland than all these Black Protests." This is in reference to Saturday's "Rosary to the Borders."

Catholics around the world will join the faithful in Poland for the "Rosary to the Borders." A map of participants' locations, both in Poland and worldwide, can be found here. The Rosary will begin at "14.00" (2:00 p.m.) local time — Central European Summer Time. For readers in the Americas, that is 8:00 a.m. ET. 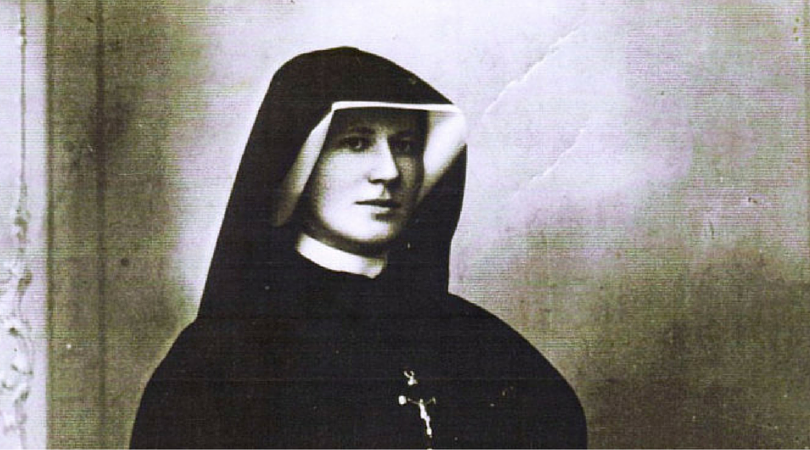