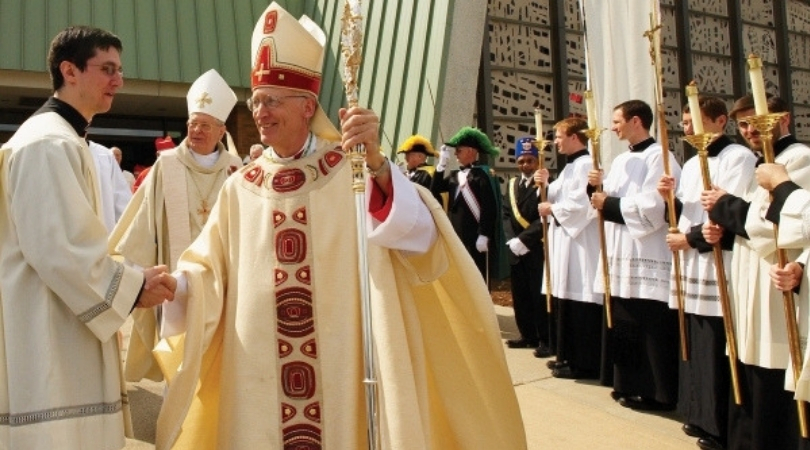 The case of Fr. Mathew Arackal in the Lansing diocese highlights lack of protections for adults

LANSING, Mich. (ChurchMilitant.com) - Adult victims of abuse are not being protected in the diocese of Lansing, Michigan. One recent case involves that of Fr. "Mathew Joseph," an alternate name used in the United States by a priest from India, Fr. Mathew Arackal, M.C.B.S., accused by a woman in the diocese of Lansing last year of sexual misconduct.

After leaving St. Joseph's School (K-12) in Kerala, India, in 2016, he came to the United States, where at least three different Catholic dioceses accepted Fr. Mathew for priestly ministry, then removed him later for misconduct and/or abuse and afterward transferred him to a new diocese. Reasons cited for removal include:

Father Mathew was assigned to Memphis, Tennessee, from 2001–2007, but audio recordings show that the diocese of Memphis refused to answer questions once Fr. Mathew's name was mentioned.

The diocese of Saginaw accepted Fr. Mathew in 2017, despite the fact that his faculties were removed earlier that year in Florida. He was removed by the diocese in 2018.

Then in 2018, the diocese of Lansing accepted Fr. Mathew to serve as a parish priest — even after they were notified of his removal from the diocese of Saginaw for "limited pastoral skills."

Father Mathew's priestly faculties were removed by the diocese of St. Augustine in 2017 following credible "complaints against his ministry." According to letters and emails, both the diocese of Saginaw and the diocese of Lansing claim they were unaware that he had a previous assignment in Florida.

Contrary to these claims, U.S. Citizenship and Immigration Services (USCIS) requires that each diocese maintain "proof of previous employment" with "IRS documents." These documents would show Fr. Mathew's compensation from the diocese of St. Augustine, Florida, from Nov. 14, 2016, to June 26, 2017.

Father Mathew was employed under an R1 Visa. USCIS requires all dioceses to report the termination or transfer of foreign priests that hold an R1 Visa to the USCIS within 14 days. The diocese of St. Augustine said by email that they did not know where Fr. Mathew went after they removed his faculties, and they had a "mutually acceptable" "departure."

If Fr. Mathew simply departed but was not transferred to a new employer, he would have been required to immediately leave the United States, which did not happen.

In the diocese of Lansing, Fr. Karl Pung, the vicar of clergy, decided that an allegation of grooming and sexual harassment made by an adult female parishioner against Fr. Mathew was credible on Aug. 3, 2018.

Seven days later, on Aug. 10, 2018, the diocese placed the credibly accused priest — with a known history of unprincipled behavior — back into ministry at the same parish where the alleged sexual harassment occurred.

Lansing's Bp. Earl Boyea signed off on this action, which was recommended by Fr. Pung.

The adult accuser who claimed she was sexually harassed by Fr. Mathew says she was told by the diocese of Lansing that she should avoid him, even though he was still working at her parish.

By email, Fr. Pung told her that he was "still learning" how to do his job. She says that Fr. Pung did not care about the fear and suffering associated with knowing that a sexually abusive priest remained in spiritual authority over women and children.

When Fr. Mathew "Joseph" was returned to St. John the Evangelist in Fenton, Michigan, Fr. Robert Copeland (pastor of the parish) tried to protect his parishioners. Three days after Fr. Mathew returned, adults and a child came forward and reported additional allegations to the diocese.

Three days after Fr. Mathew returned, adults and a child came forward and reported additional allegations to the diocese.

On Aug. 17, 2018, Fr. Mathew was moved into a home with investigator and the vicar for clergy, Fr. Pung. He was removed from ministry by the diocese of Lansing on Aug. 18. Finally, on Aug. 24, Fr. Mathew was flown back to India.

In an email dated March 25, 2019, the diocese of Lansing reported that they were told Fr. Mathew now resides with his provincial in Kerala, India, and he does not have an assignment. No prohibitions are in place that prevent him from relocation or active ministry, including returning to ministry in the United States.

How did this happen?

Bishop Boyea committed grave negligence against his own flock by excluding victims of abuse who are not minors (namely, lay adults and other members of the clergy) from more than 27 protections for victims of misconduct laid out in diocesan policy 2.1.9.

Recently, on July 1, 2019, the diocese of Lansing updated its policies, but adults and clergy are still not protected from sexual harassment by policies in its employee handbook.

The diocese's definition of sexual harassment only applies to those who abuse employees and victims who are employees. Clergy in the diocese are independent contractors, and lay adults are not usually Church employees, so they are not protected from sexual harassment.

The lack of written protections or principles to guide the care of victimized adults and/or clergy allows Fr. Pung and Bp. Boyea to do as they please with priests who engage in misconduct or abuse.

In addition, policy 2.1.5.4-2 allows attorneys for the diocese to cover up and support Fr. Pung and Bp. Boyea's actions by destroying evidence, documents and electronic media related to misconduct, abuse or neglect of adults and other clergy.

The following is a list of policies approved by Bp. Boyea which contributed to this grave negligence:

1. Attorneys can destroy allegations of misconduct, abuse or neglect from adults and clergy at will. (2.1.5.4)

2. There are no mandatory consequences for sexual advances and grooming by clergy towards adults. (Code of Conduct)

3. Misconduct, abuse or neglect of adults and clergy is excluded from external audits. (See public statements and audit letter)

4. Adults and clergy are excluded from protections intended for victims of misconduct, including (2.1.9):

5. Clergy are moved to canon law court, and only employees are protected from sexual harassment. (July 1, 2019, Employee Handbook)

Could this happen again?

Certainly, due to negligence in the human resources department and poor policies approved by Bp. Boyea, there may be other priests in ministry for the diocese of Lansing who are using an alternate name, have provided a false work history and have had their faculties removed for poor conduct in other dioceses in the United States.

In addition, adults still fall outside protection from abuse in the Catholic Church. This is how priests like Fr. Mathew get letters of good standing from dioceses across the United States, even when their faculties have been removed multiple times.

Has the diocese of Lansing ended Fr. Mathew's global tour of credible allegations of abuse and complaints of unprincipled activity?

Not likely; the diocese did not warn the public that Fr. Mathew was credibly accused of abuse until the day news of his removal by the diocese hit the press on Oct. 25, 2018 — 68 days after he was removed from public ministry.

Since the diocese of Lansing continued to use Fr. Mathew's alternate name (Fr. "Mathew Joseph"), a search for "Fr. Matthew Arackal M.C.B.S" will not find evidence of his history of being credibly accused of "sexual harassment" in Lansing in 2018; "limited pastoral skills" in Saginaw in 2018; or "complaints about his ministry" in St. Augustine, Florida, in 2017.

Father "Joseph" is listed as Fr. Arackal in multiple locations cited in his work history in India.

In an attempt to justify his actions, Fr. Karl Pung says he did not understand that Fr. Mathew's unwanted and repetitious requests that an adult accuser (the alleged victim) recount for him the explicit details of sex acts and rape constituted sexual harassment.

The female adult accuser of Fr. Mathew proceeded to educate Fr. Pung (the investigator for sex abuse for the diocese) as to what sexual harassment is.

By email she responded to him:

I'm not sure what's more disturbing ... that the Diocese of Lansing can't seem to understand what sexual harassment is, or that he was allowed to have access to people after any of the behavior he displayed. It seems like the diocese needs help, so I'm going to help. "Uninvited or unwanted verbal or physical behavior of a sexual nature, especially by a person in authority toward a subordinate." That's the definition of sexual harassment.

What can Bp. Boyea do to fix this broken system?

What does the adult woman have to say one year later?

It has been over a year since I reported my abuse at the hands of a priest employed by the Diocese of Lansing. There are still no protections for lay adults like myself from sexual abuse and violations of fiduciary duty by clergy. In my opinion, there has been no change in policy because the Diocese is aware that sexual abuse and boundary violations against adults are epidemic. It's discriminatory, and an effort to avoid the consequences of dealing with this problem. What was done to me, and what was not done for me in response has caused great pain.

I still feel that pain today, and I will feel it for the rest of my life. It's sad and wrong that the standard of conduct towards adults is so low that verbal sexual abuse, sexual advances, and sexual abuse through violation of fiduciary duty are minimized as "misconduct" or "lapses in celibacy." It's sad and wrong that there is little to no spiritual help available because almost all ministries and clergy in this Diocese "can't help with that sort of thing." I agree that that's true, but it's lack of skill by choice. This is a lack of policy protections by choice. What I would like to say to Bishop Boyea, Fr. Karl Pung, and the other staff involved in this negligence is that abuse towards adults should matter to them. It should matter to them because it matters to God.

View the source documents for this report here. 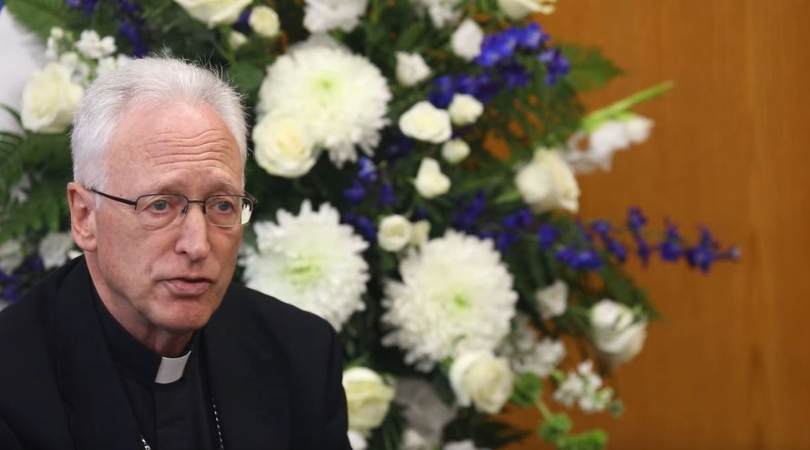 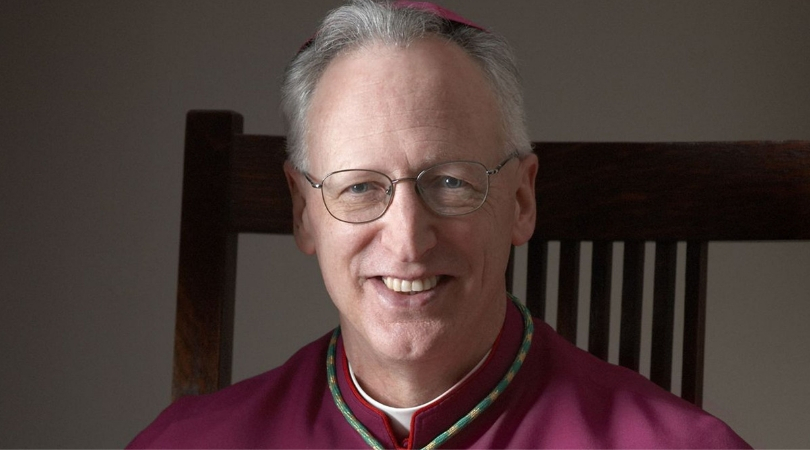