Thousands of Catholics Rally to Defend Archbishop Against LGBT Attacks 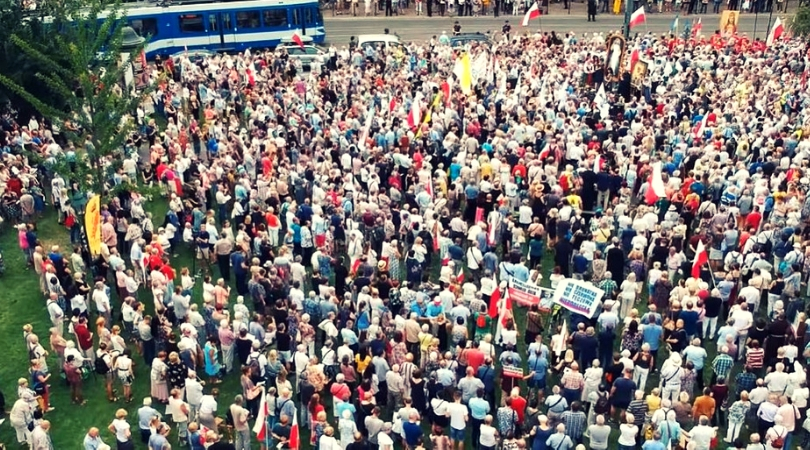 Archbishop Marek Jędraszewski of Krakow spoke against LGBT ideology in a homily on Aug. 1, saying that Poland is experiencing "a siege from the 'rainbow disease' of LGBT activism."

The archbishop got blowback from pro-LGBT leftists for calling the LGBT agenda "neo-Marxist" and a "rainbow disease."

Several thousand Polish Catholics rallied in Krakow on Saturday to show their support for Abp. Jędraszewski. Those in attendance recited the Rosary and a number of other prayers.

A video of the rally shows a large crowd in attendance, including a number of priests in collars and consecrated religious in habits. It has been estimated that as many as 5,000 people participated in the event.

Banners and signs at the event appeared to call for a "wall of grace" around the archbishop.

At the end of the day's events, a proclamation was read aloud.

It stated in part, "From this place we appeal to our Polish priests, don't be afraid to preach the truth according to the Gospel, speak up about the dangers to our children, our families, our Church, which is also to Poland and its Christian values!"

Another part of the statement said:

Before our eyes the many-headed hydra of ferocious anticlericalism is rising up and attacking Catholics, and priests in particular, not only by word but also by deed. ... We see aggressive attacks on priests and atrocious blasphemies and desecrations during the so-called equality parades. We can see that Catholic opinions are being ignored and removed from the Internet and public spaces. We cannot remain indifferent to the surge of hatred against Catholics and our places of worship. Only last year over thirty Polish churches, chapels and Catholic cemeteries were desecrated! This year, attacks on priests have started as well! We mustn't allow that to happen!

Poland has the reputation of being a Catholic stronghold in Europe. Nearly 86% of Poles identify as Catholic, and more than half (54%) of Poles report attending religious services at least once a week.

But in recent months, the country has seen violent assaults on Catholic priests. A man attacked a priest in June in Wrocław, stabbing him repeatedly with a knife. Another priest was beaten by three men in late July in the sacristy at a church in Szczecin.

We cannot remain indifferent to the surge of hatred against Catholics and our places of worship.

Multiple bishops have expressed their support for Abp. Jędraszewski and his comments against LGBT ideology.

Bishop Wiesław Mering of the Włocławek diocese told an interviewer, "After all, the archbishop did not say anything other than what every normal, sound person should think — whether a layman, priest or bishop."

Bishop Mering expressed feelings of "appreciation and admiration" for Abp. Jędraszewski's "courage" in speaking out against the LGBT agenda.

Likewise, Abp. Stanisław Gądecki of the archdiocese of Poznań stated that the backlash against Abp. Jędraszewski is a symptom of pro-LGBT "ideological totalitarianism."

"For my part," the cardinal stated, "I do not see anything inappropriate in the content of this homily, but, on the contrary, a realistic interpretation of reality and a sense of responsibility which guided you in defending the truth and good and God's law against the currently imposed ideology."

"In the name of this ideology," he noted, "extremely vulgar offenses to the holiest things for us have been allowed: the Eucharist, the Blessed Virgin Mary and the priesthood."

Archbishop Stanisław Nowak, archbishop emeritus of the archdiocese of Częstochowa, reportedly said that he and many other Polish bishops support Abp. Jędraszewski's bold stance.

After all, the archbishop did not say anything other than what every normal, sound person should think — whether a layman, priest or bishop.

Polish clergy are not the only ones speaking out in support of Abp. Jędraszewski. In the Czech Republic, Cdl. Dominik Duka of the Prague archdiocese issued a statement of support.

But there are also some Catholic clergy who have spoken out against Abp. Jędraszewski.

In the United States, pro-gay Jesuit priest Fr. James Martin argued against the Polish archbishop's comments, saying on Twitter, "Such language, such incendiary comparisons, only promote hatred and violence against LGBTQ people."

Father Martin alluded to the idea that gay people are born that way, saying that "people don't 'become' LGBTQ because of an 'ideology.'"

In Poland, Dominican priest Fr. Paweł Gużyński spoke out against Abp. Jędraszewski's comments and called for a letter-writing campaign to demand the archbishop's resignation. Some faithful Catholics pushed back, and Fr. Gużyński was reportedly punished by his superiors with a three-week penitential retreat at a monastery. 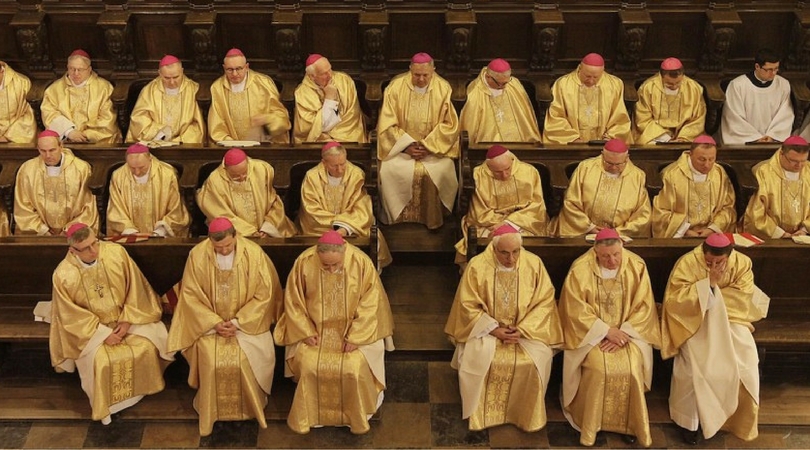