Polish Leader: Poland Can Be Renewed Only Through Catholicism 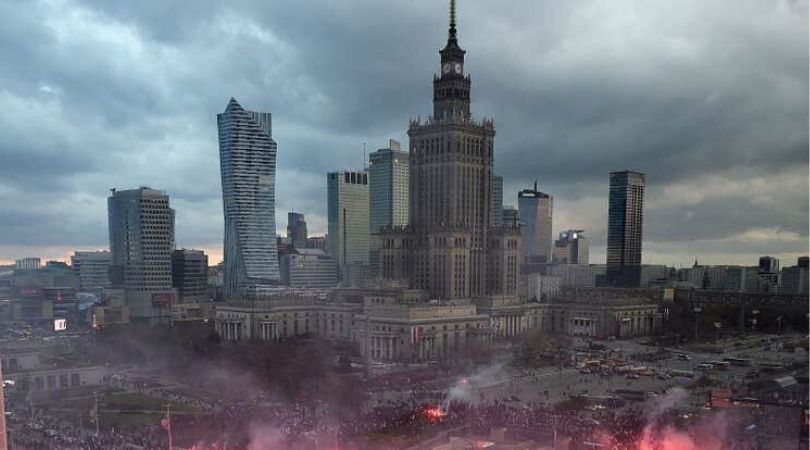 'Poland Is Not Yet Lost'

WARSAW, Poland (ChurchMilitant.com) - The Poles are once again affirming the Catholic Faith as a national leader declared on the occasion of Poland's 101th Independence Day that only by referring to Catholic values ​​can a moral renewal of the nation occur.

President of the Independence March Association Robert Bąkiewicz in an interview with Television Trwam said, "In today's difficult times, we should call upon the Mother of God because only she can help here." He said it was Święta Matka Boża who will help as the nation is being attacked by Marxism, the family is being fought and the children are being perverted in schools.

Bąkiewicz organized the Nov. 11 march in Warsaw that saw, by some estimates, 150,000 Poles carrying white and red Polish flags. Participants marched holding banners of the Sacred Heart of Divine Mercy. They chanted "Look after the whole nation," a line from a traditional song calling on Mary to protect the country, that harkens back to the days of the Polish partition.

Tens of thousands marched down Aleje Jerozolimskie street, to Poniatowski Bridge over the Vistula River and headed toward the National Stadium where the march concluded, a source who attended told Church Militant.

"Poles have found that here there is a wonderful, sublime mood and they just come," the president of the march said. "They know it's safe and what the left-liberal media write is a bunch of lies."

It was on November 11, 1918 that Poland regained its independence and found its way back onto the map of Europe after over a century of geographic non-existence having been partitioned by Russia, Prussia and Austria. The famous Polish patriot Tadeusz Kościuszko fought against the superior forces of the Russian Empire but was unsuccessful and in 1795 the Polish commonwealth ceased to exist.

In an ironic twist of fate, Kościuszko played a critical role in the success of the American revolution offering his services to General George Washington and the revolutionary cause. He masterminded a key British defeat at Saratoga and oversaw the building of military fortifications at West Point only to return home to see Poland defeated.

Two years after the final partition, the partitioning powers signed a secret, separate document that sought to "abolish everything which could revive the memory of the existence of the Kingdom of Poland." In particular, the words "Poland" and "Polish" were deemed politically incorrect and to be avoided. Poland and Polish history, culture and language were subjugated into what one French writer called "nowhere." Poland emerged from this state of non-being in 1918, two years before St. Pope John Paul II was born in Wadowice.

Participants could also be heard singing the Polish national anthem "Dabrowski's Mazurka," also referred to by its incipit "Poland is not yet lost." The lyrics were written two years after the final partition of Poland, when Poland had become "nowhere." But the anthem expresses the idea that the nation of Poland, despite lacking an independent state of their own, had not — and would not — disappear as long as the Polish people were still alive and fighting in its name.

#Poland ���� #IndependenceDay
In Nov 1918, after 123 years of partitions, Poland regained freedom✌️.
Learn more about the role of diplomacy during the time of Poland's rebirth.
��High resolution infographic:https://t.co/xts1oRgBtn pic.twitter.com/Ko2GDhPW5Q

Police said there were no major incidents during the event, but also reported that counter-protestors were blocked from interacting with marchers.

The Independence holiday was constituted in 1937 but was celebrated only twice before World War II. After the war, the communist authorities of the People's Republic of Poland banned Independence Day from the calendar. Bąkiewicz' march represents the tenth march held in Poland in recent years.

Bąkiewicz spoke to the role priests must play in maintaining the Catholic spirit of the nation, especially "in very hard times, which are times of departure from faith."

We want this march to represent "a point of turning back to national and Catholic values," the organizer noted. 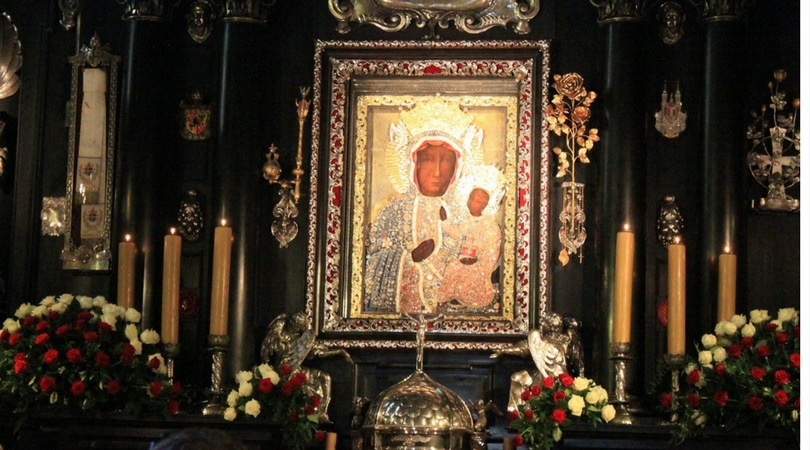