2017 marks 300th anniversary of coronation of Our Lady of Czestochowa

WARSAW (ChurchMilitant.com) - The Polish Parliament has declared 2017 a Jubilee year, commemorating the 300th anniversary of the crowning of the image of Our Lady of Czestochowa.

In the official resolution, Poland's lower house, the Sejm, stated, "Polish Sejm, convinced of the special importance of Marian devotion for our homeland – not only in the religious aspect but also social, cultural and patriotic – establishes 2017 [as] the Year of the 300th anniversary of the Coronation of the image of Our Lady of Czestochowa."

The resolution called "the image of the Mother of God at Jasna Góra one of the most important religious and material national treasures." Pope Clement XI canonically crowned the image of Our Lady of Czestochowa on September 8, 1717.

A canonical coronation is a official papal act where the Pope designates that a crown, halo or tiara be used for a particular devotion, usually centered on Jesus or Mary. To commence the Jubilee, Abp. Stanislaw Gadecki celebrated Mass September 8, 2016 at the Jasna Góra monastery, the location where the devotion began.

Father Marian Waligóra, superior of the monastery, commented that the Polish parliament's resolution acknowledges "the achievements of this place in the history of the whole of our land, the importance of Jasna Góra as a place in our history and religious center for the whole Church and all Catholics."

On December 8, a plenary indulgence was intitiated by Pope Francis in honor of Our Lady of Czestochowa. A spokesman for the Vatican remarked, "I bring you a special gift of the Holy Father, which is a plenary indulgence for all pilgrims, who during the jubilee year, piously visit the Shrine of Jasna Gora, the spiritual capital of our nation." 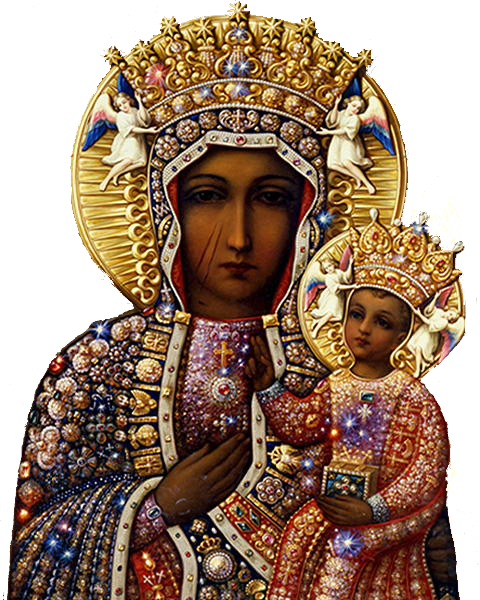 Krzysztof Nykiel, the regent of the Apostolic Penitentiary, said, "I hope and now we must pray together, that in this way the Poles will once again invite Mary into the home, the family, into our lives to become truly our Queen, in order to become a bridge leading to God."

In July 2016, Pope Francis celebrated Mass at the Shrine of Our Lady of Czestochowa on the 105th anniversary of Poland's becoming a Catholic nation. In his homily, Francis commented on the importance of Mary, and in particular Our Lady of Czestochowa, to the Christian life. "At Cana, as here in Jasna Góra, Mary offers us her nearness and helps us to discover what we need to live life to the full," he said.

Pope Francis went on, "Now as then, She does this with a mother's love, by Her presence and counsel, teaching us to avoid hasty decisions and grumbling in our communities. As the Mother of a family, She wants to keep us together."

In 1991, Czestochowa was the site of the first World Youth Day, which was one of the most important events in the Catholic Church's history after the end of the Cold War.

The tradition of the Catholic Church teaches that the image of Our Lady of Czestochowa was created by St. Luke on a table built by Christ. The icon was discovered by St. Helena, mother of Emperor Constantine, who brought the icon to Constantinople.

Her son went on to build a shrine in honor of the image, where it remained for more than 500 years, until it was moved to a section of Russia that later became Poland.

Last November, Poland also officially proclaimed Christ the King. The bishops, in the presence of Polish president Andrzej Duda, performed an official act of recognition on November 19, at the Church of Divine Mercy in Krakow. The act was repeated in all Polish cathedrals and parishes the following Sunday.