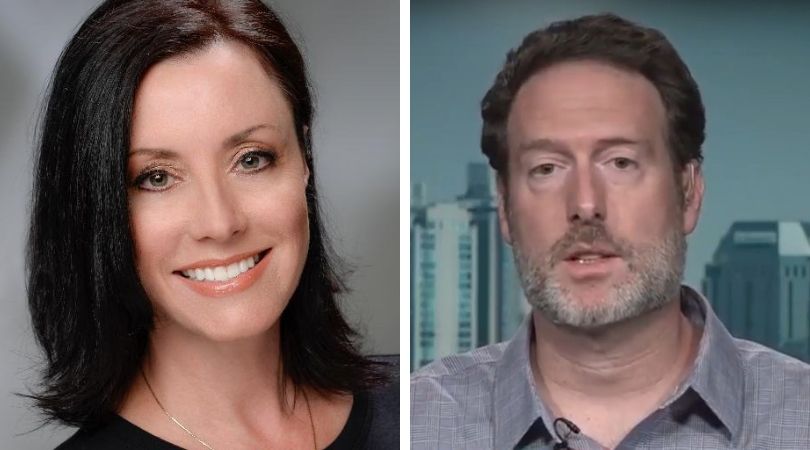 Judy Keane is currently on leave

WASHINGTON (ChurchMilitant.com) - Some liberal Catholics and an associate professor of religious and Africana studies have criticized the director of public affairs for the U.S. Conference of Catholic Bishops (USCCB) for her conservative-leaning activity on Twitter.

The Washington Post published an article on Thursday titled "The spokeswoman for America's Catholic bishops stirs criticism among Catholics with her pro-Trump tweets."

Judy Keane, who has been anchoring a recent news series for the USCCB, has liked or responded to some conservative-leaning tweets on her personal Twitter account.

The author of The Washington Post article covers three people who have taken issue with Keane's Twitter activity in which she expressed support for President Trump and opposition to Rep. Alexandria Ocasio-Cortez (D-N.Y.) and Sen. Kamala Harris (D-Calif.).

"The @USCCB communications director @JKeanePR liked a tweeted article saying @AOC deserved a 'Nobel Prize in Stupidity.' This is a series of juvenile & unchristian social media conduct from the Catholic bishop's top spokesperson," said Christopher Hale in a reply tweet.

Hale is a contributor to Time and a Democrat contributor to Fox News. He has worked as a Catholic non-profit executive and helped lead faith outreach for former President Barack Obama.

Some of his contributions to Time include "Trump-Pence is the Most Anti-Catholic Republican Ticket in Modern History," "Why Heaven Can Have a Gate But the U.S. Shouldn't Have a Wall" and "Donald Trump's Anti-Christian Campaign."

In an article Hale wrote for Time when the U.S. Supreme Court made same-sex marriage the law of the land in 2015, he wrote:

There's nothing more important in my life than being Catholic and a part of the universal Church of Jesus Christ. For me, it's not just membership in a fraternal organization or civic group, but in a family that gives me my identity, my roots, and my wings. I take my faith's teaching on every issue — including gay marriage — seriously, but I, too, can't help but feel joy for my LGBT friends who celebrated Friday's decision.

Anthea Butler took issue with one of Keane's tweets regarding the success of the economy under President Trump.

"Lowest unemployment rate EVER, incredibly robust economy under Pres. Trump - is that also fictional? Facts are stubborn things beyond a typo," tweeted Keane.

Butler responded, "If the @USCCB don't at least reprimand @JkeanePr for her tweet, then I have to wonder what message they are hoping to send out with someone who is supposed to be working for their office instead of the President."

Butler is the graduate chair and associate professor of religious studies and Africana studies at the University of Pennsylvania.

She writes opinion pieces on politics, religion and race for The Guardian, The Washington Post and The New York Times.

Butler is no stranger to tweeting her own political leanings.

So I spent my time in the rain this morning talking to a white republican. It's going to take a long time to get the ignorance and the damage done by Fox news, Brietbart and all that ish out of the minds of folks

In another tweet from that same thread, she said, "I took the spanish sticker in front of him ON PURPOSE."

In a piece for Commonweal magazine, John Gehring also took issue with some of Keane's Twitter activity.

"A few tweets might seem like a minor thing," he said about some of Keane's conservative-leaning tweets. "Yet they are in keeping with a larger trend: the conference's general shift to the right over the past fifteen years."

Gehring is the author of The Francis Effect: A Radical Pope's Challenge to the American Catholic Church and has contributed to The New York Times, The Washington Post, USA Today, Los Angeles Times, CNN, Time, Politico, Crux, Commonweal, America and the National Catholic Reporter.

He is currently the Catholic Program Direct at Faith in Public Life, which according to the website, "has played an important role in changing the narrative about the role of faith in politics, winning major progressive policy victories, and empowering new religious leaders to fight for social justice and the common good."

Keane is on leave from her work for the USCCB this week, although the nature of Keane's leave is unclear.

"The Conference is nonpartisan and does not endorse political candidates, said James Rogers, chief communications officer for the USCCB. "We take this very seriously."