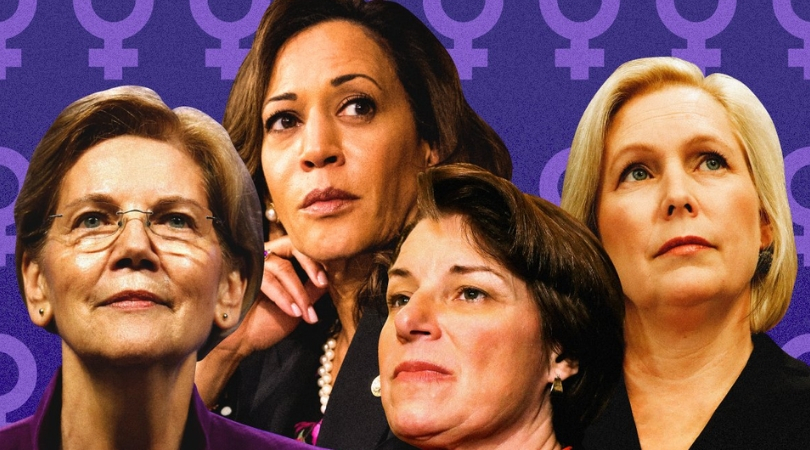 Rassmussen's latest survey, published Friday, shows that only one-third of Americans (33%) think it would be better if women held more political positions than men. Fully 12% think it would be worse, while 45% believe it would have no impact. Ten percent remain unsure.

The numbers show that Americans aren't necessarily enthusiastic with Democrats' — and Republicans' — attempts to boost the number of women in their parties. While Republicans have been busy trying to recruit more female candidates, and Democrats have touted the record-breaking number of women elected in the midterms, everyday Americans don't seem as concerned with such goals.

A larger share of Democrats (52%) believes society would be better off with more women in leadership positions, while only 18% of Republicans and 28% of unaffiliated voters think so.

Breaking down the survey along ideological lines, self-described liberals overwhelmingly support the idea of more women in politics (61%), whereas only 20% of conservatives and 31% of moderates hold that opinion.

While The New York Times runs headlines like "The Women's Revolution in Politics" and "For Democrats, the Future Is Female," and the newly formed group Supermajority — co-founded by former Planned Parenthood CEO Cecile Richards — is touring the country in an attempt to make women "the most powerful force in America," the pro-female push is not a program most Americans have gotten behind.

The pro-female push is not a program most Americans have gotten behind.

Kirsten Gillibrand, whose "fiercely feminist message" was seen as a test case for a female presidency, failed abysmally, the senator dropping out of the race in August after failing to qualify for the third Democratic primary debate, polling only between 0%–3% throughout her eight-month campaign. Her message, which hinged almost entirely on abortion rights (she declared she would only nominate Supreme Court justices who would uphold Roe v. Wade) and "gender equality," failed to resonate with most Democrats.

When asked earlier this spring why she was faring so poorly, she blamed sexism.

"I think it's just gender bias," she told CNN in May. "I think people are generally biased against women. I think also biased against young women. There's just bias and it's real and it exists, but you have to overcome it." 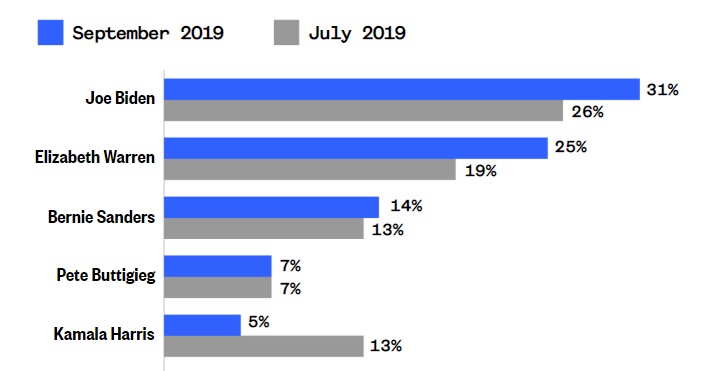 An NBC/Wall Street Journal poll released Tuesday has Warren passing Bernie Sanders and closing in on favorite Joe Biden, who still commands the lead at 31%, with Warren inching closer at 25%, up six points since July.

The same poll also shows that Warren has greater support among more radical Democrats than moderate Democrats, with 36% of liberal Democrats choosing Warren vs. only 19% supporting Biden. 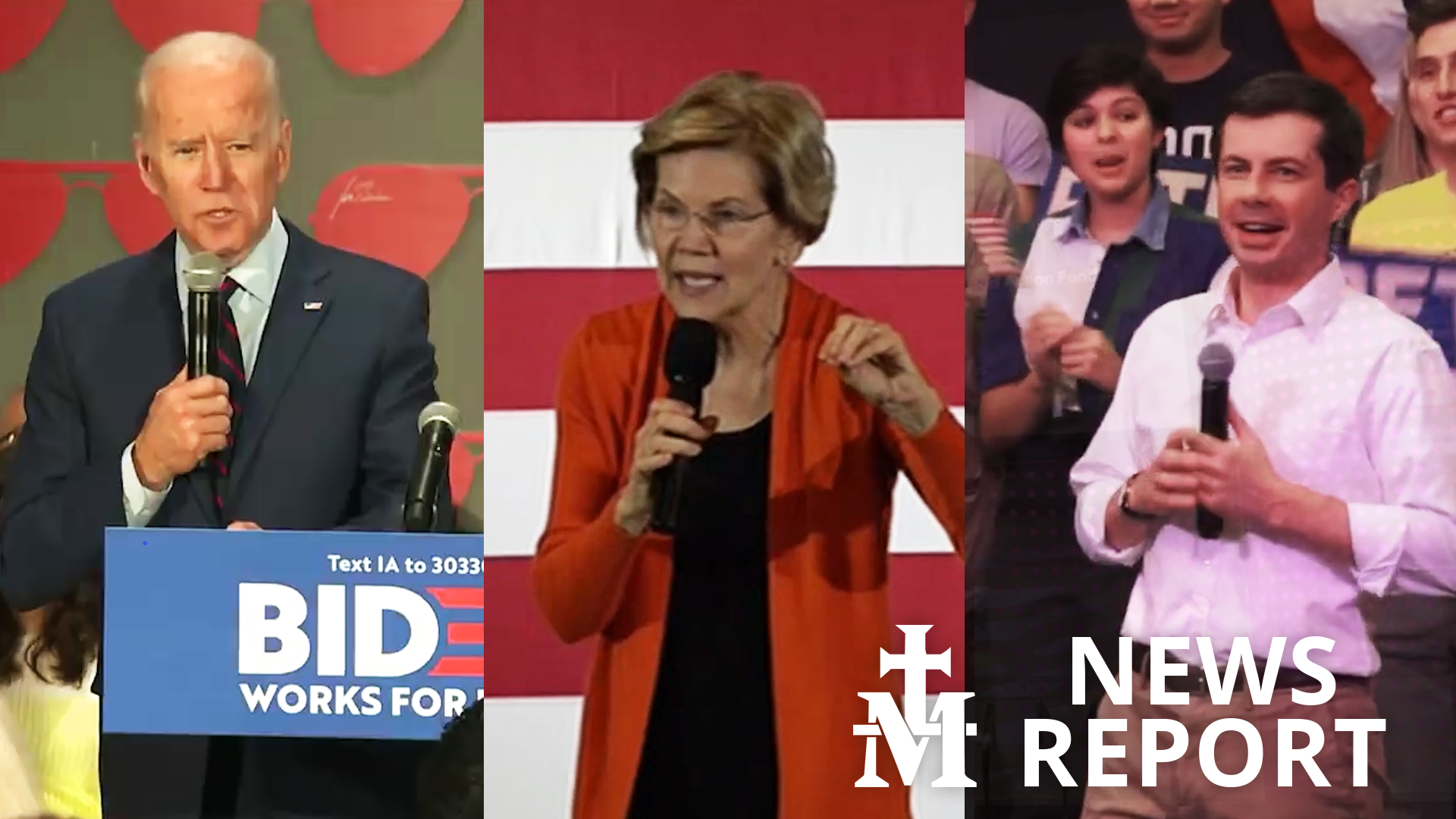