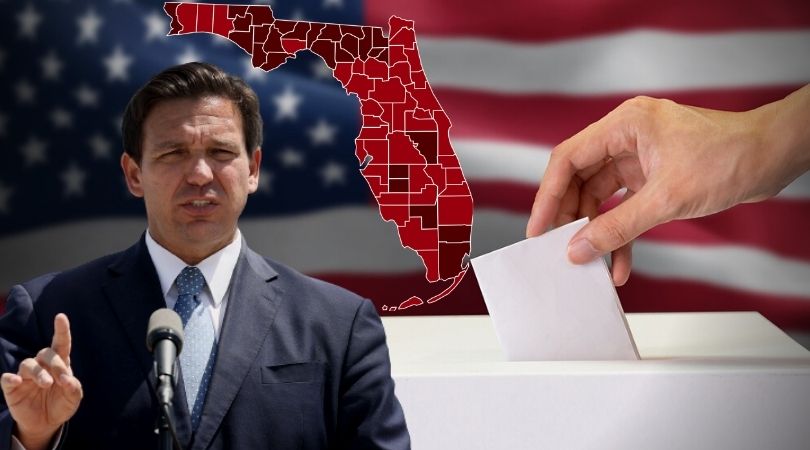 TALLAHASSEE, Fla. (ChurchMilitant.com) - A Catholic politician is cracking down on voter fraud.

The key element of DeSantis' proposals is the formation of an Election Crimes and Security Office. The office would function within Florida's Department of State and would be responsible for both deterring and investigating voter fraud and crimes threatening election integrity.

DeSantis explained the necessity of such an office: "If you see someone ballot harvesting, you know, what do you do? If you call into the election office, a lot of times they don't do anything."

With this legislation, our state will be able to enforce election violations, combat voter fraud and make sure violators are held accountable.

The governor's press secretary, Christina Pushaw, emphasized the importance of not only investigating election crime, but preventing it.

She explained, "Merely waiting for bad actors to exploit known vulnerabilities in an election and then attempting to address voter fraud or electoral violations after the fact is not an effective strategy for a state government to assure the public that every legal vote will count in accordance with the law."

In addition to creating an election security force, DeSantis' legislation will also increase penalties for ballot harvesting, elevating the crime to a third-degree felony. Ballot harvesting is the collection of completed ballots by third-party individuals. The practice has been criticized as highly susceptible to fraudulent activity.

The legislation further introduces measures to "require timelines for supervisors of elections to clean the voter rolls of ineligible voters and prohibit unsecure, haphazard drop box locations in Florida."

In May, DeSantis signed into law even more election safeguards, strengthening voter ID regulations and specifically targeting what the governor calls "Zuckerbucks."

"Zuckerbucks" refers to money administered either by donations or grants from private individuals or corporations "to fund any aspect of election administration or operations." The moniker is a pun on the name of Facebook founder and CEO Mark Zuckerberg, who reportedly spent millions of dollars influencing the 2020 election.

In announcing a potential bid for the governor's mansion last month, former Trump advisor Roger Stone alleged DeSantis failed to audit last year's election in his state. Yet DeSantis' secretary of state maintains both pre- and post-election audits were conducted.

The legislation proposed Wednesday will be addressed in the 2022 legislative session beginning in January.