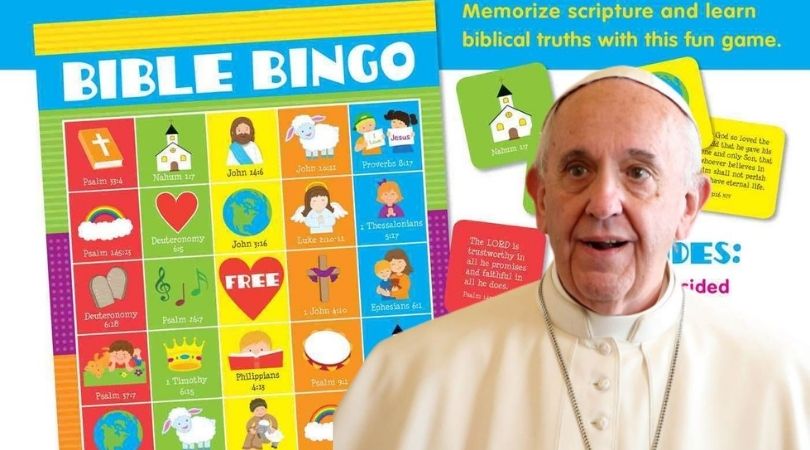 The pontiff's September addresses promoting his "Season of Creation" cite biblical texts but interpret them to mean precisely the opposite of the "literal sense" of the texts quoted, as defined by the Pontifical Biblical Commission's principles of interpretation.

"That's not surprising given his slavish regard for tendentious modern biblical scholarship," explained Neumayr, author of The Political Pope: How Pope Francis Is Delighting the Liberal Left and Abandoning Conservatives.

Neumayr recalled the pontiff's "twisting of the miracle of the loaves and the fishes into a socialist 'lesson' in sharing" — Francis preached on the miracle, saying: "rather than a multiplication it is a sharing."

Under the pope's socialism, equal misery is to be preferred to unequal wealth.

"Or more recently [he offered] his Malthusian spin on Genesis, which leads him to cast man not as a master of the earth but as an almost pantheistic servant of it," Neumayr said.

Anglican priest and economist Thomas Malthus, who advocated population control, "also thought the earth was 'groaning' under the weight of mankind," Neumayr wrote in his column "The Malthusian Pope: He uses COVID to call for anti-growth policies."

On Thursday, Francis stated: "Today we hear the voice of creation admonishing us to return to our rightful place in the natural created order — to remember that we are part of this interconnected web of life, not its masters."

"Out of his Malthusian mindset, he welcomes the economic shutdowns that followed the emergence of COVID. Never mind all the havoc that has wreaked on human lives across the world. Under the pope's socialism, equal misery is to be preferred to unequal wealth," Neumayr wrote.

Scores of faithful Catholics, as well as Anglican converts to Catholicism Fr. Ed Tomlinson and Fr. David Palmer, called the pope out on his misinterpretation of Scripture, quoting Genesis 1:26 — which describes God giving human beings "dominion" over creation.

"It's embarrassing isn't it?" Fr. Palmer tweeted; others slammed the pope as a "pantheist," with many Catholics quoting Genesis 1:26 and 1:28 to the Holy Father and even accusing him of "nature worship."

"Both Genesis texts could not be clearer. Even if progressives hate the plain sense of the Hebrew verb radah — it still means 'to rule' or 'to have dominion over,'" a Cambridge University scholar of the Hebrew Bible told Church Militant. "It is a royal word — Psalm 72:8, a coronation psalm for Solomon, uses it to describe the dominating rule of a king."

"Further, in Genesis 1:28, radah is twinned with the Hebrew kabash, and both are imperatives. Kabash has the sense of 'subdue,' 'subjugate,' 'conquer,' or 'tread down.' In the book of Esther, it even denotes 'rape,'" he noted, sending Church Militant screenshots from the definitive Brown-Driver-Briggs Hebrew Lexicon.

The Cambridge scholar also explained how the translation in the Greek Septuagint was equally strong with 'have dominion' translated as 'to lord it over' — the verb containing the word for 'lord' — kyrios (κατακυριεύσατε) — and 'subdue' rendered with archo (ἄρχετε), the verb for 'to rule.'

"Even Protestant fundamentalists don't distort the Bible like this pope is doing," he said. "It's more than clear that a loving God who made human beings to reflect his image and likeness is not calling us to rape or destroy creation but to rule over it as shepherds and stewards."

Even Protestant fundamentalists don't distort the Bible like this pope is doing.

"You can explain this in a sermon. But to blatantly assert 'we are not masters' of creation is to reject the very first commission God gives to humanity and to play bingo with the biblical text. From here, it is a slippery road to pantheism and eco-fascism," he warned.

Church Militant asked the academic if he could point to the root of the papal misinterpretation of Genesis. "Simple. We've been teaching this humbug in courses on eco-theology over the last couple of decades," he responded.

"It goes back to Princeton professor Lynn White and his 1967 article in Science titled "The Historical Roots of Our Ecologic Crisis." White blames Genesis 1 for an anthropocentric view of creation where creation exists for man to exploit," the Cambridge scholar explained.

"Other religions, worldviews and mythologies like pagan animism and pantheism respected nature, but Christianity based on its Jewish text sought to destroy nature," he added.

"Funnily, White claims that St. Francis of Assisi was one of the few who 'proposed an alternative Christian view of nature and man's relation to it' by substituting 'the idea of the equality of all creatures' but failed. But St. Francis never rejected the orthodox interpretation of Genesis," the academic observed.

"If Francis' theology is tainted by White's reading of Genesis, it's possible he sees himself as picking up the mantle of St. Francis — albeit in a manner that refutes orthodox biblical theology," he added.

In his general audience Wednesday, Francis said: "We want to be masters of the earth ... I remember a medieval account of this 'Babel syndrome' that occurs when there is no solidarity."

"Think of the account of the Tower of Babel," Francis continued, "which describes what happens when we try to reach Heaven — that is, our destination — ignoring our bond with humanity, creation and the Creator."

The problem in the Babel narrative is not a lack of human solidarity or harmony but too much of it in opposition to God.

"The problem in the Babel narrative is not a lack of human solidarity or harmony but too much of it in opposition to God. The lesson we draw from Babel is that the unity and solidarity of the human race cannot be at the expense of God's marginalization," Fernandes stressed.

"This is why God must angrily disperse this human version of solidarity as a personal affront to Him and why He demolishes the very forge of that unholy concord — their unifying speech," Fernandes remarked.

But Francis told the audience "there was no harmony; only pressing forward in order to earn." But scholars note that the problem was precisely the opposite: human beings clustered together and defied God's command to multiply and go forth and fill the earth.

The Vatican published in 1993 its official document on "The Interpretation of the Bible in the Church" stressing that the "search for the literal sense of Scripture is an essential task of exegesis."

"It is not only legitimate, it is also absolutely necessary to seek to define the precise meaning of texts as produced by their authors — what is called the 'literal' meaning," the document observed, cautioning that "the literal sense is not to be confused with the 'literalist' sense to which fundamentalists are attached."

"The literal sense of Scripture is that which has been expressed directly by the inspired human authors. Since it is the fruit of inspiration, this sense is also intended by God, as principal author," the pontifical document stated.