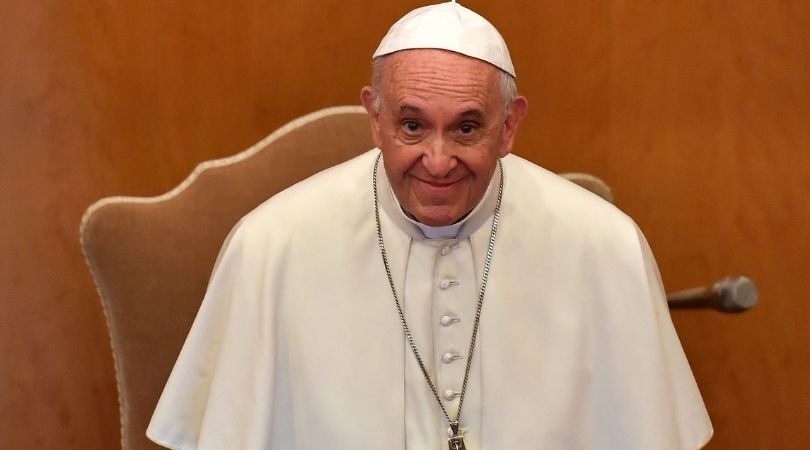 VATICAN CITY (ChurchMilitant.com) - Pope Francis is condemning the exploitation of the pandemic for "political advantages" while emphasizing his opposition to borders.

In his general audience on Wednesday, the pontiff denounced use of the Wuhan virus for partisan interests and touted goals typically associated with the political Left.

"A virus that does not recognize barriers, borders or cultural or political distinctions must be faced with a love without barriers, borders or distinctions," he said. "This love can generate social structures that encourage us to share rather than to compete, that allow us to include the most vulnerable and not to cast them aside, that help us to express the best in our human nature and not the worst."

He added that "When we love and generate creativity, when we generate trust and solidarity, it is then that concrete initiatives emerge for the common good."

Francis opened the address with a warning that the world will only emerge better from the pandemic "if we all seek the common good together." He then decried "partisan interests emerging."

"For example, some would like to appropriate possible solutions for themselves, as in the case of vaccines, to then sell them to others," he continued. "Some are taking advantage of the situation to instigate divisions — by seeking economic or political advantages, generating or exacerbating conflicts."

"We know that love makes families and friendships flourish, but it is good to remember that it also makes social, cultural, economic and political relationships flourish, allowing us to construct a 'civilization of love,' as St. Paul VI used to love to say," he added.

If everyone contributes his or her part, and if no one is left out, we can regenerate good relationships on the communitarian, national and international level and even in harmony with the environment.

Love, according to the pope, "comprises civil and political relationships, including a relationship with nature."

"If the solutions for the pandemic bear the imprint of egoism, whether it be by persons, businesses or nations, we may perhaps emerge from the coronavirus crisis, but certainly not from the human and social crisis that the virus has brought to light and accentuated," said Francis.

"It is, therefore, time to improve our social love," he concluded. "If everyone contributes his or her part, and if no one is left out, we can regenerate good relationships on the communitarian, national and international level and even in harmony with the environment."

Criticizing Walls From Behind a Wall

In 2016, for example, the pontiff implied President Trump is not a Christian for protecting the United States' southern border with a wall.

"A person who thinks only about building walls, wherever they may be, and not building bridges, is not Christian. This is not the gospel," he said.

In 2019, Francis spoke against erecting walls to secure borders.

"Those who build walls will become prisoners of the walls they put up," he said. "This is history."

Pope Francis received backlash last year for sending $500,000 from Peter's Pence to assist migrants at the U.S.-Mexico border. Some referred to the gesture as a "publicity stunt."

Francis' own politicizing of the virus to promote climate change is further evidenced by his appointments, who parrot the same narrative.

At a congressional hearing soon after the pope's donation, Rep. Clay Higgins, R-La., addressed Bp. Mark Seitz of El Paso, who follows the pope in opposing the building of border walls.

"But the sovereignty of the Church has been protected by the security of the Church," he said. "One of the most famous walls in history is the wall around the Vatican. I would ask you, bishop, in the area that you serve, do your churches lock their doors after hours?" he pressed.

In March, the pope used the Wuhan virus to promote his preoccupation with the environment, pushing the climate-change narrative championed by the political Left.

He suggested the Wuhan virus was Mother Nature "throwing a tantrum" at human beings for their poor treatment of her. "Fires, earthquakes ... nature is throwing a tantrum so that we will take care of her," Francis said in an interview.

Boff proposes the pandemic is a "reprisal" from the goddess Gaia for atrocities against Mother Nature. Lovelock hypothesizes earth is a living superorganism.

Francis' own politicizing of the virus to promote climate change is further evidenced by his appointments, who parrot the same narrative, as well as by his joint ventures with non-Catholics.

The pope appointed Fr. Augusto Zampini adjunct secretary in the Dicastery for the Service of Integral Human Development and a member of an unprecedented "task force" that reports directly to the pontiff on challenges posed by the Wuhan virus.

Zampini claimed the pandemic occurred owing to how "we treat animals and how we treat nature."

The Pontifical Council for Interreligious Dialogue and the World Council of Churches published a joint document titled, "Serving a Wounded World in Interreligious Solidarity: A Christian Call to Reflection and Action During COVID-19 and Beyond." The document renews the pontiff's call to "ecological conversion." 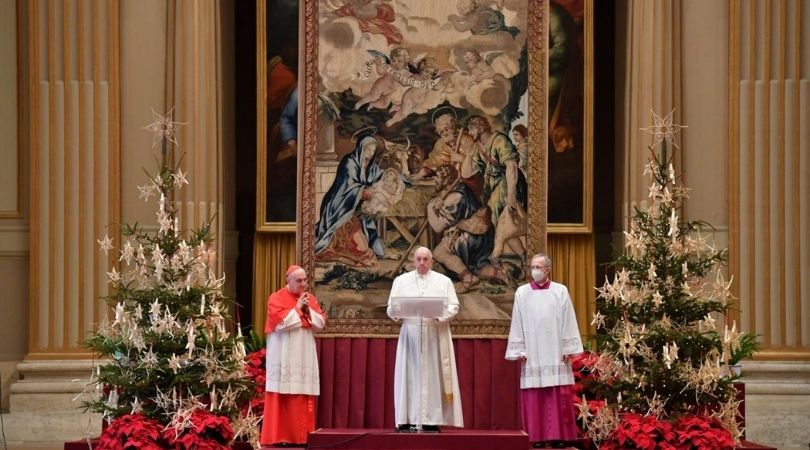