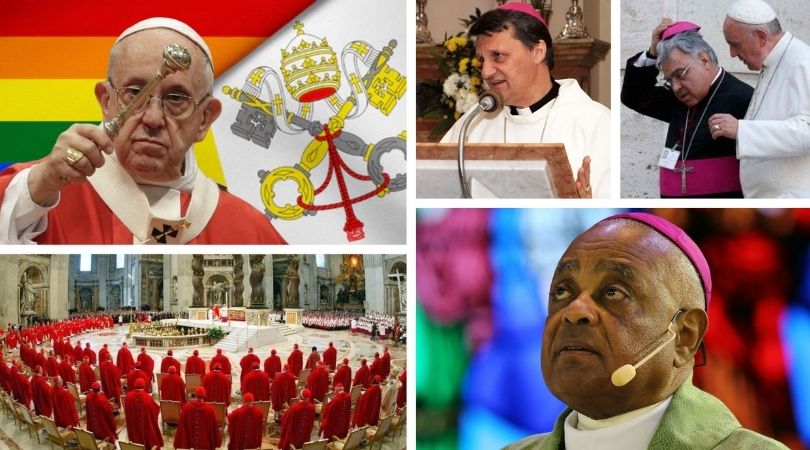 Cardinal-designate Gregory gained notoriety among conservatives as a race-baiter and Trump-basher after slamming the U.S. president and Catholic first lady Melania Trump for their visit to the Saint John Paul II National Shrine in the wake of the George Floyd riots.

A close ally of disgraced homosexual predator Theodore McCarrick, Gregory attacked the country's biggest Catholic lay organization — the Knights of Columbus — for its willingness to host the president at the shrine.

Veteran Vaticanist Antonio Socci explained how the pope's "hasty choice of timing" in announcing the elevation of Gregory "on the eve of the U.S. vote is significant: Trump is on a strong comeback, and now the Bergoglian Vatican greatly fears he may win again."

"If Trump were to win, this pontificate already in its sunset would in fact be over, having crushed and discredited himself on China," remarks Socci, noting that Pope Francis is packing the college with progressive cardinals to ensure the result of the next conclave.

Grech's statements in support of LGBTQ people have made him strongly accepted by the gay community in Malta.

Francis' elevation of Gregory is his strongest way the pontiff can signal his support for Joe Biden less than a couple of weeks before the election, Socci observes.

Father Jim Bretzke, professor of theology at John Carroll University in Ohio, told USA Today that Gregory's promotion is noteworthy given his clash with Trump: "While 'no news is good news' may have been the usual advice given to hierarchs on the rise, clearly for Francis it depends on what sort of news is generated."

Catholic LGBTQ activist Francis DeBernardo, executive director of New Ways Ministry, noted that by elevating Gregory to the cardinalate, Francis was signaling that he wanted "LGBTQ people to be part of the Church, and he wants Church people to respect them."

Archbishop Gregory has a history of promoting homosexuality, women priests and Holy Communion for the civilly remarried.

Faithful Maltese Catholics told Church Militant they were shocked by Francis' choice of Mario Grech, the gay-friendly bishop of Gozo, for a red hat.

"There are quite a few gay and pedophile priests in Gozo, not that Malta is any better, but these priests tend to escape and retire on our sister island of Gozo under the protection of Grech," a Catholic lay leader lamented.

If Trump were to win, this pontificate already in its sunset would in fact be over, having crushed and discredited himself on China.

In 2013, Gozitan priests complained against Grech for failing to inform pedophile predator Fr. Dominic Camilleri of his dismissal, even after the Vatican defrocked him.

Local media reported that while Grech took rapid disciplinary action against other priests, he had failed to remove Camilleri, despite receiving a papal decree ordering the priest's dismissal more than two and a half years ago.

"Grech's statements in support of LGBTQ people have made him strongly accepted by the gay community in Malta," writes DeBernardo.

Francis has also named the prominent Italian pro-LGBT former bishop of Albano Marcello Semeraro as cardinal — a week after appointing him prefect of the Congregation for the Causes of Saints to replace disgraced Cdl. Angelo Becciu.

Semeraro is on record supporting civil unions for homosexual couples.

In a preface to the book L'amore possibile: Persone omosessuali e morale cristiana (Love is Possible: Homosexuals and Christian Morality), Bp. Marcello Semeraro calls for inclusion of gays and underscores the book's message asking how "procreative purpose and sexual intercourse within the male-female polarity are applicable to the homosexual condition."

Archbishop of Siena Augusto Paolo Lojudice is a supporter of Francis' call for gay civil unions. In an interview following the pope's controversial remarks, Lojudice said: "Civil unions? Pope Francis opens new horizons. It speaks of hospitality, a concept that should be extended to everyone."

Archbishop Celestino Aós Braco of Santiago de Chile, another progressive to receive a red hat, was filmed refusing Holy Communion to faithful who were kneeling down during the Chrism Mass in 2019.

Several priests walked out of the Mass after Braco included Cdl. Ricardo Ezzati in the entrance procession. Ezzati is being investigated by civil authorities for cover-up and has been named in a complaint for failing to report the alleged rape of an adult man in Santiago's cathedral.

Nine of the 13 new cardinal-designates are under 80 and so eligible to vote in a conclave. Francis' other choices include Abp. Antoine Kambanda of Kigali, Rwanda who lost his entire family during the 1994 genocide, except for one brother, who currently lives in Italy.

Archbishop Gregory has a history of promoting homosexuality, women priests and Holy Communion for the civilly remarried.

Among the cardinals ineligible to vote are two priests Fr. Enrico Feroci, former director of Caritas in Rome, and Fr. Raniero Cantalamessa, preacher to the papal household.

In 2014, Feroci insisted on using the feminine pronoun at the funeral of Andrea Quintero — a male transgender Colombian drug addict who was found dead at Rome's Termini station — because Quintero used to ask his Caritas helpers to refer to him as feminine.

Cantalamessa, who has strong ecumenical links with the Anglican home of the global Alpha movement, supported Pope Francis' claim that the Wuhan virus pandemic could never be viewed as divine judgment.

In his 2020 Good Friday homily at St. Peter's Basilica, Cantalamessa said the pandemic was not a "punishment," proclaiming: "God is our ally, not the ally of the virus!"

In his 2002 Good Friday sermon at St. John Lateran Basilica, Cantalamessa claimed that false religions "are not merely tolerated by God ... but positively willed by Him." Pope Francis reiterated the controversial teaching in his document on "Human Fraternity," signed with Grand Imam Ahmed al-Tayyeb.

Italian media is calling the pope's choice of cardinal-electors "revolutionary" — pointing out that "the choice of personalities are those Francis considers very close to his pastoral sensitivity."

In October 2016, just before the U.S. presidential election, Francis announced Abp. Joseph Tobin's elevation as cardinal. In January 2017, Tobin, a supporter of Jesuit homosexualist Fr. James Martin, was installed as archbishop of Newark, after he opposed Vice President Mike Pence on the resettlement of Syrian refugees.

The new cardinals will be installed in a consistory on Nov. 28, the vigil of the first Sunday of Advent. 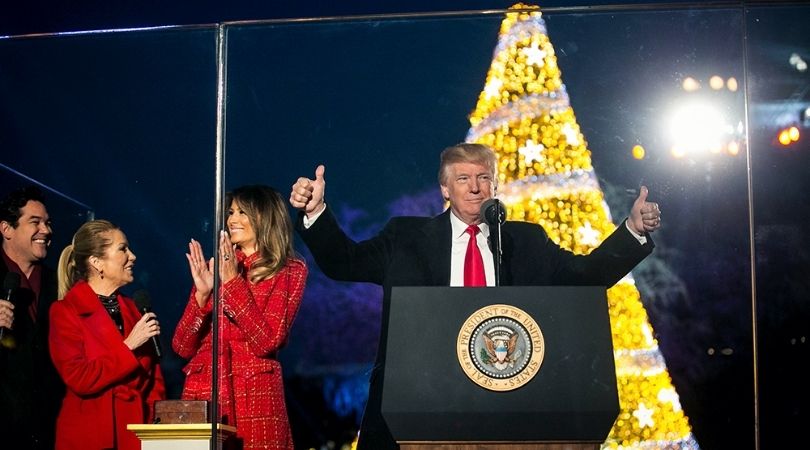