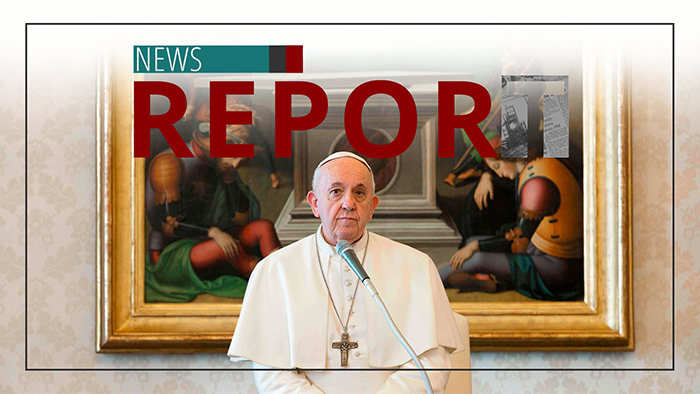 Pope Francis is calling priests "adolescents" for offering the sacraments during pandemic-related lockdown.

The pontiff commented from Sala Clementia of the Apostolic Palace on Saturday while addressing health care personnel from Italy's Lombardy region, hit particularly hard by the Wuhan virus.

Speaking of clerics trying to administer the sacraments during lockdown measures, Francis said, "This priestly creativity has scored some 'adolescent' expressions against the [lockdown] measures of authorities who have an obligation to safeguard people's health."

He added that the majority of priests, however, have been "obedient and creative ... " saying these compliant priests were "fathers" and not "teenagers."

Authorities in Italy have been cracking down on religious gatherings.

In Rome, police interrupted Mass being broadcast live on Facebook, owing to people kneeling outside praying. The officers forced the priest to leave, and from the altar, ordered the faithful to disperse.

Police interrupted another Mass with fewer than 10 in attendance and subsequently fined the priest.

In late April, Francis sided with Italy's prime minister for continuing lockdown measures, including the suspension of public Masses, while Italy's bishops were challenging the order, desirous to resume worship.

Some Catholics are puzzled by the Holy Father's words, especially since the Church has saints such as Damien of Molokai, who died while ministering to a leper colony as a heroic example of divine love.

Whereas St. Peter and the other Apostles once answered authorities, "We ought to obey God rather than men," critics are wondering if Francis thinks it's better to obey men rather than God.