The Holy Father said on Wednesday, "We need to unmask what could be called the 'snake-tactics' used by those who disguise themselves in order to strike at any time and place."

World Communications Day is celebrated every year the Sunday before Pentecost, which in some countries is the solemnity of the Ascension of Our Lord.

In his address, the Pope explored the factors underlying the problem of fake news:

The effectiveness of fake news is primarily due to its ability to mimic real news, to seem plausible. Secondly, this false but believable news is catchy, inasmuch as it grasps people's attention by appealing to stereotypes and common social prejudices and exploiting instantaneous emotions like anxiety, contempt, anger and frustration. The ability to spread such fake news often relies on a manipulative use of the social networks and the way they function. Untrue stories can spread so quickly that even authoritative denials fail to contain the damage.

He also spoke fondly of efforts to educate people in how to properly sift through news stories and reason through which ones to doubt and which to believe.

On September 29 last year, Pope Francis announced that the theme for 2018's World Communications Day would be "'The truth will set you free' (Jn. 8:32): Fake News and Journalism for Peace."

The effectiveness of fake news is primarily due to its ability to mimic real news to seem plausible.

There is some concern that heterodox clergy are advising Pope Francis to make his comments about fake news, such as the ones he made Wednesday.

It is feared that he is taking advice from vocal opponents of Church Militant, including Fr. Antonio Spadaro, Jesuit Editor-in-Chief of La Civiltà Cattolica, who took the unprecedented step of singling out Michael Voris by name in an article, effectively slamming this media apostolate for spreading fake news.

In the wake of Pope Francis' remarks, Fr. James Martin, a consultant to the Vatican's Secretation for Communication, said on Twitter Wednesday:

Why would @Pontifex speak about #FakeNews?
1) The spread of lies, falsehoods and confusion is contrary to the Gospel.
2) The "Church in the Modern World" (a Vatican II term) is called to reflect on the "signs of the times."
3) This is his World Day of Communications Message.

This is not the first time Pope Francis has used such strong terms against fake news. In 2016, he told Tertio, a Belgian Catholic weekly, that fake news was like "coprophilia" (a feces fetish).

Before being elected pope, he used the same metaphor to blast reports of corruption in the Curia he felt were scandal-mongering. Then-Cdl. Bergoglio said in a 2012 interview with Vatican Insider, "Journalists sometimes risk becoming ill from coprophilia [feces fetish] and thus fomenting coprophagia [feces consumption]."

The pope himself has repeatedly been the subject of misleading news reports. These reports are often written in such a way as to subtly counter the faith of devout Catholics.

Most recently, the Holy Father argued for an interpretive translation of the "Our Father" over a literal translation, and secular media exaggerated the story. In December, he expressed his opinion that "let us not fall into temptation" is more theologically precise than the prayer's normal rendering, "lead us not into temptation." He reasoned that God does not lead us into temptation.

Secular news outlets took the story and ran with it, warning that the pope was trying to change the words of the "Our Father." FOX News reported, "Pope Francis wants to change line of 'Our Father.'" The BBC put up a headline, "Lord's Prayer: Pope Francis calls for change."

But the pope was speaking in an unofficial, non-authoritative context. And he was referring to the specific subject of comparing the Italian and French translations of the "Our Father." The Italian version, like most, reads "lead us not into temptation." The French version was recently retranslated from the typical "lead us not" to the more interpretive "may we not be led." Francis argued in favor of the new, looser translation. 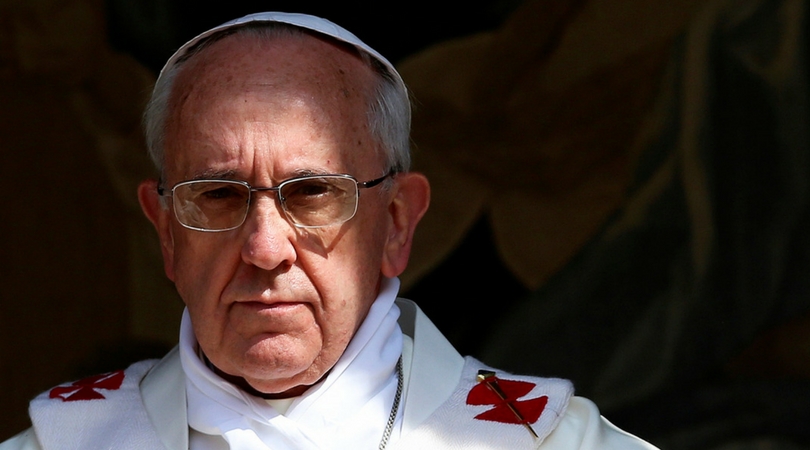 Watch
Who Is He to Judge? Pope Now Directly Intervening in Canonical Cases
By Christine Niles   •   0