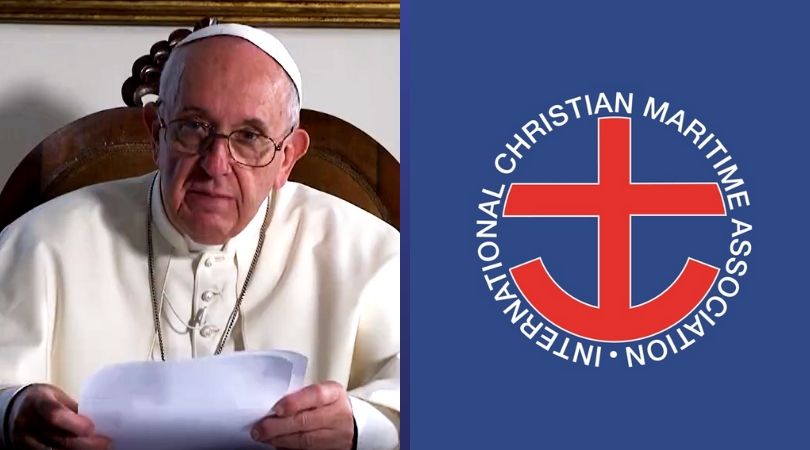 The ICMA began its 11th World Conference in Kaohsiung, Taiwan, on Monday with an opening ceremony, a welcome video, welcoming speeches and a video message from Pope Francis.

The World Conference, which goes from Oct. 21–27, marks the 50th anniversary of the organization, which the ICMA website describes as "a free association of 29 Christian not-for-profit organizations working for the welfare of seafarers" that promotes "the spiritual, social and material welfare of all seafarers, fishers and their families and the relief of need, hardship and distress among them."

In his video message, the Pope spoke twice about renewing and promoting the "ecumenical spirit" and quoted the 1997 apostolic letter of John Paul II titled Stella Maris:

This anniversary gives me the opportunity to encourage you to continue, with renewed ecumenical spirit, your service to people of the sea.

During these days of encounters and reflection, I hope you identify ever more effective ways to assist sailors, fishermen and their families.

Still extremely timely is the 1997 apostolic letter Stella Maris, with which St. John Paul II laid out the basic guidelines for the pastoral care of the many people who work on the sea and of their families, along with all those who travel by sea.

In that document, my predecessor called for efforts to be made so that "the people of the sea are provided abundantly with whatever is required to lead holy lives" [Stella Maris II, 2].

I, too, renew this invitation to all of you who represent different Christian traditions: may you help the people of the sea to know Jesus Christ and to live according to His teachings, with respect and mutual welcome.

I encourage you to overcome the difficulties that sometimes you may encounter in your mission, promoting with conviction the ecumenical spirit.

The Apostleship of the Sea, which began as a Catholic ministry in the early 1920s, became one of the founding members of the ecumenical ICMA in 1969 under the reign of Paul VI.

The organization, also called Stella Maris (Star of the Sea) after the Virgin Mary, began as a Catholic ministry in Glasgow, Scotland.

The approval letter sent by Cdl. Pietro Gasparri stated that Pope Pius XI gave his approval and encouragement "with the certain knowledge that so noble an enterprise, ably seconded by the zeal of priestly souls both secular and regular, will spread more and more along the shores of both hemispheres."

"Manual for Chaplains and Pastoral Agents of the Apostleship of The Sea," published in 2007 by the Pontifical Council for the Pastoral Care of Migrants and Itinerant People, notes: "In 1969 the AOS was moreover one of the founder members of ICMA, and since that date most Christian societies and/or associations active in seafarers' ministry have joined in ecumenical cooperation."