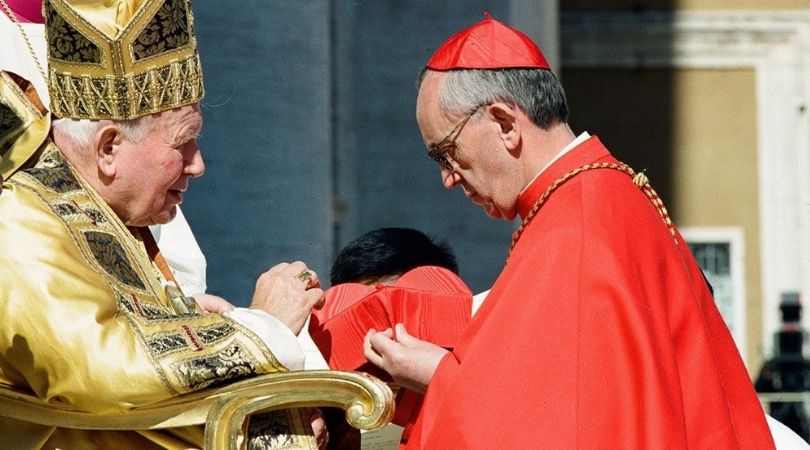 Archbishop Carlo Maria Viganò's recent testimony that Pope Francis is not acting on his knowledge of the Vatican's young seminarians being sexually abused is part of a larger pattern of cover-up that has emerged from the Pope's past as a bishop in Argentina.

Speaking to The Washington Post on June 10, Viganò stated that the Pope is aware of young seminarians being victimized at the Vatican's St. Pius X Pre-Seminary by another seminarian who went on to be ordained a priest.

"The pope and many prelates in the Curia are well aware of these allegations," said Viganò, "but in neither case was an open and thorough investigation permitted."

But as a bishop in Argentina, then Cdl. Jorge Bergoglio already had a history of covering up clerical sex abuse. One such case involves then-Cdl. Bergoglio as archbishop of Buenos Aires protecting the late Bp. Juan Carlos Maccarone, former bishop of Santiago del Estero, Argentina.

In 2005, a video surfaced of Maccarone's homosexual encounter with a 23-year-old male, Alfredo Serrano. Bergoglio immediately launched a PR campaign making Maccarone out to be the victim. According to Bergoglio, Maccarone was both a target of revenge and a victim of political enemies. Bergoglio avoided altogether any mention of the moral implications of Maccarone's homosexual activity that was evident in the video. Maccarone was said to have resigned that year owing to poor health.

But in 2010, Maccarone was found to be administering sacraments in a diocese next to Buenos Aires. He did so while residing in Buenos Aires, then under Cdl. Bergoglio's leadership, at a mission that was home to disabled children.

When Maccarone died in 2015, a report surfaced that he had been criminally implicated in abusing a minor. He was never prosecuted for this crime, owing to the lobbying of the Argentine Bishops' Conference of which Bergoglio was president from 2005 to 2011.

Many other cases exist involving the Pope Francis covering for predators like the former bishop of Oran, Argentina, Bp. Gustavo Zanchetta. Zanchetta is now under criminal prosecution in Argentina owing to credible allegations that he sexually abused seminarians.

In August 2018, Francis appointed Parra as substitute at the Secretariat of State, making him the Vatican's third most powerful prelate.

Watch the panel discuss the emerging pattern of papal cover-up in The Download—Viganò: Francis Burying Abuse.