Pope Francis Knew About McCarrick, Covered for His Sexual Crimes

VATICAN CITY (ChurchMilitant.com) - In spite of knowing about former Cardinal Theodore McCarrick's sexual assaults, Pope Francis lifted sanctions from him that had been imposed by Pope Benedict.

LifeSiteNews is reporting that Abp. Carlo Maria Viganò, former papal nuncio to the United States, has written an 11-page statement testifying that Pope Francis was aware of McCarrick's homosexual predation but "continued to cover him," even making him "his trusted counselor" in naming bishops for appointment, including Cdl. Joseph Tobin of Newark, New Jersey (McCarrick's former diocese) and Cdl. Blase Cupich of Chicago, Illinois.

"In this extremely dramatic moment for the universal Church, he [Pope Francis] must acknowledge his mistakes and, in keeping with the proclaimed principle of zero tolerance, Pope Francis must be the first to set a good example for cardinals and bishops who covered up McCarrick’s abuses and resign along with all of them," Viganò writes.

"The appointments of Blase Cupich to Chicago and Joseph W. Tobin to Newark were orchestrated by McCarrick, Maradiaga and Wuerl," says the former papal nuncio, "united by a wicked pact of abuses by the first, and at least of cover-up of abuses by the other two."

"Regarding Cupich, one cannot fail to note his ostentatious arrogance, and the insolence with which he denies the evidence that is now obvious to all," he continued, "that 80% of the abuses found were committed against young adults by homosexuals who were in a relationship of authority over their victims."

Cdl. Viganò on Wuerl: The Cardinal lies shamelessly and prevails upon his Chancellor, Monsignor Antonicelli, to lie as well.

Cardinal Wuerl is denying the allegations, claiming he "did not receive documentation or information from the Holy See specific to Cardinal McCarrick's behavior or any of the prohibitions on his life and ministry suggested by Archbishop Vigano."

Viganò makes clear the pope was immediately notified in 2000 of McCarrick's crimes as soon as the nunciature became aware.

"I will immediately say that the Apostolic Nuncios in the United States, Gabriel Montalvo and Pietro Sambi, both prematurely deceased, did not fail to inform the Holy See immediately, as soon as they learned of Archbishop McCarrick’s gravely immoral behavior with seminarians and priests," he said.


He says Richard Sipe's public letter to Pope Benedict in 2008 (published on Sipe's website) "had had the desired result":

When McCarrick was summoned to the nunciature and told the news of his sanctions, "a stormy conversation, lasting over an hour" ensued, and "the Nuncio's voice could be heard all the way out in the corridor."

A number of other cardinals and bishops are implicated in the cover-up, including Cdls. Pietro Parolin (current secretary of state), Angelo Sodano, Tarcisio Bertone, William Levada, Lorenzo Baldisseri and Francesco Coccopalmerio, among others.

Viganò accuses Coccopalmerio and Abp. Vincenzo Paglia of belonging to "the homosexual current in favor of subverting Catholic doctrine on homosexuality." He also named Cdl. Edwin O'Brien as belonging "to the same current" — whom Church Militant has revealed was a homosexual ringleader in New York and deliberately underreported homosexual priestly abuse in the military.

Viganò accuses Coccopalmerio and Abp. Vincenzo Paglia of belonging to 'the homosexual current in favor of subverting Catholic doctrine on homosexuality.'

Viganò also implicates Cdls. Kevin Farrell and Sean O'Malley, saying of Farrell, "Given his tenure in Washington, Dallas and now Rome, I think no one can honestly believe him."

On Fr. Marciel Maciel's homosexual predation, he says, "If he were to deny this, would anybody believe him given that he occupied positions of responsibility as a member of the Legionaries of Christ?"

Church Militant reported last month that a former Legionary priest, J. Paul Lennon, close friend of Farrell's brother, Bp. Brian Farrell, when all were in the Legion of Christ, contradicted Farrell's claims that he had only met Maciel "once or twice" during his years in the Legion. Farrell had in fact been a member of Maciel's trusted inner circle and held a position of high rank in the Legion, necessitating multiple meetings with his founder.

On O'Malley's denials of knowledge, Viganò wrote, "I would simply say that his latest statements on the McCarrick case are disconcerting, and have totally obscured his transparency and credibility."

The former papal nuncio also calls out homosexualist Jesuit Fr. James Martin as "nothing but a sad recent example of that deviated wing of the Society of Jesus."

Viganò ends with a plea to the bishops to purge the Church of the gay lobby.

The homosexual networks present in the Church must be eradicated, as Janet Smith, Professor of Moral Theology at the Sacred Heart Major Seminary in Detroit, recently wrote. "The problem of clergy abuse," she wrote, "cannot be resolved simply by the resignation of some bishops, and even less so by bureaucratic directives. The deeper problem lies in homosexual networks within the clergy which must be eradicated." These homosexual networks, which are now widespread in many dioceses, seminaries, religious orders, etc., act under the concealment of secrecy and lies with the power of octopus tentacles, and strangle innocent victims and priestly vocations, and are strangling the entire Church.

I implore everyone, especially Bishops, to speak up in order to defeat this conspiracy of silence that is so widespread, and to report the cases of abuse they know about to the media and civil authorities. 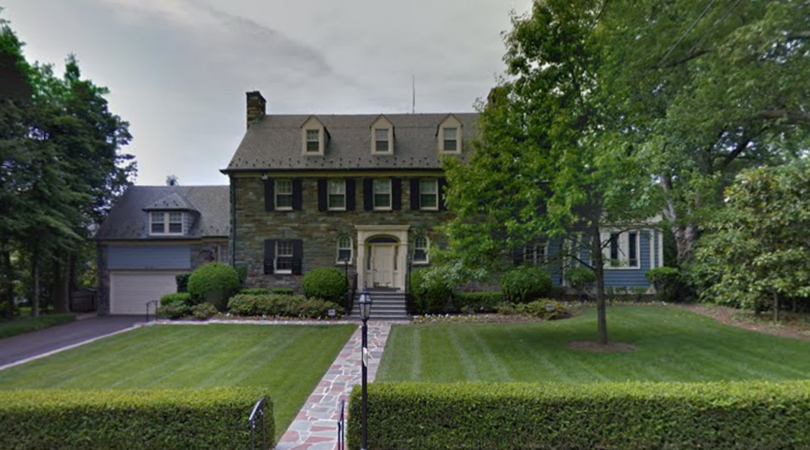