Pope Francis’ Question: To Visit or Not To Visit Argentina 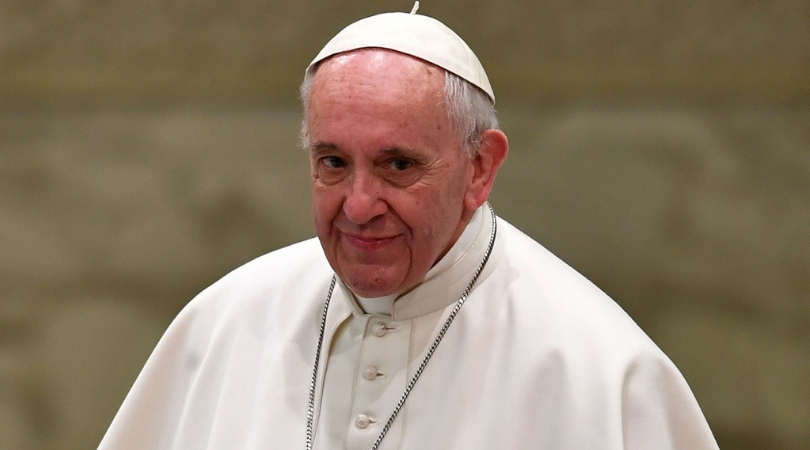 Six years into his papacy, Pope Francis has still not visited his home country of Argentina, causing Argentine Catholics to scratch their heads and wonder: Will he or won't he? And when?

Pope Francis explained to a group of Argentine bishops for the ad limina visit to Rome in May that he wants to visit his homeland, but current obligations impede him from fulfilling his wish. Speaking for the pope, Abp. Victor Manuel Fernandez of La Plata added, "We have no indication of a 'yes' or a 'no'; we only know that it is difficult."

We have no indication of a 'yes' or a 'no'; we only know that it is difficult.

The delay is perplexing considering Francis' trips to other countries in the region: Brazil, Bolivia, Ecuador, Chile, Paraguay and Cuba. It runs counter to the examples of Pope St. John Paul II and Pope Benedict, both who returned to their homelands in the same year as their elections to the papacy: John Paul in June 1979, celebrating Mass in Warsaw's Victory Square, and Pope Benedict in August 2005 to participate in the 20th annual World Youth Day  in Cologne.

Francis has not even seen his sister Maria Elena, who lives in Buenos Aires and who is reportedly too sick to fly, since his election in 2013.

Various explanations have been put forth for the delay. One source said some have accused the pope of boycotting his own country out of "simple stubbornness." Some have reported that Francis dislikes center-right Argentine President Mauricio Macri, preferring the left-leaning Cristina Kirchner (who has visited Francis in Rome several times).

Juan Grabois, an Argentinian social activist and Vatican advisor with close links to the pope, said in a radio interview, "It may have more to do with some situations in the Argentine church than because of the relationship with the government ... [but] these are speculations that can be made without any real way to sustain them."

Francis' conspicuous refusal to visit Argentina cannot be separated from what Bp. Sergio Buenanueva, coordinator of the Pastoral Council for the Protection of Minors and Vulnerable Adults of Argentina's bishops' conference, has called Argentina's "gravest" crisis of modern times: clerical sex abuse.

Speaking with La Nación, Argentina's biggest daily newspaper, Buenanueva said the Church in Argentina doesn't yet have a registry of abusive clergy. One of the goals of the council he coordinates is to compile one — although Buenanueva maintains, "Today, most of our work is on prevention."

Buenanueva also criticized the "sick system within the Church that covered up or that didn't favor the abuses coming to light and ended up favoring the criminal."

Critics say then-Cdl. Jorge Bergoglio was part of the "sick system" that "covered up" or blocked "abuses coming to light and ended up favoring the criminal."

For example, in 1989, Sebastián Cuattromo, a student at a Catholic school in Buenos Aires, was the victim of homosexual predation by a teacher at the school, Br. Fernando Enrique Picciochi. In 2002, when Cuattromo sought help in seeking justice from the diocese — then headed by Bergoglio — Fr. Mario Poli (Bergoglio's deputy) blocked Cuattromo for seven years.

One of the first moves Bergoglio made as Pope Francis was to make Poli the archbishop of Buenos Aires.

In 2009 Grassi was  convicted of molesting a boy in a shelter for street children founded by Grassi himself. Grassi was eventually arrested but remained free for four years, owing in part to a secret study commissioned by Bergoglio, then president of the Argentine bishops' conference. The study was presented to the court in the hopes of persuading it to rule in Grassi's favor; the court ultimately rejected Bergoglios' attempt to exonerate Grassi, and his conviction was upheld.

Bergoglio also famously "favored the criminal" when he turned a cold shoulder to the lawyer and the families of sexually assaulted girls (aged 11–14) who had been preyed upon by the notorious abuser Fr. Mario Napoleón Sasso. They had asked to meet with Bergoglio, whose cathedral was just 25 miles away. Bergoglio ignored their request, offered no apology, offered no financial restitution — and took no action against Sasso.

These specific, circumscribed cases represent not only history but also the current general context of the abuse crisis in Argentina and would no doubt surround Francis' anticipated, but not yet scheduled, visit to his homeland.

When Francis visited Chile, Argentina's neighbor, in January 2018, he had to confront the anger of Chilean protestors, furious at clerical child abuse and its cover-up. Francis begged for forgiveness for damage done to children raped and molested by priests. One of the Chilean protestors said, "The pastors are eating the flock."

No doubt, such sentiments would greet Francis in Argentina.

No doubt, such sentiments would greet Francis in Argentina.

It has been reported that when Bergoglio was elected pope, all Argentines wept tears of joy. And most Argentines say they will be glad to see Francis whenever he is ready.

But tears of sorrow are also being shed by and for victims of clerical sexual abuse, for their families, and for the state of the Church in Argentina. The words "Don't cry for me, Argentina" have acquired new meaning.