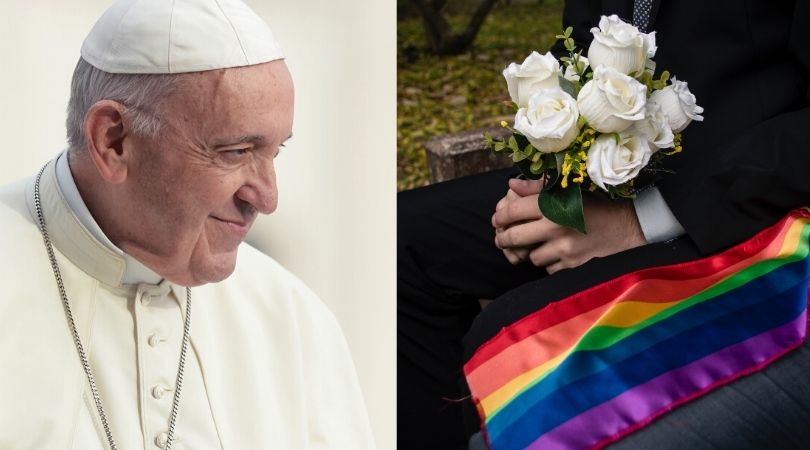 MEXICO CITY (ChurchMilitant.com) - According to pro-family advocates in Mexico, Pope Francis worked a "miracle" to advance the LGBTQ agenda in the state of Puebla, where the state legislature voted in favor of legal reforms to guarantee same-sex "marriage."

Puebla lawmakers last week approved a measure to modify 10 articles of the state's civil code — among them, an article defining marriage as between one man and one woman. With the measure's passage, Puebla now complies with the Supreme Court of Mexico's 2015 decision greenlighting same-sex "marriage" and calling on states to make reforms to permit it.

In some Mexican states, both same-sex "marriage" and civil unions (Spanish: sociedad de convivencia) are permitted. This is the terminology reportedly used by Pope Francis and cited in the recently released documentary film Francesco. In an interview in the film, the pontiff said that homosexuals not only "have a right to be a part of the family" but also "have a right to a family." In the film, Francis said, "Nobody should be thrown out, or be made miserable because of [their homosexuality]."

"What we have to have is a civil union [convivencia civil] law; that way they are legally covered. I defended that," said the Pope about his support for homosexual civil unions when he was still archbishop of Buenos Aires. He thus contradicted the Congregation for the Doctrine of the Faith, which stated in 2013 that "Respect for homosexual persons cannot lead in any way to approval of homosexual behavior or to legal recognition of homosexual unions."

Respect for homosexual persons cannot lead in any way to legal recognition of homosexual unions.

On Oct. 30, Abp. Franco Coppola, the papal nuncio to Mexico, revealed Vatican guidance on his Facebook page, which claimed that Francis' comments on civil unions were taken out of context and that homosexual director Evgeny Afineevsky had spliced together bits of an old interview for inclusion in the new documentary. However, it confirmed the Pope's contention that homosexual unions should have certain legal protections.

After the uproar, it became clear that Afineevsky had misled the media by claiming the Pope had granted two on-camera interviews. One of the Pope's comments came from an unaired May 2019 interview with Mexican network Televisa about a unique case in Argentina. Afineevsky had access to the Vatican's uncut, original tape in the archives.

The Pope has insisted that he has always affirmed Catholic teaching, while saying that there is an "incongruity" for the Church as to "homosexual marriage."

Puebla thereby joins Mexico City and 17 other states in recognizing same-sex "marriage." These states include Baja California Sur, Campeche, Coahuila, Colima, Hidalgo, Michoacán, Morelos, Oaxaca, Quintana Roo and San Luis Potosí. In some municipalities, such as Puebla's state capital, these civil unions were already recognized locally even though they had yet to be so recognized by state law.

In a statement to Church Militant, Rodrigo Iván Cortés — who leads Mexico's pro-life National Front for the Family (FNF) — said that leftist legislators in Puebla applauded Pope Francis, saying that he had "worked a miracle" so that same-sex marriage could pass.

In a separate press release, Cortés said that leftists "obey those ideologies that cause severe damage to society and our children." FNF said that Puebla has "vacated the meaning of marriage and eliminated legal backing for the natural family." FNF fears that this is another step toward allowing child adoption by homosexual couples, sexual diversity reeducation in schools and transgender surgery for children.

Despite opposition by the conservative National Action Party (PAN) and numerous Catholic prelates, in 2010, Mexico City became the first jurisdiction in Latin America to allow same-sex "marriage." Since taking office in 2019, President Andrés López Obrador and his MORENA party (which holds a plurality in Mexico's Congress) have pushed for a constitutional amendment to redefine the institution of marriage while advancing LGBTQ goals.

For the last five years, the Supreme Court of Justice of Mexico has taken actions to address constitutional and other prohibitions of same-sex unions. In June 2015, the high court ruled that state bans on the practice are unconstitutional. The ruling stated: "The law of any federative entity that ... considers that the purpose of [marriage] is procreation and/or that defines it as that which is celebrated between a man and a woman, is unconstitutional."

Leftist legislators in Puebla applauded Pope Francis, saying that he had 'worked a miracle' so that same-sex marriage could pass.

While said ruling is considered a "jurisprudential thesis" and does not invalidate state laws, it does standardize the judicial procedures for the states to approve all applications for same-sex marriages. By court order, all states in Mexico either allow the performance of same-sex marriages or recognize such marriages that were performed in other states.

Later in 2015, Mexico's National Human Rights Commission called on all state, executive and legislative bodies to allow same-sex "marriages" in their respective jurisdictions, while stating that civil unions discriminate against LGBTQ persons. In 2017, an order by the first chamber of Mexico's Supreme Court took effect. The order stipulates that same-sex couples throughout Mexico have a right to establish and maintain a family life, whether through procreation, adoption or other means.

According to El Universal, one of Mexico's widest circulating newspapers and websites, Puebla state deputy Gabriel Biestro Medinilla, who leads the socialist MORENA party in the legislature, said that before this reform, Puebla had been in violation of the Supreme Court's directives. Since its 2015 holding on same-sex "marriage," the high court had sent three demands to the Puebla state legislature to reform the local civil code.

Puebla legislators representing PAN voted against the change, fearing that the way would be cleared for same-sex couples to adopt children. El Universal noted that PAN's Oswaldo Jiménez López said that his party has nothing against homosexuals but does oppose enabling them to adopt children.

Puebla's leftist governor, Miguel Barbosa, said on Oct. 30 that his state should comply with the Supreme Court. Referring to local Catholic bishops' opposition, he said earlier in the month that he agrees with Pope Francis on endorsing unions between people of the same sex. While admitting that it is a "complicated matter" because of Church opposition, he said that "things will go well in Puebla, without a clash between institutions or society, and we can all have opinions on the matter."

Regarding possible same-sex weddings in Catholic churches, he said that the state will not interfere. Speaking about Francis' statements, Barbosa said, "The first ones to be puzzled by the Pope's statement is the ecclesiastical world itself; some are puzzled, others are waiting for clarification, others are already in a position of acceptance and others of rejection."

On Twitter, the archdiocese of Puebla stated that it deplored the change in marriage law, urging that the legislature should instead focus on issues such as education, health and employment. It added that "at no time did the Pope approve unions of same-sex couples in marriage, nor did he speak of a right to marry, to form a family by adopting children; much less a religious marriage."

While affirming that the Church does not recognize homosexual unions, the archdiocesan statement noted that the Church "does not reject that a law of 'coexistence societies' [sociedad de convivencia] or 'civil unions,' without being called marriage," would offer protections such as "receiving social security, labor benefits, care in sickness or protection so as not to be helpless because of some disability, or eventually to have participation in an inheritance." 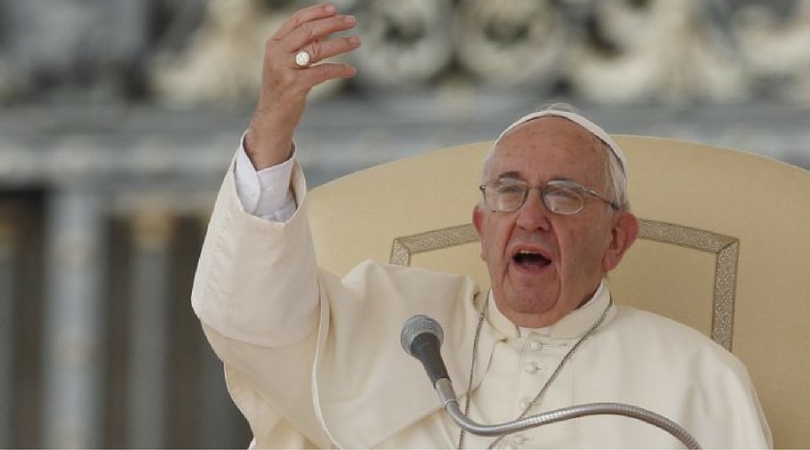 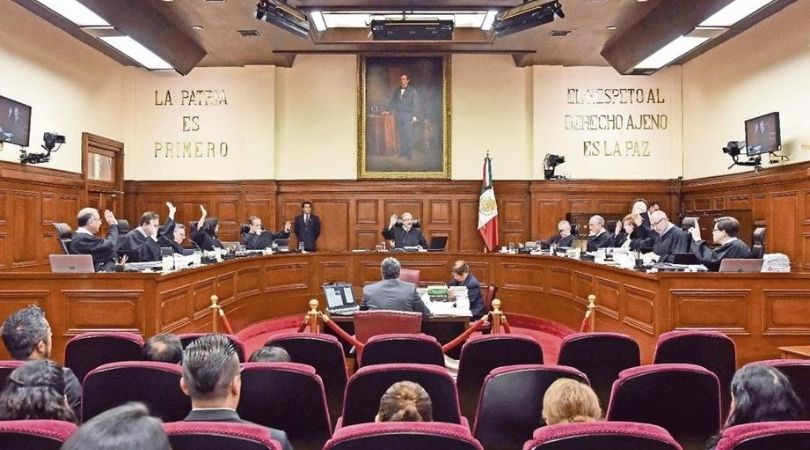