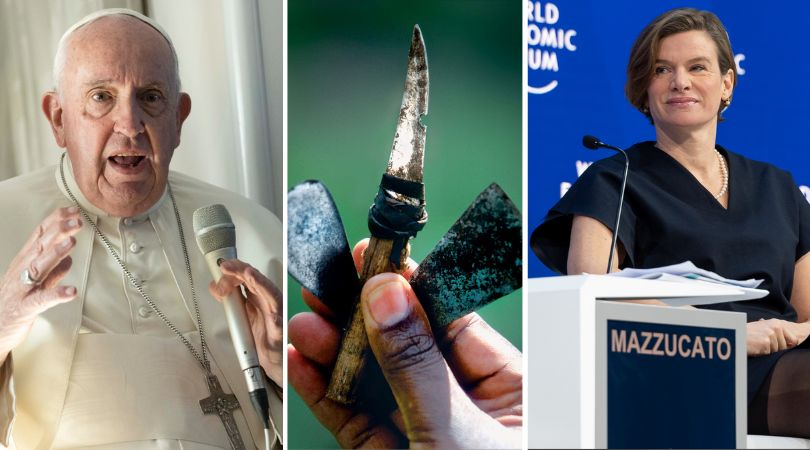 VATICAN CITY (ChurchMilitant.com) - Despite condemning female genital mutilation, Pope Francis is praising his appointment of a pro-abortion economist to the Pontifical Academy for Life as a "revolution" for women's rights.

On his return flight from Bahrain, Francis lashed out at "infibulation" — a practice made mandatory by the Shafi'i school of Islamic jurisprudence. It involves the almost complete closure of the vaginal opening by cutting and closing the labia to create a skin seal.

"How come in the world today we cannot stop the tragedy of young girls' infibulation?" asked Francis in response to a question about protests sparked by women in Iran against the mandatory wearing of the hijab — a cloth wrapped around the head, neck and chest.

"This is terrible. Today. The fact that this practice exists, that humanity cannot stop this crime, a criminal act!" the pope retorted, speaking to reporters Sunday.

"And now I have put Mariana Mazzucato in the Pontifical Academy for Life. She is a great economist from the United States. I put her there to give a little more humanity to it," Francis stressed.

The pope told reporters that he was triggering a "revolution" by appointing women to top positions in the Vatican "because women know how to find the right way; they know how to move forward."

I put her there to give a little more humanity to it.

"I have seen that in the Vatican, every time a woman comes in to do a job in the Vatican, things get better. For example, the vice governor of the Vatican is a woman ... and things have changed for the best," Francis noted. "A society that is unable to give the woman her place does not move forward."

"In the Council for the Economy, there were six cardinals and six lay people, all males. I changed the lay people, I put one male and five women," the pope emphasized. "Women have their own way of solving problems, which is not man's way."

In October, Francis appointed Mazzucato as a full member of the Pontifical Academy for Life, violating his own 2016 statutes, which require members to defend "the principles regarding the value of life" in a way "consonant with the Church's Magisterium."

Mazzucato, a member of the globalist World Economic Forum, is also a climate alarmist who has been threatening Orwellian "climate lockdowns" and calling for a "climate revolution" since the COVID-19 crisis, Church Militant reported.

Following global outrage over Mazzucato's appointment, the president of the academy, Abp. Vincenzo Paglia, disingenuously defended the atheist economist, insisting that "her tweets may have been 'pro-choice,' but they were not 'pro-abortion.'"

How come in the world today we cannot stop the tragedy of young girls' infibulation?

Francis' latest pro-abortion appointees attack the pro-life reversal of Roe v. Wade and blame Africa's poverty and high rate of female mortality on the lack of access to abortion and contraception.

What Paul wrote in one of his letters about male–female relationships, which seems old-fashioned to us today, at that time was so revolutionary that it was scandalous," Francis explained. "He said the man should take care of the woman as his own flesh."

Francis dismissed his own culture of "masculinity" in his native Argentina as a culture of "machismo" that "kills humanity." Observers noted, however, that the pope's audience during the interfaith dialogue session in Bahrain was almost entirely comprised of Arab males.

"Pope Francis has rightly spoken out on the barbaric practice of infibulation. However, by separating this from other less extreme forms of FGM and his implicit endorsement of abortion, he risks giving license to the broader subjugation of female anatomy," medical ethicist Dr. Niall McCrae told Church Militant.

"Moreover, Francis' denunciation of a specific type of FGM is at odds with the tolerance (or even encouragement) of transgender surgery by the Synod on Synodality, which is surely an affront to the sanctity of the body," McCrae lamented.

"Whereas FGM may be seen as a regressive cultural norm, transgenderism (which the Vatican has condemned in 2019) is much more dangerous to humanity, making boys and girls infertile and causing severe existential angst. This is an ethical nightmare that Pope Francis sidesteps," McCrae added.

Francis ducked a question on why he had kept secret the sexual abuse committed by the charismatic French Bp. Michel Santier, who had engaged in "striptease confessions" while he was a priest in the 1990s.

In October 2021, Francis secretly punished Santier for "spiritual abuse for sexual purposes" perpetrated on two adult men and committed him to a "reclusive life of prayer," even as the Holy See announced that the bishop had resigned for health reasons.

The habit has always been that of covering up.

The pope insisted that he was carrying out the process of dealing with clerical sex abuse "with courage" but "not everyone has courage; sometimes there is the temptation to compromise, and we are also all slaves to our sins, but the will of the Church is to clarify everything."

Blaming "people within the Church who still do not see clearly," Francis said that he had "received two complaints in recent months about cases of abuse that had been covered up and not judged well by the Church" and had "immediately asked" for a new investigation.

Staples compared the appointment to Pope Benedict XVI's creation of the "Courtyard of the Gentiles" to non-Catholic physicians serving on the Lourdes Medical Bureau, and to the councils of Trent and Florence inviting Protestants and schismatics to resolve differences. 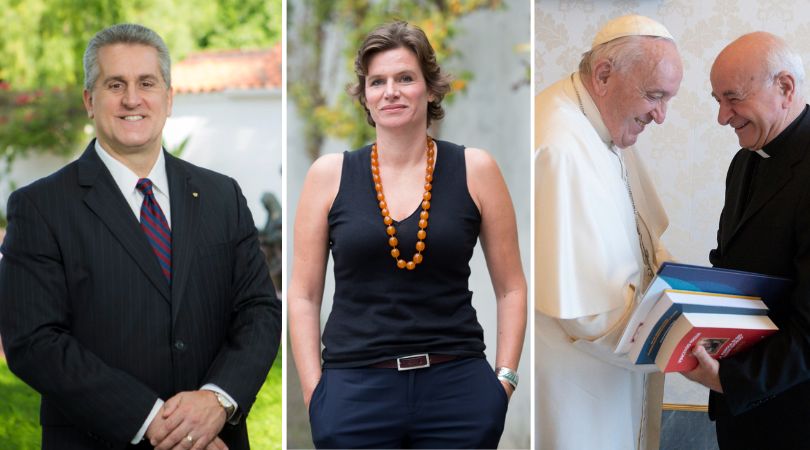 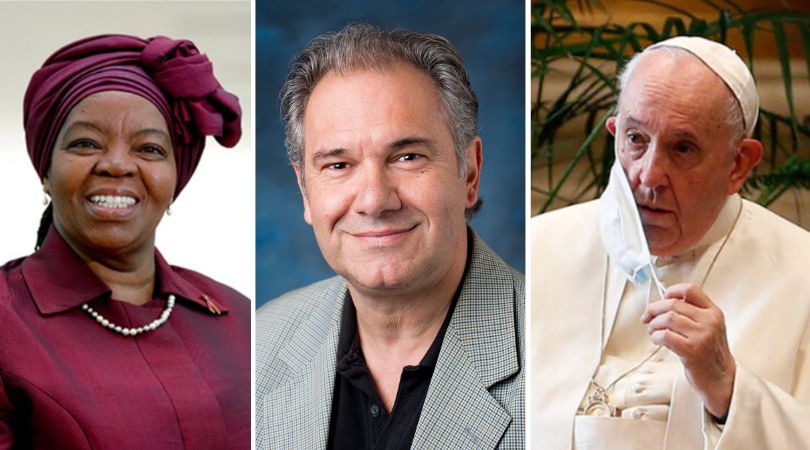 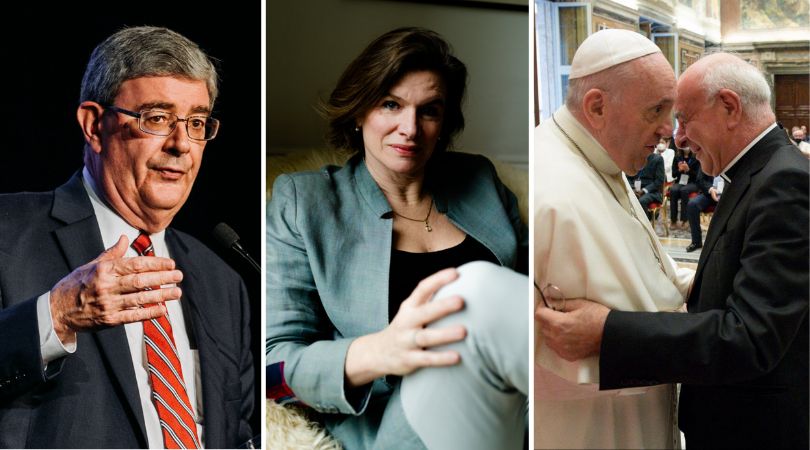