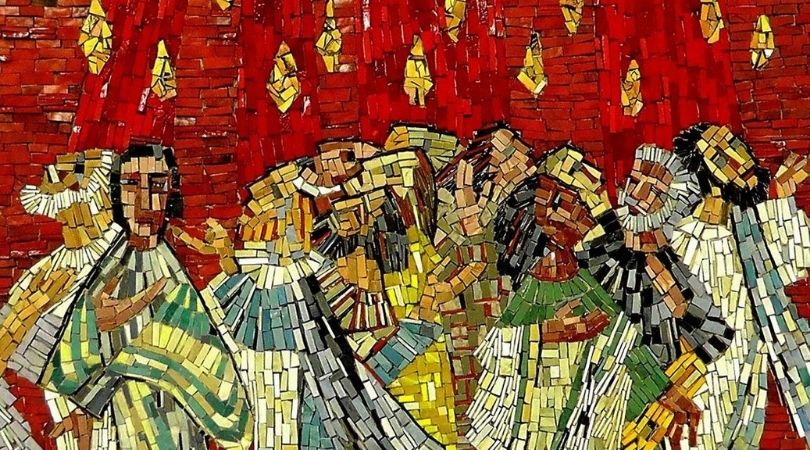 VATICAN CITY (ChurchMilitant.com) - In a historic move, Pope Francis formalized the "ancient" ministry of catechist, linking it to the New Testament office of "teacher" but stressing its separation from ordained ministry as an "unquestionably 'secular'" lay vocation.

The pontiff's apostolic letter, issued motu proprio, is titled Antiquum Ministerium (Ancient Ministry) and traces the "service of catechesis" to the St. Paul's first letter to the Corinthians, wherein the apostle names apostles, prophets and teachers, among other charisms.

Such a "specific form of instruction," as mentioned in St. Luke's Gospel, "can give firm assurance to those already baptized," Francis writes, stressing the effectiveness of the mission of catechists in the history of evangelization over the past two millennia.

The Vatican released the apostolic letter Tuesday at a press conference presided over by Abp. Rino Fisichella, president of the Pontifical Council for the Promotion of the New Evangelization, and Bp. Franz-Peter Tebartz-van Elst, the council's delegate for catechesis.

Catechists are called first to be expert in the pastoral service of transmitting the Faith as it develops through its different stages, from the initial proclamation of the kerygma to the instruction that presents our new life in Christ and prepares for the sacraments of Christian initiation, and then to the ongoing formation that can allow each person to give an accounting of the hope within them (cf. 1 Peter 3:15).

"Catechists must live in a 'secular' manner, without falling into forms of clericalism that blur the true identity of the ministry, which must express itself not primarily in the liturgical sphere, but in the specific sphere of the transmission of the Faith through proclamation and systematic instruction," Fisichella elaborated.

The motu proprio has dashed the aspirations of liberals, who hoped it would provide a backdoor entry for the ordination of women as deacons and priests.

When asked by a reporter if women catechists could deliver a homily at Holy Mass, Fisichella said, "No," explaining that "a catechist doesn't primarily have a liturgical role."

Fisichella insisted that catechists would play a significant role in the task of the New Evangelization, reiterating the link between the ministry of bishops, presbyters and deacons with "those who were recognized as evangelists, prophets and teachers."

"Catechesis has always accompanied the Church's evangelizing efforts and was rendered even more necessary when it was intended for those preparing to receive baptism, the catechumens. This work ... led the Christian community to prescribe the sharing of goods in support of its catechists," Fisichella said.

Antiquum Ministerium maintains that the catechist's role will not eclipse "the bishop's mission as the primary catechist in his diocese, one which he shares with his presbyterate, or the particular responsibility of parents for the Christian formation of their children."

Nevertheless, bishops and priests should "know that they were not established by Christ to undertake by themselves the entire saving mission of the Church to the world," as Vatican II laid down in Lumen Gentium, Francis observed.

Pope Francis also noted that Pope St. Paul VI's apostolic letter Ministeria Quaedam had laid the ground for adapting the ministries of lector and acolyte to changed historical circumstances and encouraged bishops to promote other ministries, including those of porter, exorcist and catechist.

The Holy Father said the Vatican's Congregation for Divine Worship and the Discipline of the Sacraments "will soon publish" a rite of institution for the ministry.

The pope urged national bishops' conferences "to render effective" the new ministry, noting that catechists should receive "suitable biblical, theological, pastoral and pedagogical formation" to succeed in their roles.