Slams 'murder of children,' reinforces Church teaching on the family

ROME (ChurchMilitant.com) - In a scathing condemnation of the Culture of Death, Pope Francis has slammed abortion as the "white glove" equivalent of Nazi Germany's eugenics program.

Addressing the Forum of Family Associations in Rome on Saturday, the pope praised members for their work, noting the family is "at the center of God's plan."

Unexpectedly, Francis then set aside the remainder of his prepared remarks and launched into a firm, off-the-cuff defense of life and family.

He blasted the abuse of prenatal genetic testing, noting that Down syndrome babies have been decimated by abortion because many doctors, nurses and parents judge their quality of life too low. This view, the pontiff warned, is a revival of the Nazi concept of Lebensunwertes Leben — "life unworthy of life."

Children should be welcomed the way they come, the way God sends them to us, the way God allows, even if sometimes they are ill.

"I have heard that it's fashionable, or at least usual," Francis reflected, "that when in the first months of pregnancy they do studies to see if the child is healthy or has [some affliction], the first proposal in such a case is, 'Do we get rid of it?'"

"[It's] the murder of children," he added. "To have an easy life, they get rid of an innocent."

The pope likened the practice to evils perpetrated under German dictator Adolf Hitler.

"Last century, the whole world was scandalized by what the Nazis did to purify the race," he said. "Today, we do the same thing but with white gloves."

"Children should be welcomed the way they come, the way God sends them to us, the way God allows, even if sometimes they are ill," he declared.

The pontiff also spoke out against the degradation of the concept of the family:

Today, it is hard to say this, we speak of "diversified" families: different types of families. It is true that the word "family" is an analogical word, because we speak of the "family" of stars, "family" of trees, "family" of animals ... it is an analogical word. But the human family in the image of God, man and woman, is the only one. It is the only one. A man and woman can be nonbelievers: but if they love each other and unite in marriage, they are in the image of God, even if they don't believe.

Francis' comments have come as a surprise to some Catholics, as he's typically quieter on issues like contraception, abortion and same-sex "marriage" than his predecessors, St. John Paul II and Benedict XVI.

The pope did not explain how his reiteration of Church teaching — that a family made up of one man and one woman "is the only one" — aligns with statements allegedly made to Chilean priest sex abuse victim, Juan Carlos Cruz, in May.

According to Cruz, the pontiff assured him, "that you are gay does not matter. God made you like this." 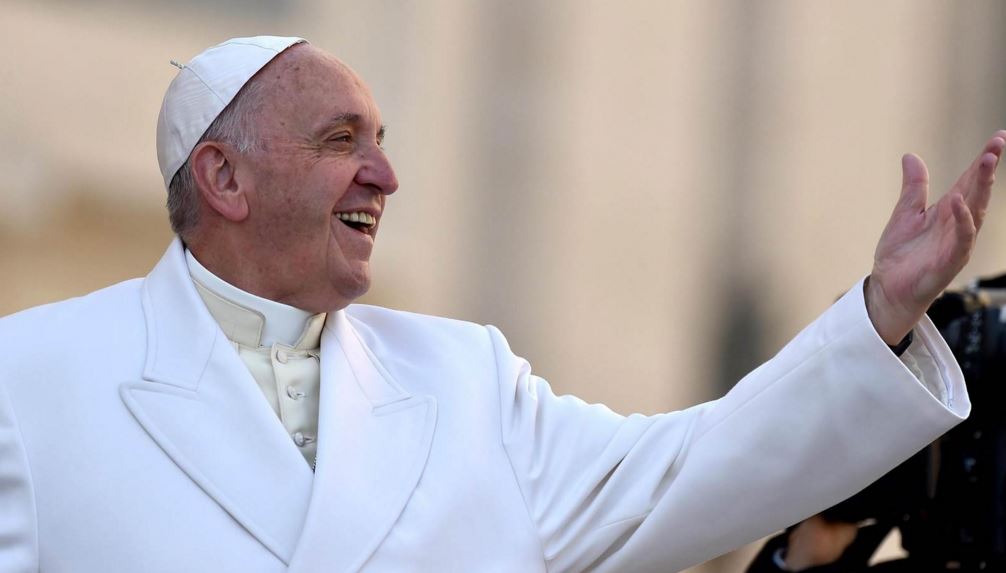