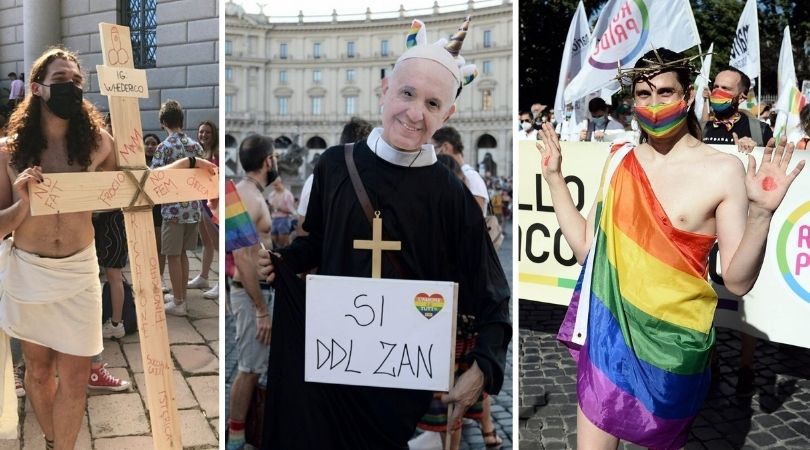 ROME, Italy (ChurchMilitant.com) - Thousands of supporters of sodomy and other sexual perversions marched in Rome's LGBTQ+ Pride festival Saturday evening, portraying Jesus as a homosexual and mocking Pope Francis and the Catholic Church.

The blasphemous events coincided with homosexualist Jesuit Fr. James Martin's Outreach LGBTQ Catholic Ministry Webinar, which Francis commended in a handwritten letter in Spanish thanking Martin for his "pastoral zeal" and "ability to be close to people."

Italian Catholics and evangelicals expressed deep distress at the pontiff's silence on the explicit and widespread Christophobia displayed by participants in the LGBTQ+ march.

"The images that I saw were horrific beyond description. And the way they blasphemed Jesus and His redemptive sacrifice on the Cross made me feel sick," journalist Nausica Della Valle told Church Militant.

Della Valle, a former lesbian who is now a committed Christian counseling homosexuals who have surrendered to Christ and want to leave the gay lifestyle, expressed her disappointment "that not even the pope or the bishops said anything."

"We are disgusted by what goes on at Pride events in Italian cities, and we speak about it in our churches, but [unlike the Catholic Church] we don't have the means to get our voices heard on a national level," Della Valle, a member of the Parola della Grazia (Word of Grace) churches, lamented.

The way they blasphemed Jesus and his redemptive sacrifice on the Cross made me feel sick.

Della Valle, who has shared her testimony in her book Nausica: The Truth That Set Me Free, stressed: "We are in a spiritual war between Christ (Christians) and the spirit of the Anti-Christ." She has asked people to pray for the blasphemers "so that they can know Christ."

Homosexual organizers defended the blasphemy, stating it was a legitimate retaliation against the Vatican's raising objections to Italy's proposed Zan bill against homotransphobia, even though Vatican secretary of state Cdl. Pietro Parolin said he would not block the bill.

While one LGBTQ+ activist dressed as Jesus wearing a miniskirt and high heels, another profaned Jesus by wearing a crown of thorns, painting stigmata on his palms and side and draping himself with a rainbow flag.

"If Jesus Christ were alive today, he too would have marched at 'Pride' and would have demonstrated. I agree with the message that the activist wanted to convey," Marilena Grassadonia, president of the Rainbow Families association said.

Similar blasphemous scenes were enacted at the Pride parade in Milan, with penises sketched on the "rainbow cross" carried by a "transgender Jesus."

This lobby wishes through the unconstitutional and satanic Zan legislation to get respect from others but not to grant it to those who have different ideas from their own. The abominable and sacrilegious acts, which we strongly condemn, carried out against the figure of Christ are the beginning of the persecutions we will suffer if the Senate green-lights the measure.

Di Salvo pleaded for prayer and action from Christians of all denominations so "that the Good — who is Jesus — prevails over evil."

Father Mirco Bianchi, a lone voice among Catholic clergy, challenged the blasphemous portrayal of Jesus, calling out the "hatred" against Christians and the LGBTQ+ "claim of superiority" as the "perfect synthesis of the dominant ideology."

The sacrilegious acts carried out against the figure of Christ are the beginning of the persecutions we will suffer if the Senate green-lights the measure.

"The 'new world religion' tramples and blatantly and publicly offends our roots and our Faith. I pray for you because you don't know what you are doing," Bianchi wrote below a picture of a gay activist mocking Jesus by wearing a miniskirt and stilettos and carrying a cross.

"But does Pope Francis have nothing to say?" faithful Catholics asked on Twitter, as a mural of two homosexual Vatican Swiss guards kissing appeared on a wall near the Vatican.

Another gay activist paraded as Jesus with heart-shaped stigmata carrying a cross on which was written, "Ama il prossimo tuo come te stesso" (love your neighbor as yourself), while a lesbian displayed a banner stating, "God is a lesbian woman."

The LGBTQ+ parade also mocked the pope, with a homosexual putting on a monk's habit and a Pope Francis face mask. The same man wore a placard around his neck reading, "Yes to Zan." The crowd was heard shouting vulgar slogans and poking fun at the pontiff and his "pink cardinals."

A frequent slogan mocking the pope played on the word-pair "Orgoglio-Bergoglio." "Orgoglio" is the Italian word for "pride." The rally's main banner was emblazoned with the slogan for 2021 — "Orgoglio e ostentazione" (pride and ostentation).

Several participants also carried placards with the words, "For the secularity of the State, abolish the [Vatican] concordat."

Claudio Mazzella, spokesman for Rome Pride, defiantly declared that LGBTQ+ persons would "no longer be afraid of living in the open" because "rights cannot be bargaining chips."

The march capped off a whole month of LGBTQ+ Pride events. 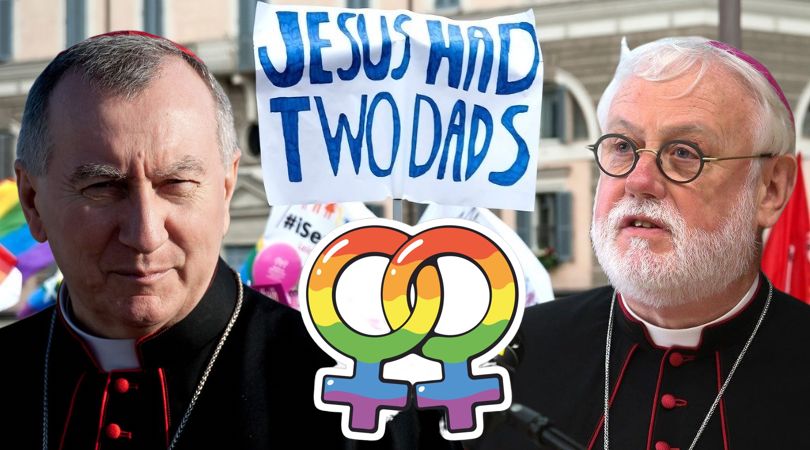 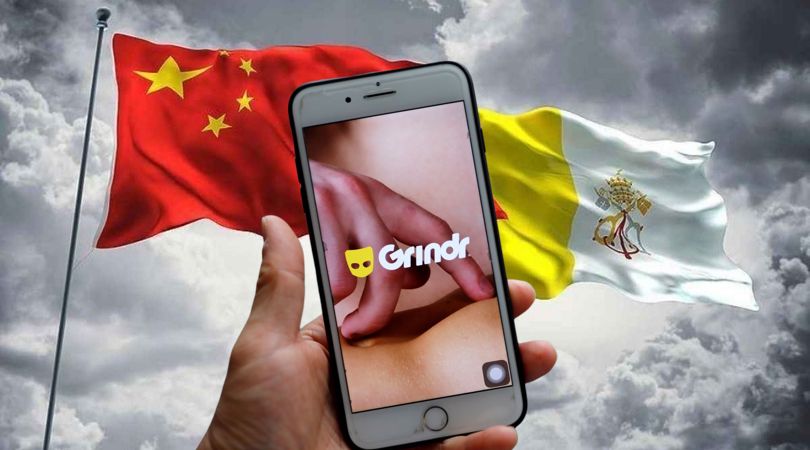 Is China Using Grindr to Blackmail Vatican?
By Jules Gomes   •   0 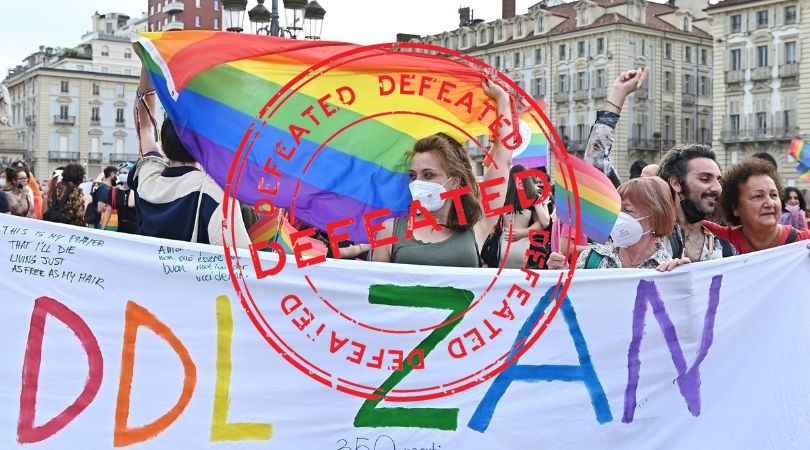