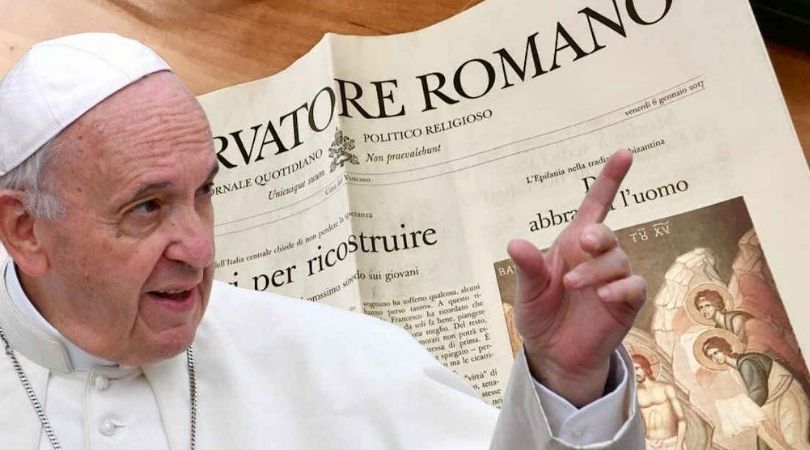 Critics slam Francis for feeding media globalism instead of gospel

On his tour of the Dicastery for Communications Monday, the pontiff visited the offices of the Vatican's daily newspaper L'Osservatore Romano and Vatican Radio, where he engaged in an impromptu conversation on air with the director and chief editor of the radio station.

Francis to Media: Is This Working?

Speaking to the editors of the Vatican newspaper, Francis doled out a backhanded compliment praising the "well organized building" and "the unity of the work" but asking if "this large and complicated system works."

The important thing is that all this beauty, all this organization works. To function is to go ahead. The great enemy of functioning well is functionalism. Functionalism is lethal. It puts an institution to sleep and kills it.

Be careful not to fall into this trap: it doesn't matter how many places there are, whether the studio is beautiful or not. What matters is that it works, that it is functional, and not a victim of functionalism.

Vatican media costs the Holy See more than all its embassies around the world combined, with 43 million euros ($52.5 million) allotted to the Dicastery for Communications for 2021.

The dicastery spends more than the 10 of the smallest Vatican departments and around 20% of the whole budget allocated to the various dicasteries.

Speaking to Church Militant, Italian novelist Elisabetta Sala pointed out the irony of Pope Francis' questions when the pontiff himself "talks endlessly about globalism, climate change, immigration, inclusion, ecology and the need to get the experimental vaccine, but hardly ever preaches the gospel of Jesus Christ."

As the pope's official mouthpiece, the Vatican media is expected to publish his sermons, addresses and messages.

"The pope's demand is even more surprising when everyone knows exactly what to expect from all Vatican media, including Avvenire, the daily news media of the Italian bishops. But, unless we want to hear more about the same left-wing issues the pope prattles about, a click is enough: We don't need to pay," the author of The Thistle and the Sword said.

L'Osservatore Romano has been notorious for its leftist position reflected in the writers, editorials and columns. It dedicated its Maundy Thursday Italian edition to rehabilitating Judas Iscariot through word and art, Church Militant reported.

Faithful Catholics reacted with outrage to the cover page, featuring a painting of a naked Jesus by an unnamed artist bending over a dead Judas who has a blood-red loincloth around his waist.

In 2009, a heated controversy broke out when the newspaper published a positive editorial on Obama's visit to see then-pope Benedict in 2009 and a glowing view of the president's first 100 days despite Obama's policy moves on abortion and stem-cell research during that period.

In April, the paper published a highly commendatory editorial on President Biden's first 100 days, praising his promotion of vaccines and the "welfare plan aimed above all at families: the American Families Plan," worth $1.8 trillion and "paid entirely with tax increases on the richest Americans (those who earn more than $400,000 a year) and on financial income, the so-called capital gains tax."

There was not a single mention of Biden's radical anti-Catholic policies including his push for abortion, the LGBT+ agenda and the loss of religious freedom under the new administration.

Italian journalist Andrea Cionci told Church Militant that it was "rather harsh" for Francis to blame L'Osservatore Romano and Vatican Radio for the "scarcity of its audience."

Explaining how in the world of communication "audience satisfaction is produced by the content," Cionci gave the example of Fr. Alessandro Minutella — who, with an amateur YouTube channel Radio Domina Nostra, draws a "proportionately gigantic audience when compared to the Vatican networks."

In some live shows, his Traditional Latin Mass and his catechesis easily surpasses the number of live viewers watching Pope Francis' Masses on Vatican News.

L'Osservatore Romano was founded in Rome in 1861 with the approval of Pope Pius IX and Pope Leo XIII bought it outright in 1890.

Unless we want to hear more about the same left-wing issues the pope prattles about, a click is enough: We don't need to pay.

Benito Mussolini threatened to shut it down because of its candid reporting and editorial criticisms of the fascist dictator.

The newspaper's circulation rose during World War II to more than 350,000, as it was the only Italian paper publishing Allied war reports.

By 2009, the sales had plummeted to only 12,000 copies and have declined even further under Francis' pontificate. Even taking account of its six weekly and one monthly edition in languages other than Italian, the total circulation is less than 100,000. 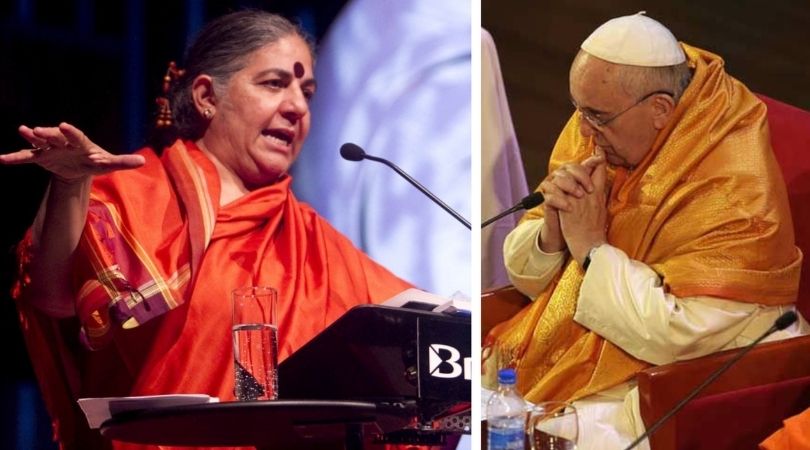 ‘Pope’s Encyclical is like Hindu Scriptures’
By Jules Gomes   •   0 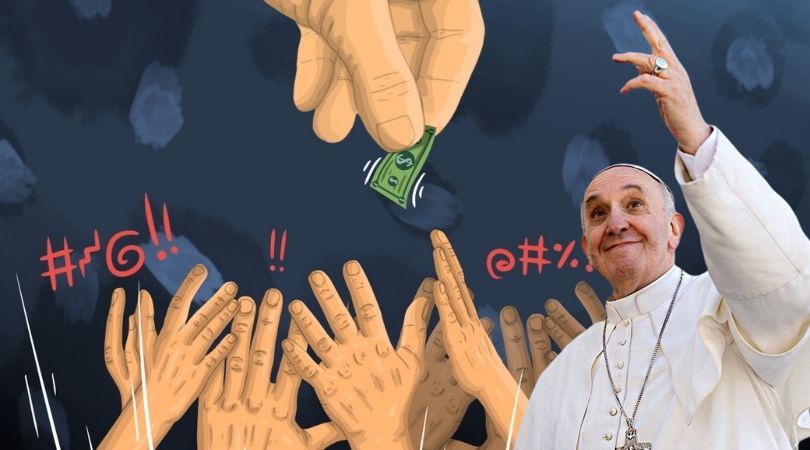 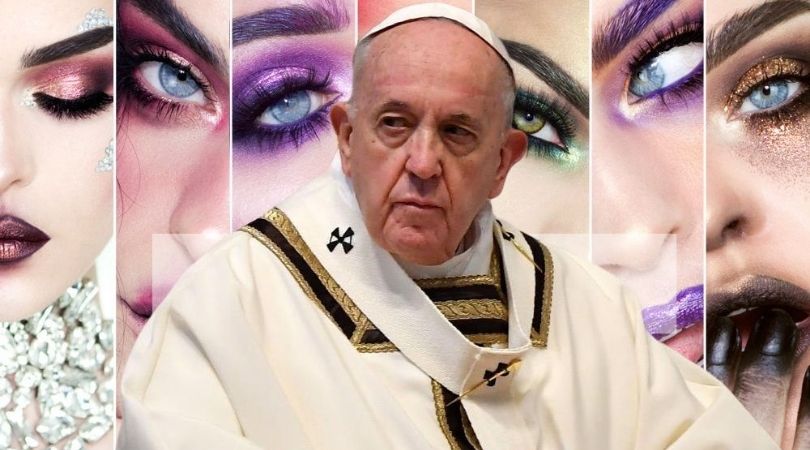