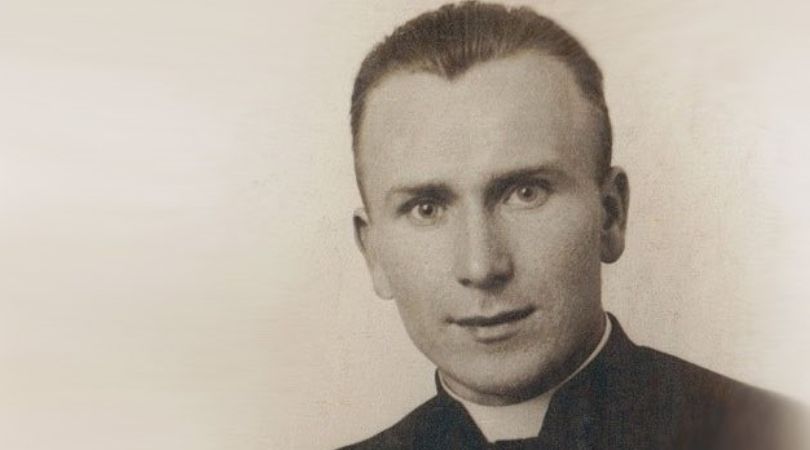 VATICAN CITY (ChurchMilitant.com) - Pope Francis recognized the martyrdom of Fr. Jan Franciszek Macha, a Polish resistance activist, on Thursday. The Polish priest was beheaded by Nazi executioners in a prison in Katowice, Poland in 1942.

Arrested in 1941 by the Gestapo, Fr. Macha was moved from prison to prison and tortured by Poland's Nazi occupiers before being executed by guillotine on December 3, 1942. He was 28.

The servant of God Fr. Jan Franciszek Macha was guillotined by the Germans during World War II for helping Polish families. Before his death, he wrote to his parents: "I am dying with a clear conscience, I lived a short life, but I believe that I achieved my goal". pic.twitter.com/hb3EjtvWqv

The Polish resistance movement was considered the largest underground resistance movement in all of occupied Europe and is credited for saving more Jewish lives in the Holocaust than any other Western Allied organization or government. It was comprised of many secret smaller groups that arose spontaneously during the German — and Soviet — occupation.

Father Macha co-founded one such group, the Polish Armed Organization, at the outbreak of World War II shortly after he was ordained. The organization operated among mainly young people, including high school and college students and boy scouts, in Ruda Śląska, a city in Silesia in southern Poland, near Katowice. It helped establish publishing houses and distributed leaflets that disseminated intelligence to the Polish resisters.

Fr. Macha also provided assistance and comfort to those who lost loved ones in the fighting, tending to their physical and spiritual needs.

"I am dying with a clear conscience. I lived briefly, but I believe that I achieved my goal," the soon-to-be martyred priest wrote in a letter he managed to be delivered to his parents.

I am dying with a clear conscience. I lived briefly, but I believe that I achieved my goal.

The process for the beatification of Father Macha opened in 2013. The pope's recent decision is a confirmation that the Polish priest was killed in odium fidei, or "in hatred of the faith."

The Holy Father received Prefect of the Congregation for the Causes of Saints Cardinal Angelo Becciu who presented the pope with decrees for beatification and canonization, including the decree on the priest's martyrdom.

Father Macha's life and death exemplifies the experience of thousands of Polish priests and Catholic religious who lost their lives during World War II.

It has been recorded that 20% of Poland's diocesan priests were murdered, meaning every fifth diocesan priest lost his life during the Nazi occupation.

The Polish Episcopate has numbered Catholic religious murdered during World War II at 2,000 diocesan priests, 370 friars and 280 nuns. In addition, about 4,000 priests and monks and about 1.1 thousand nuns were imprisoned in German extermination camps.

"There were dioceses such as Włocławek, Gniezno and Chełmno, where almost every second priest was murdered. Four Polish bishops were also killed in the camps, and nearly half of the Roman Catholic dioceses were deprived of the bishops who were at the head," spokesman for the Polish Bishops' Conference Fr. Paweł Rytel-Andrianik explained.

Fr. Rytel-Andrianik has put forth that the attacks on Catholics represented "not only a war against the Polish State and the Polish people, but also against the Catholic Church."

The priest recalled that, despite the terror, priests risked their lives, helping all those in need, including the Jewish population. "About a thousand priests in Poland risked their lives to save Jews. Some of them were murdered for helping," he added.

"World War II showed the tragic consequences brought on by the negation of God, the only Lord of human life, and every human being’s dignity. Where there is no respect for human life, totalitarianisms emerge that put themselves in the place of God and lead to disasters such as war," said the prelate.

Fr. Macha sent these words of comfort to his parents before he died: "Don't despair! Everything will be fine! Without one tree, the forest will be forest. ... So goodbye! Stay with God!" 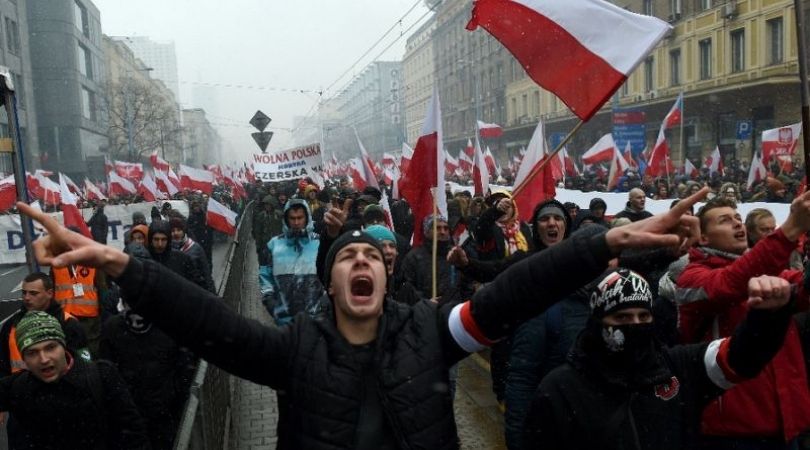 Poland: Christians, Not LGBT, Under Threat
By Martina Moyski   •   0 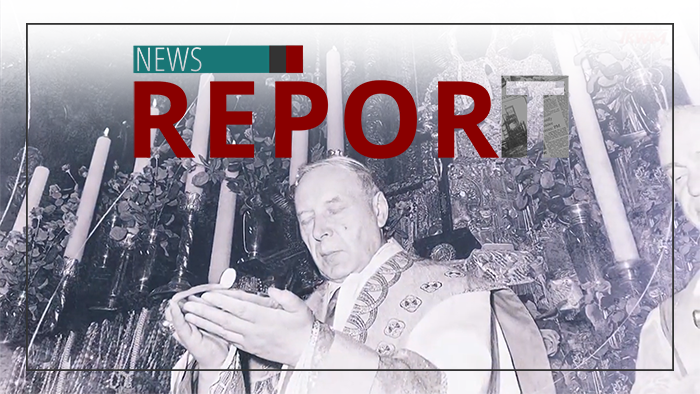