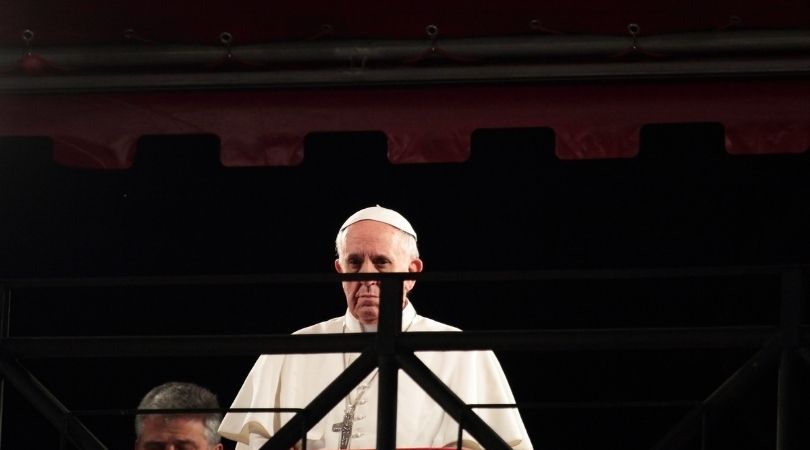 VATICAN CITY (ChurchMilitant.com) - In the wake of Vatican financial scandals, Pope Francis is formally stripping the Vatican Secretariat of State of its bank accounts and real estate holdings.

In a motu proprio — an edict issued and signed by the pope of his own initiative — published today, Francis formalized the transference of bank accounts, investments and real estate holdings from the Secretary of State to the Administration of the Patrimony of the Apostolic See (APAS).

The APAS will take over management and administration and will be subjected to ad hoc control by the Secretariat for the Economy.

The pontiff has given the Secretariat of State until no later than Feb. 4, 2021 to complete all transfers or provide the APAS with power of attorney, granting exclusively all ordinary and extraordinary administration for:

The pontiff clarified the Secretariat of State will only maintain human resources needed for internal administration, preparation of its budget and final balance and must also transfer its archives to the APAS.

Reshuffling a Deck of Dirty Cards

"It's as if Pope Francis is saying, 'Look! I'm cleaning up financial scandals by taking assets away from the corrupt Secretariat of State ... and giving it to cronies who are more competent at hiding corruption,'" he said.

Look! I'm cleaning up financial scandals by taking assets away from the corrupt Secretariat of State ... and giving it to cronies who are more competent at hiding corruption.

The first of two main Vatican financial scandals involved an investment into a luxury property in London's Chelsea district. The second is the Vatican being the largest investor of the Maltese investment firm Centurion Global Fund, which funneled over $1 million into a movie with an explicit homosexual sex scene.

Investigation into the luxury property led to the dismissal of Cdl. Giovanni Angelo Becciu, whose former secretary says Francis knew about the London investment. He further alleges the pontiff even endorsed hiring an Italian financier at a maximum of 20 million euros.

The current secretary of state, Cdl. Pietro Parolin, has been a big player in the secretive Vatican-China agreement that has led to increased persecution of the underground Church in the country since it was first implemented in 2018.

Cdl. Joseph Zen, bishop emeritus of Hong Kong, told Church Militant in February he has evidence to believe the prelate is not a man of God.

In July, meanwhile, Zen said that, with the 'pastoral guidelines' — a document encouraging members of the underground Church to join the state Church controlled by the Chinese Communist Party — "Parolin served the last blow to murder the Church in China."

Some allege $2 billion in annual payments from China to the Vatican influences Vatican decisions.