DETROIT (ChurchMilitant.com) - The recent earthquakes in Mexico have some of Pope Francis' comments going viral.

In a video interview from January, Pope Francis explained how he feels Mexico's devotion to the Virgin of Guadalupe is the reason they are hit with so many catastrophes. "I think that the devil punishes Mexico with much anger because the devil doesn't forgive Mexico that she [the Virgin of Guadalupe] has shown her son there," he says.

"It is an interpretation of mine that Mexico is privileged in martyrdom for having recognized, defended its mother," Pope Francis says. Some of the nearly 9,000 comments agree with Francis, but others disagree, citing that it is actually the turning away from God that is the cause of the disasters.

The turning away from God is evidenced by the legalization of abortion in 2007, the massive number of murders of civilians and clergy and the widespread acceptance and public veneration of "Santa Muerte."
In 2013, the Vatican condemned Santa Muerte — Holy Death, as blasphemous and a degeneration of religion. Even with the condemnation, Catholics still venerate the "skeleton saint" to lead them to the afterlife.
Drug cartels invoke the intercession of Santa Muerte to protect shipments of drugs from law enforcement. Ritual killings involving the cult are also increasing and police are reporting that many times they find elaborate shrines to the Santa Muerte during drug raids.

On May 20, 2015, Cdl. Juan Sandoval Íñiguez, archbishop emeritus of Guadalajara, the Spanish exorcist Fr. Jose Antonio Fortea and a group of priests gathered in the cathedral to perform an Exorcism Magno or "Great Exorcism."

Cardinal Iniguez told ACI Pensa that it is important to make people aware of the "grave situation that we live in Mexico, which has a very deep root, beyond human evil, which is the devil." Iniguez called abortion "tragic" and a "very, very serious sin." He claims the legalization of abortion only shifted the account of the blame "between the assassins and the government, dead here, dead there and dead everywhere, a violence that is nothing other than the Evil One that is destroying us."

Father Fortea, wrote in his book The Exorcism Magno, that the exorcism "is useful in a situation where great violence has been unleashed in a country." Fortea compiled these prayers that can be used "to command the devils to depart from the college of cardinals, bishops of a nation, a parish whose faithful are divided, etc." He has asked why not perform a Great Exorcism to protect the universal Church?

During the exorcism, only one journalist was allowed to be present, Roberto O'Farrill, a Catholic. O'Farrill explained that Mexico is experiencing a demonic infestation that is similar to the time before the Virgin of Guadalupe appeared when human sacrifices were common. He says the legalization of abortion in Mexico has returned the country to the time where innocent human life is sacrificed. To date, more than 120,000 lives have been sacrificed since it was legalized.

You are stupid because She (the Virgin Mary) rushed us from Mexico and now you with your stupid laws have allowed the sacrifices to return to Mexico, the human sacrifices, we do not want to say this but She stomps our heads and forces us.

O'Farrill described the case of a Mexican man from Morelia, Michoacan, possessed by four demons. During that exorcism, he says the demons were forced by the Virgin Mary to say that they have returned to infest Mexico again, mainly in Mexico City and other parts of the territory. O'Farrill states they said, "You are stupid because She (the Virgin Mary) rushed us from Mexico and now you with your stupid laws have allowed the sacrifices to return to Mexico, the human sacrifices, we do not want to say this but She stomps our heads and forces us."

Father Gabriele Amorth, the famous Italian exorcist, confirmed that the man, known as Angel, was possessed by four demons and that Pope Francis himself exorcised him. Amorth said, "This has been a true exorcism, and I will say something else: the young man that the pope exorcised, today at 11:30 am, he has come to me."

In Ciudad Juarez, once one of the deadliest cities in the world, crime rates dropped dramatically when parishes established Adoration Chapels. Forty people per day were dying from the violence between drug traffickers, but after the chapel opened the city went two months without a death. 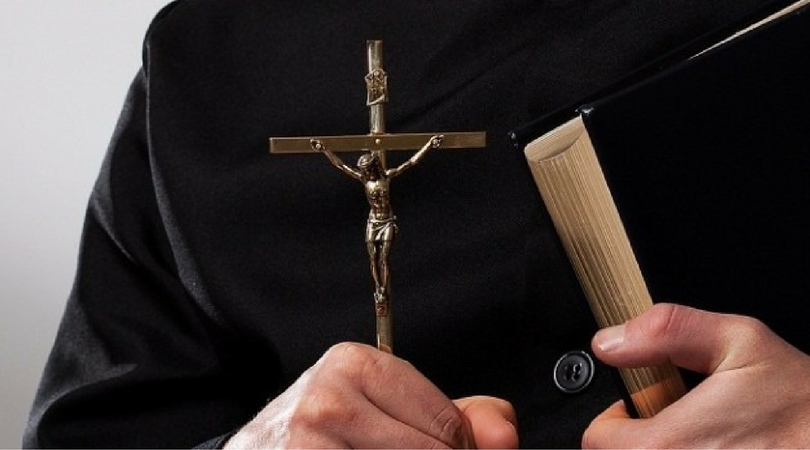