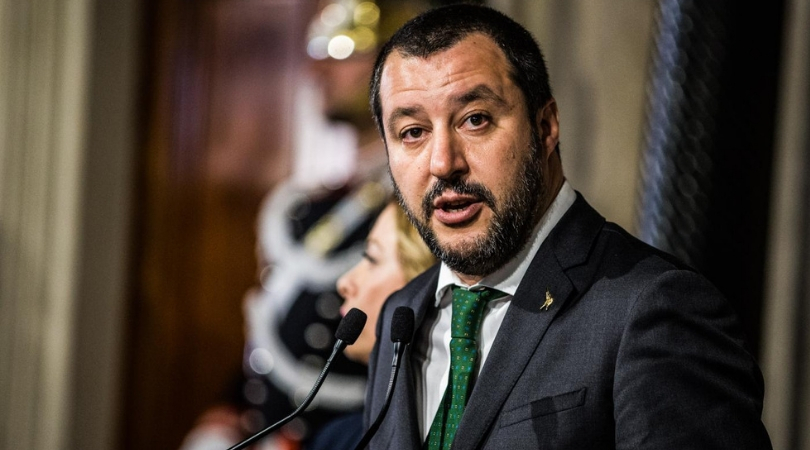 In an address to participants in a meeting of aid agencies to the Oriental Catholic Churches (ROACO), the pope seemed to fire a shot across Mr. Salvini's bow, accusing the populist minister of closing his ports to migrants while opening them to arms dealers.

"We hear the plea of persons in flight, crowded on boats in search of hope, not knowing which ports will welcome them, in a Europe that does open its ports to ships that will load sophisticated and costly weapons capable of producing forms of destruction that do not spare even children," the pope said, according to a rough English-language translation supplied by the Vatican.

Since Mr. Salvini is the only political leader to have closed the nation's ports in an effort to curb illegal migration, it is difficult to interpret the pontiff's words as applying to anyone else.

"Here we can recognize the cry of Abel rising up to God," the pope added, a biblical reference to the second son of Adam and Eve, who was killed by his elder brother Cain. The pope often references Cain's defensive question "Am I my brother's keeper?" when speaking of the duty to welcome migrants.

Although the pope has never openly criticized Mr. Salvini, who is also the leader of the populist Lega party, he has found other ways to make known his views.
Read the rest at Breitbart.