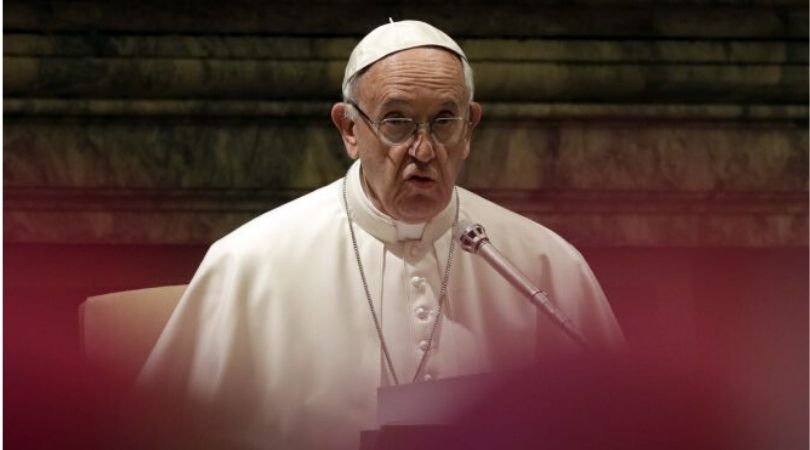 ROME (ChurchMilitant.com) - Catholic theologians are warning faithful Catholics to beware of Pope Francis returning to progressive "process theology," based on his Christmas message to the Roman Curia.

"The Holy Father seems to be teaching something called 'process theology,'" a widely published Catholic theologian told Church Militant. "Put simply, this is the idea that God changes as society and the world changes — that God is in the processes."

The theologian, who agreed to be identified simply as "a priest who studied theology in the late 1970s," explained that process theology is an attempt to weave evolutionary theory into theology, and was pioneered by the Protestant philosopher Alfred North Whitehead and the Jesuit paleontologist and evolutionist Pierre Teilhard de Chardin.

I remember process theology as a trendy theology that appealed to liberal half-wits.

On Saturday, Francis quoted Saint John Henry Newman from his "Essay on the Development of Christian Doctrine." Francis noted, "Here below to live is to change, and to be perfect is to have changed often."

In his Christmas address at the Sala Clementina, the pontiff clarified that for Newman, "change was conversion" or "interior transformation," emphasizing that change is particularly significant for our time since it is "not merely an epoch of changes, but an epochal change." Seen in this light, "change would still take place, but beginning with man as its center, "an anthropological conversion," Francis said.

The Holy Father then deployed the terminology and hermeneutic of process theology, citing a 2013 interview with Fr. Antonio Spadaro — which led to mixed reactions on social media because of its confusing message:

We need to initiate processes and not just occupy spaces: "God manifests himself in historical revelation, in history. Time initiates processes and space crystalizes them. God is in history, in the processes. We must not focus on occupying the spaces where power is exercised, but rather on starting long-run historical processes. We must initiate processes rather than occupy spaces. God manifests himself in time and is present in the processes of history. This gives priority to actions that give birth to new historical dynamics. And it requires patience, waiting."

"In this sense, we are urged to read the signs of the times with the eyes of faith, so that the direction of this change should 'raise new and old questions which it is right that we should face,'" he added.

"This is the paragraph that I find disturbing. It seems right out of a book of process theology," the theologian observed.

"I remember process theology as a trendy theology that appealed to liberal half-wits. It was quite fashionable for a time, but I had thought it had died out along with bell-bottoms and tie-dyed shirts. Apparently not," he noted.

In a tweet in response to the pontiff's remarks, he simply posted the words "Process Theology" followed by a link to the Wikipedia entry on the topic.

Other Catholics also responded on social media with incomprehension.

"Oh, that's clear as mud," said one commenter on Twitter.

"Who writes this stuff for him? Does he even understand what this means?" asked another.

"Never underestimate the ability of post-moderns to use tons of words in order to say absolutely nothing," said another.

Never underestimate the ability of post-moderns to use tons of words in order to say absolutely nothing.

Quoting the composer Gustav Mahler, a Catholic convert from Judaism, Francis explained tradition as "the guarantee of the future and not a container of ashes," noting, nevertheless, the need for it to be "grounded mainly in fidelity to the depositum fidei [Deposit of Faith]."

Francis cautioned his audience to be "wary of the temptation to rigidity," which is "born of the fear of change, which ends up erecting fences and obstacles on the terrain of the common good, turning it into a minefield of incomprehension and hatred."

In what some interpreted as a swipe at traditionalist Catholics, the pontiff continued: "Let us always remember that behind every form of rigidity lies some kind of imbalance. Rigidity and imbalance feed one another in a vicious circle. And today this temptation to rigidity has become very real."

Pope Francis: Behind every form of rigidity lies some kind of imbalance.

Dr. Gavin Ashenden, recent Anglican convert to Catholicism and a lay theologian in the diocese of Shrewsbury, explained to Church Militant how process theology was "born in a somewhat narcissistic and existentialist culture":

Process theology takes our preoccupation with our self and self-development and projects it onto God, so that like us, He too is thought of as 'becoming' rather than 'being' — 'becoming' in fact in relation to our own 'becoming.' This is an interesting idea, but fails, I think, to give sufficient weight to our own derivating contingency, or dependency on God, and impose on Him by projection, our preoccupation with our own self-development.

One of process theologian Whitehead's favorite aphorisms was: "It is as true to say that God creates the World, as that the World creates God."

Elsewhere, the pontiff said, "Christendom no longer exists! Today we are no longer the only ones who create culture, nor are we in the forefront or those most listened to. We need a change in our pastoral mindset, which does not mean moving towards a relativistic pastoral care. We are no longer living in a Christian world." 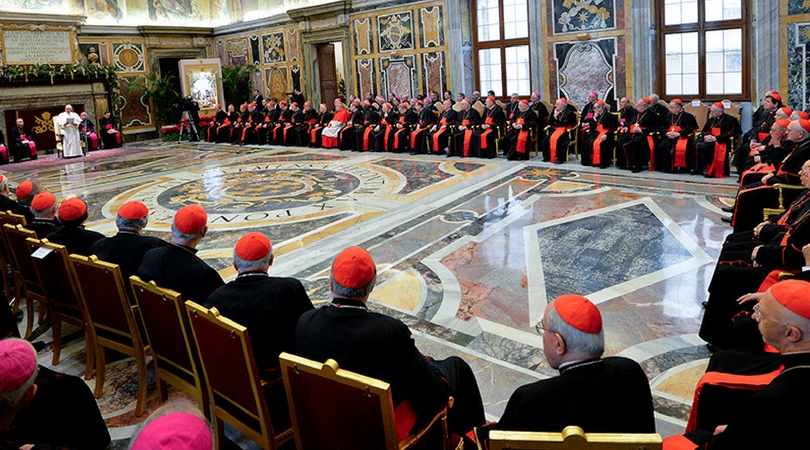 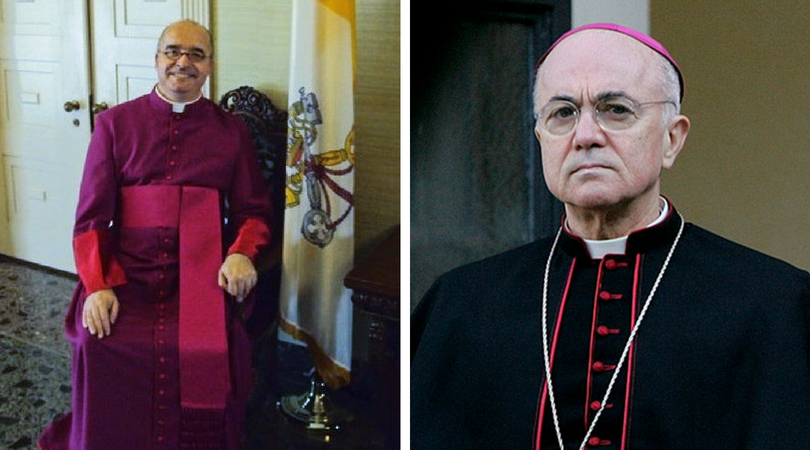