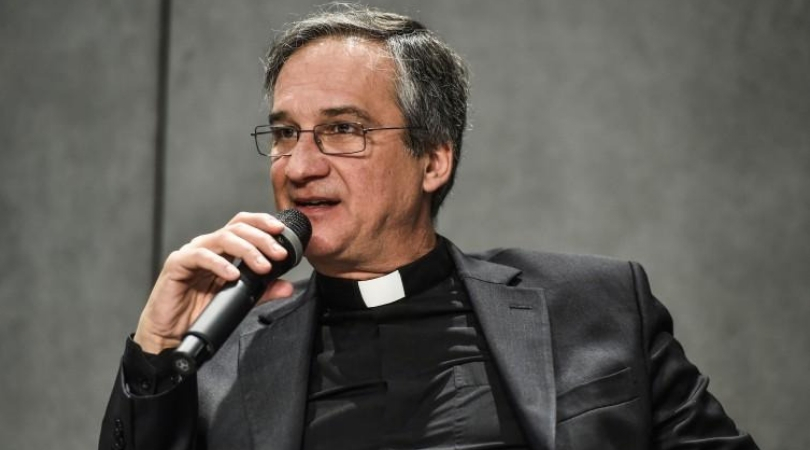 Msgr. Dario Viganò resigned in disgrace after the 'Lettergate' scandal

For the faithful who have been closely following the stream of developments in the Church, the 2018 "Lettergate" scandal immediately springs to mind: Viganò had to step down as prefect of the Dicastery for Communications for unethically doctoring a photo of a private letter from Pope Emeritus Benedict XVI to Pope Francis.

The digitally manipulated photo was used to mislead the public into believing Benedict XVI was unequivocally praising a Vatican-published set of books on Pope Francis' theology, when it was revealed Benedict not only hadn't read the volumes, he criticized one of the authors included in the compilation. Even after such a colossal gaffe, it took the pope three meetings to finally accept Viganò’s resignation.

An invitation to remain an "advisor" in the Dicastery for Communications followed, a role created ad hoc for Msgr. Viganò and now extinct with his transfer to the academies. Viganò's office as advisor, seemingly a minor role, actually reinforced his authority, according to renowned Vatican watcher Sandro Magister. Viganò was necessary in the dicastery, since he had been the sole master behind the most ambitious reform in Pope Francis' pontificate: the revolution of the Vatican media.

Magister deemed  Viganò's role in the enterprise as one of the most "unique cases in the Roman Curia in at least 150 years": a mere priest who became "the 'czar' of the Holy See's communications system."

It's a known fact Pope Francis has surrounded himself with like-minded clerics, but his unreserved preference for Viganò has caused rifts even among the most fervent "ultrabergoglians" (as the Italian press puts it). The power dispute reached even the Secretariat of State, the most important and powerful dicastery in the Roman Curia. A man confident enough to defy the Secretariat of State certainly enjoys more power than even the closest of Francis' allies.

An example of how much Msgr. Viganò's word is worth in Rome: He was responsible for the nomination of Fr. James Martin, S.J. as consulter to the Secretariat for Communication. He was also allegedly responsible for the nomination of Bp. Nunzio Galantino as Secretary-General of the Italian Bishops' Conference (where Galantino has always been known as "the pope's man"), and a couple of newspapers revealed that Krzysztof Charamsa (the infamous employee of the Congregation for the Doctrine of the Faith who came out as actively gay in 2015) was about to become bishop thanks to his network of relationships — Msgr. Dario Viganò included.

So even though last weekend's promotion — Viganò went from number three of Communications to number two of the Pontifical Academies of Sciences and Social Sciences, two Vatican bodies seen as Pope Francis' "think tanks" — is not a surprise, evidently the news of the creation of another previously inexistent role, crafted specially for Viganò, was received with cynicism by the majority of Catholic outlets.

Christopher Altieri, a journalist with years of experience inside Vatican Radio, in an article titled "The Nine Lives of Msgr. Viganò," said:

I'd worked in Vatican communications for more than a dozen years, first at Vatican Radio and then in the Secretariat for Communication, before leaving at the end of 2017. I'd seen a lot through the years, but what transpired in March of 2018 ["Lettergate"] was pretty surprising. … Now, Pope Francis has put Msgr. Viganò into another position that didn't exist until Francis decided Msgr. Viganò needed to be in it.

Even Francis-friendly publication CruxNow criticized Viganò's new role: "In all fairness, Francis is hardly the first pope to carve out a made-up Vatican job for a cleric perceived as a problem … . Still, for a pontiff who came in vowing a sweeping reform of the Vatican, such maneuvers can't help but seem a bit of a head-scratcher" — especially the second time around.

Journalist Paolo Ruffini, current prefect of the Dicastery for Communication, said in a statement that

the task entrusted to Msgr. Viganò by the Holy Father in 2015 was not an easy one: to proceed towards integration and unitary management ... of the nine Vatican realities that dealt with communication. It was also not easy to rethink the informative system of the Holy See ... . It was not easy to give another form to things, creating ex novo a dicastery.

It certainly wasn't easy, but as Church Militant has reported, Msgr. Viganò was well-assisted by Accenture, one of the most LGBT-friendly consultancy firms in the world.

He was responsible for the nomination of Fr. James Martin, S.J. as consulter to the Secretariat for Communication.

Being the public relations guru that he is, Msgr. Viganò gave an interview to Vatican News on the same day the Holy See Press Office published news of his nomination:

I am grateful to the Pope who has always accompanied me and supported me. At this point, we can say the first big part of the reform of the Vatican media is concluded. … [T]he life of a priest isn’t the free expression of an ‘individual I’ who looks for ways of accomplishments, but it is, above all, acceptance of what is asked of him. This is the only way to concretely attest that the real protagonist is the Father.

The Pontifical Academy of Sciences and the Pontifical Academy of Social Sciences, headed by Argentine bishop Marcelo Sánchez Sorondo, have taken on the task of advancing Pope Francis’ political views. There has been much concern regarding some of their  conferences and studies pushing globalism, population control, and unrestricted immigration. Immigration has been the most sensitive issue in Italy for years, with tensions between the Vatican and Matteo Salvini, the most prominent defender of Italian borders, reaching such high levels of hostility that the Pope refuses to meet with Salvini.

The Italian government is currently facing an ongoing crisis, with the collapse of the leading coalition between Salvini’s party (League) and the 5-Star Movement. While Salvini is calling for new elections, the 5-Star Movement and the Italian Democratic Party  (supported by many members of the Vatican hierarchy) are negotiating to form a new majority alliance in order to avoid an election. It is the perfect timing to give the Pope’s “think tanks” a marketing boost. It seems that Msgr. Dario Edoardo Viganò’s mission could be to take full advantage of the crisis and try to steer the public opinion towards the Vatican’s political preferences 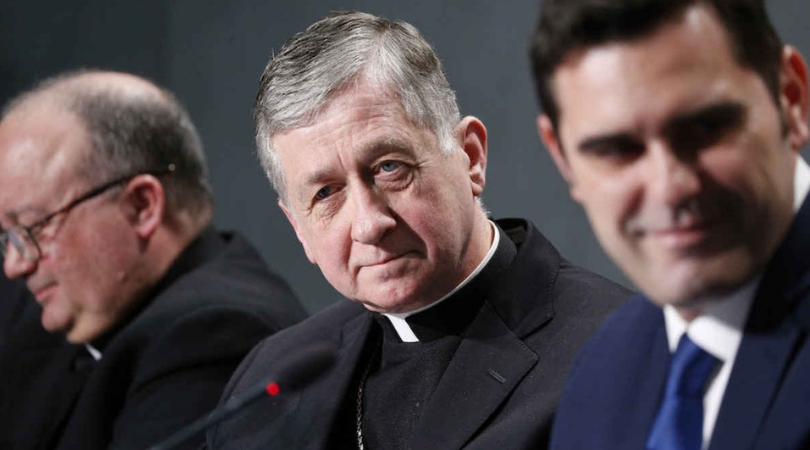 Will the Vatican’s Sex Abuse Summit Face Up to the Root of the Crisis?
By Dr. Alan Keyes   •   0