Pope to Youth: Church Must Change

Warns against 'battling obsessively over two or three issues'

VATICAN CITY (ChurchMilitant.com) - Pope Francis is raising eyebrows over his call for "change" in the Church.

In response to the October 2018 Synod on Young People, on Tuesday, Francis issued Christus vivit ("Christ is Alive"), an apostolic exhortation rallying Catholic youth to work for greater openness as part of a campaign of Church renewal.

Titled Christus vivit ("Christ is Alive"), the Pope's message lays out his vision for a faith sculpted by "listening" and "change."

"A Church open to renewal," Francis writes, "should not be excessively caught up in herself, but instead, and above all, reflect Jesus Christ."

"This means humbly acknowledging that some things concretely need to change," he argues, "and if that is to happen, she needs to appreciate the vision but also the criticisms of young people."

Let us ask the Lord to free the Church from those who would make her grow old, encase her in the past, hold her back or keep her at a standstill.

Among faithful Catholics, many are voicing concern over the nature of Francis' desired "change."

While urging youth to be "protagonists of change," the Pope calls for them to "ask the Lord to free the Church from those who would make her grow old, encase her in the past, hold her back or keep her at a standstill."

Some are interpreting the Pope's words as a rejection of the traditional movement, with its focus on the Latin Mass, pre-Vatican II liturgy and an active devotional life — all of which is exploding among young Catholics today.

Francis exhorts Catholics to reject focusing narrowly on certain "issues." Instead, he writes, the Church must humbly listen and respond to the perspectives of its youngest members:

"To be credible to young people, there are times when she needs to regain her humility and simply listen," he continues, "recognizing that what others have to say can provide some light to help her better understand the Gospel."

"A Church always on the defensive, which loses her humility and stops listening to others, which leaves no room for questions, loses her youth and turns into a museum," Francis adds. "Even if she possesses the truth of the Gospel, this does not mean that she has completely understood it; rather, she is called to keep growing in her grasp of that inexhaustible treasure."

The pontiff warns against an "overly fearful" Church "tied to its structures," which he says "can be invariably critical of efforts to defend the rights of women, and constantly point out the risks and the potential errors of those demands."

"Instead, a living Church can react by being attentive to the legitimate claims of those women who seek greater justice and equality," Francis suggests. "A living Church can look back on history and acknowledge a fair share of male authoritarianism, domination, various forms of enslavement, abuse and sexist violence." 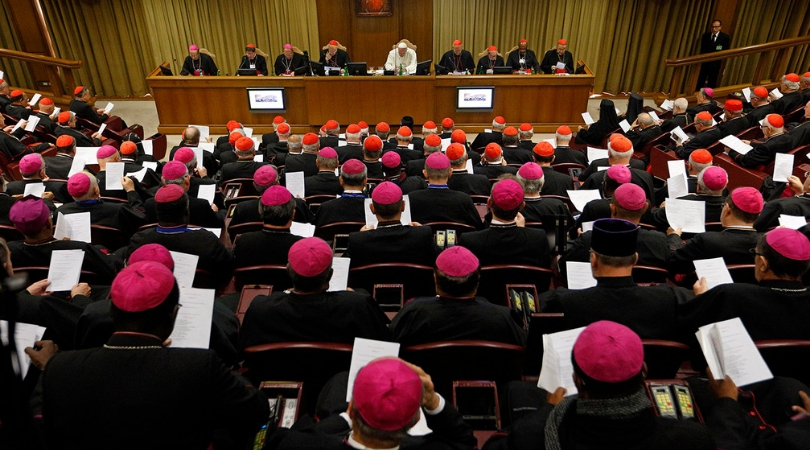