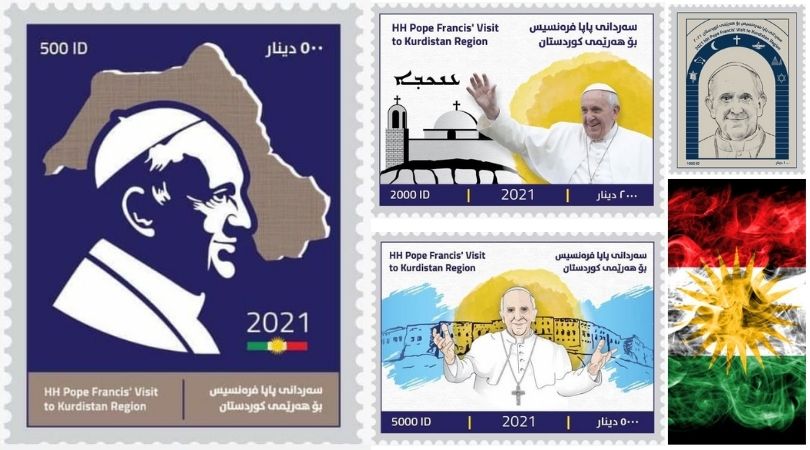 VATICAN CITY (ChurchMilitant.com) - Pope Francis' Iraq visit has sparked a political firestorm in the Middle East after the Kurdistan Regional Government (KRG) published a postage stamp depicting a map of "Greater Kurdistan" behind an image of the pontiff.

The controversial stamp, which is part of a set of six commemorative stamps, includes the Kurdish-majority parts of Iraq, Iran, Syria and Turkey — claimed by the Kurds in their nationalistic struggle for an autonomous Kurdistan.

"This map is a grave mistake and displays utter disrespect towards Turkey," presidential spokesperson Ibrahim Kalın thundered in a televised statement late Thursday, warning of a "harsh response" if the KRG did not correct the offending map.

"Our consul-general immediately got in touch with KRG authorities, and they told us that the map was not 'legally binding,'" Kalın added.

Spencer, a historian of Islam, lamented:

It is unfortunate but true that he has no idea of what he is getting into, of the lingering force and complexity of ancient animosities, such that he gives offense when none was intended and is manipulated in his naïveté by people who are far more knowledgeable than he is, such as Egypt's Grand Imam Ahmed al-Tayyeb and Iraq's Grand Ayatollah Ali al-Sistani.

In a press statement Wednesday, Turkey's Ministry of Foreign Affairs blasted the stamp for portraying "a map that includes some provinces of our country."

The furor over this stamp epitomizes the foolishness of Francis' entire venture into the Middle East.

Attacking "presumptuous authorities in KRG" for abusing the papal visit to "express their unrealistic aspirations against the territorial integrity of Iraq's neighboring countries," Turkey demanded "an urgent and clear statement" from the KRG that "immediately rectifies this grave mistake."

"KRG authorities are in the best position to remember the disappointing outcomes of such deceitful aims," Turkey's foreign ministry warned.

The map used in the papal stamp includes over 10 Turkish provinces, including Hatay, Ağrı, Kahramanmaraş, Gaziantep, Mardin and Van as part of "Greater Kurdistan."

"The Islamic Republic of Iran, while protesting the action to the Iraqi government, is calling for the immediate reversal of this unfriendly action," Khatibzadeh stated.

This step is considered a direct threat to Iraqi, regional and international security.

Meanwhile, the Iraqi Turkmen Front (ITF) — representing Iraqis of Turkish origin — also released a statement "condemning the regional government's issuance of special postage stamps for Pope Francis' visit to Erbil, which included a divisive map threatening the unity of Iraqi lands, including the governorates of Kirkuk and Mosul."

"This step is considered a direct threat to Iraqi, regional and international security," Arshad al-Salihi, head of the ITF and deputy of the Kirkuk governorate, stated.

Preempting the attacks in a tweet Tuesday, the KRG's Minister of Transportation and Communication (MTC) Ano Abdoka clarified the designs "are not final" and the ministry's work is "always within the framework of respecting the constitution and the national sovereignty of Iraq, land and people."

"Some artists and designer in the Kurdistan region proposed these designs to the MTC and none of these samples have been accepted yet, because legal procedures are followed," KRG spokesperson Jotiar Adil said in a press conference Wednesday evening, in an attempt to calm the situation.

Conservative Turkish daily newspaper Millî Gazete called the stamps "scandalous" and attacked Pope Francis for coming together with "the Iraqi Regional Kurdish Government, the Zionists' tool in the region."

"The pope, the representative of the Crusader mentality, which was the cause of the deaths of 2 million people and who shattered Iraq, visited the Iraqi Regional Kurdish Administration during his visit to Iraq," the newspaper alleged.

The pontiff was greeted by over 10,000 at the Franso Hariri Stadium sports stadium in the Kurdistan region's capital Erbil on Sunday, the final day of his Iraq trip.

This map is a grave mistake and displays utter disrespect towards Turkey.

Lands inhabited by Kurds, known as Greater Kurdistan, were divided between Turkey, Iran, Iraq and Syria under the 1916 Sykes-Picot Agreement.

"The Middle East is seeing unmistakable upheaval, and the Kurds, far from being marginal actors, are now very much center-stage," observed Gareth Stansfield and Mohammed Shareef in The Kurdish Question Revisited.

"But their current salience in regional and international affairs cannot be taken as a given, and it cannot be guaranteed that the many and significant gains made by the Kurds, in Iraq and Syria in particular, will not be unraveled in the years ahead," the historians note. 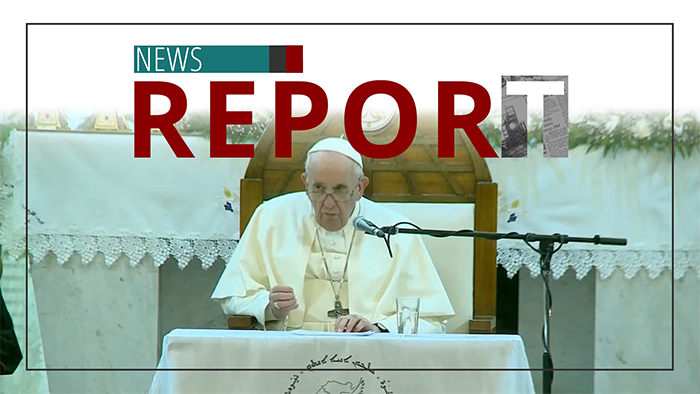