Catholics don't expect the successor of St. Peter to parrot the mantras of Mystic Meg or to recycle the biodegradable dithyrambs of Greta Thunberg. The Barque of St. Peter wasn't christened Greenpeace International. So why is Pope Francis giving us interminable encores and reciting his nursery rhyme to nature's wrath every time he burps?

The intergalactic bishop of Rome, who once preached that he would baptize Martians, has made "Nature Never Forgives" his pontifical motto.

In 2014, at a private meeting with French president Francois Hollande he belted out his eco-anthem like Engelbert Humperdinck singing Les Bicyclettes de Belsize. During a catechesis the same year, he re-chanted his litany to nature: "creation never forgives and if you don't care for it, it will destroy you."

In 2015, flying from Sri Lanka to the Philippines, he crooned to the media: "God always forgives, we men forgive sometimes, but nature never forgives. If you give her a slap, she will give you one."

Last month, Francis told a Spanish journalist he believed the Wuhan virus is "nature is throwing a tantrum so we will take care of her." This month, Francis elevated the allegedly Spanish saying to a dogma in a fawning interview with papal hagiographer Austen Ivereigh.

Francis' ditty, needless to say, is as vacuous as a three-chord, charismatic chorus where the copyright is longer than the text of the song. It is philosophical and theological humbug — fatuous to the point of unintelligibility, flapdoodle for the ignoranti.

I wondered if Francis had plagiarized his saying from an aphorism often uttered by devout Catholic and French geneticist Jérôme Lejeune (1926–1994), who discovered the link between Down syndrome and a chromosome abnormality.

Pope John Paul II made Lejeune the first president of the Pontifical Academy for Life, for his indefatigable fight against contraception and abortion. Notice how Lejeune's aphorism "God alone truly pardons" is strikingly different from Pope Francis' "God always forgives."

Francis has twisted the saying and reduced it to a biblical absurdity. God does not always forgive! God forgives, only if we confess our sins and repent. "If you do not forgive men their trespasses, neither will your Father forgive your trespasses" (Matthew 6:15, 18:35). "Whoever speaks against the Holy Spirit will not be forgiven, either in this age or in the age to come" (Matthew 12:32, Mark 3:29, Luke 12:10).

"If you forgive the sins of any, they are forgiven; if you retain the sins of any, they are retained" (John 20:23). Jesus bestows upon his Church magisterial authority to forgive sins. But if the abortionist-eugenicist CEO of Planned Parenthood went into a confessional and asked for absolution, would Fr. Bergoglio tell her "God always forgives?" Or would he say, after she had repented and been absolved, "Go and sin no more"?

The dime-store theology of 'God always forgives' doesn't do justice to a God of justice.

God didn't forgive Pharaoh, or Lot's wife, or the homopredators who took part in the Sodom and Gomorrah pride parade, or Queen Jezebel, or the Israelite kings who offered children as a sacrifice to Moloch. Presumably, God hasn't forgiven those excluded from the New Jerusalem in the book of Revelation (22:15), i.e. "the dogs and sorcerers and the sexually immoral and murderers and idolaters, and everyone who loves and practices falsehood."

The dime-store theology of "God always forgives" doesn't do justice to a God of justice. So what about part two of the pope's Pythagoras' theorem?

"Man sometimes forgives." Roger that. Not bad for a cracker-barrel proverb to get one out of three propositions right. Man, created in God's image and likeness, has the intellect, consciousness, rationality and volition to forgive or, like God, to withhold forgiveness.

To prevent the Israelites from drawing such a fallacious equivalence in imitation of its pagan neighbors, the biblical authors demythologize the biblical narratives with fanatical rigor and precision (biblical poetry personifies nature but you don't need to be Walt Whitman to recognize this as a figure of speech).

The Babylonians worshipped the sun, moon and stars as deities and the biblical authors are sticking their tongues out and refusing to even name the sun and moon (and describing the creation of the stars as a throwaway line). It's delightful when you read it in Hebrew!

God's first mandate to human beings is to "subdue" and "rule over" nature as good stewards but not live in fear of nature (Genesis 1:28). Pope Francis' green theology, cribbed from James Lovelock's The Revenge of Gaia, is a slippery remythologization of what the Bible has demythologized — a Faustian doorway to the worship of Baal, or the fertility deity's latest reincarnation as Pachamama or a variety of pantheism — among the bewildering smorgasbord of pantheisms (especially the Presocratic philosophers who saw nature as having moral and other valuational properties associated with it).

"I speak as a planetary physician whose patient, the living Earth, complains of fever," writes Lovelock, admitting that "at this point, my friends and colleagues will wince and wish that I would give up talking of our planet as a form of life." Nevertheless, he thumps his tom-tom: "I understand their concern but I am unrepentant."

Nature is throwing a tantrum so we will take care of her.

In the Bible, if nature is seen to be acting in a particular manner — as in Noah's flood or the Exodus plagues — it is solely because all nature's operations are ordered by God's laws or purposes, not because nature is having a hissy fit!

The Italian Dominican friar Giordano Bruno was burnt at the stake just over 400 years ago for claiming that the earth was alive. The Inquisition also tried Bruno for affirming pantheism and reincarnation and for denying Catholic doctrines like Hell, the Trinity, Christ's divinity, Mary's virginity and transubstantiation.

Every year, on the anniversary of Bruno's execution, Freemasons, atheists and pantheists gather at his monument at the Campo de' Fiori and a representative of Rome's mayoralty places a wreath at its feet.

Perhaps the pontiff might consider offering the pantheist a papal pardon or a plenary indulgence? After all, Francis always forgives! 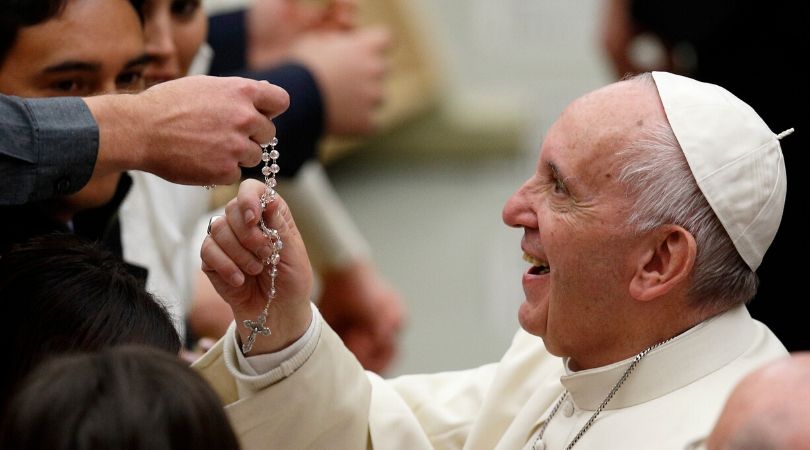