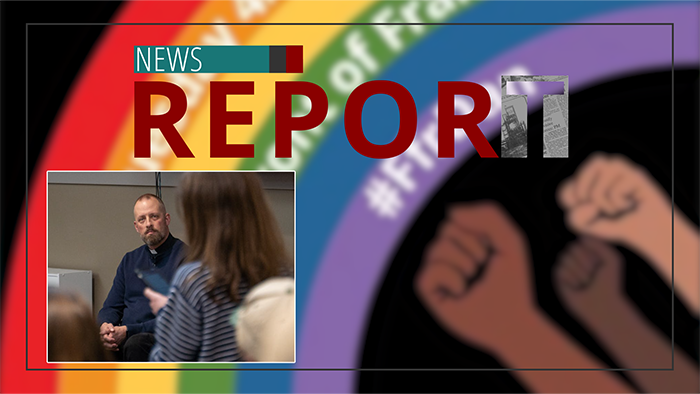 The mob is calling for the removal of Fr. Dan Parrish, an associate professor at the university. Leaked emails revealed that Fr. Parrish voiced concern over a gay-pride flag hanging in Lund Family Hall and a proposed inclusion statement for the university. Students and faculty began a campaign to oust Fr. Parrish. They tried to articulate his offenses earlier this month.

Student activist: "We feel that Fr. Dan's presence in Lund Family Hall is a danger to queer students. His ignorance and bigotry regarding the experiences of marginalized communities makes him unfit to live in a dorm. Students of all backgrounds are hurting over the lack of justice we are receiving. His opinion harms others, and that is something we cannot change."

The school's pro-LGBT newspaper blasted Fr. Parrish for suggesting the crucifix is a universal symbol of inclusion.

The university is guided by the Congregation of the Holy Cross. Many schools throughout America associated with the Congregation are pushing LGBT propaganda and attacking bishops and priests who question the anti-Catholic narrative.

Student Activist: "Say it out loud. What does the pride flag mean to you? To me, it means that you won't be killed here."

Sources from the university told Church Militant Fr. Parrish is under attack for teaching the true Catholic faith. Father Parrish announced he would be stepping out of Lund Family Hall through graduation, appeasing the inclusive LGBT student activists.