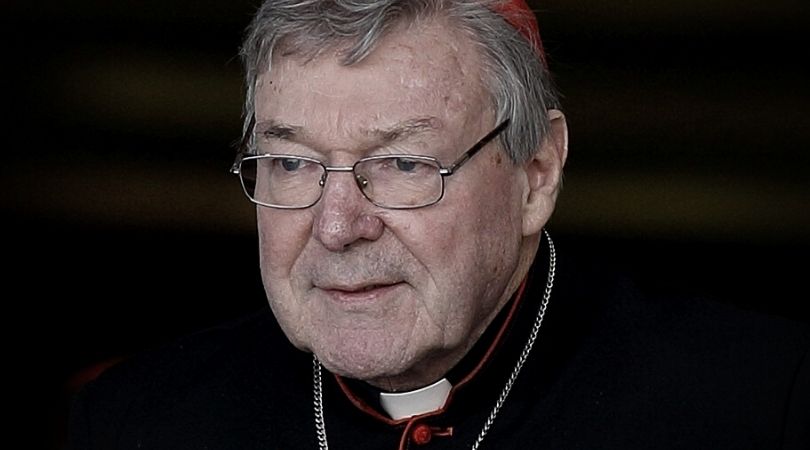 Last week, Victoria Premier Dan Andrews announced that he would be denying a state funeral to the late Cdl. George Pell, archbishop emeritus of Melbourne.

"There won't be a state memorial service," Andrews told reporters. "I couldn't think of anything that would be more distressing for [abuse] victim–survivors than that."

Despite the High Court of Australia's 2020 acquittal of Pell — a historic ruling that effectively determined the original jury misconstrued the evidence presented — Andrews is insisting on labeling Pell a sex offender.

The premier and the prelate have a long history of conflict, with the cardinal — a native of Victoria — boldly calling Andrews out on his anti-Catholic politics.

"Too many Australians," Pell said, "were content with the overreaction of bossy nanny states during the COVID crisis, when the churches were closed before the casino."

Over the course of 2020 and 2021, Andrews enacted the harshest and longest-lasting COVID restrictions on the continent, earning him the nickname "Dictator Dan" from Victorians.

Andrews' COVID tyranny went hand-in-hand with his anti-Catholicism. In December 2021, Andrews forced a bill through parliament that gave him and his health minister unrestrained dictatorial powers during any health emergency. In order to secure the bill's passage, Andrews, as head of Victoria's Labour Party, brokered deals with minority leftist parties and ensured the decriminalization of prostitution and the banning of the "Our Father" from the parliament building.

Shortly afterwards, Andrews announced new so-called antidiscrimination laws targeting Catholic employers and establishments. The premier's own statement on the laws singled out "religious organizations and schools." The laws force Catholic schools, and even Catholic churches, to hire practicing homosexuals and transsexuals, as well as all manner of others who openly refute the Church's perennial moral teachings.

While serving as Victoria's health minister, years before being elected premier, Andrews drafted and sponsored the most radical abortion bill the world had ever seen. Even worse, he had it passed — even when his bishop threatened to close all Catholic hospitals so no Catholic doctors could be forced to kill unborn babies.

Pell was one of several Australian bishops who sat down with Andrews and tried to convince him not to support the legislation. The politician simply replied, "I did not intend to be a Catholic health minister."

Andrews enacted the harshest and longest-lasting COVID restrictions on the continent.

The premier has drawn frequent criticism for his hypocrisy: claiming to be Catholic yet refuting every moral code the Church mandates. Bill Muehlenberg, secretary of the Family Council of Victoria, even named Andrews "Australia's most shameless Christophobe."

In 2020, The Spectator condemned Andrews for his "abortion doublethink," after his government issued certificates to commemorate the loss of a child through miscarriage but still insisted on vehemently protecting the "right" to dismember a child in the womb.

Even more galling was Andrews' comment: "It's not about human rights; it's about human life." Galling because this is the party that put "abortion rights" ahead of human life with its 2008 Abortion Law Reform Act, a law that legalised ending the life of an unborn infant up until birth, and stripped doctors of their right to conscientiously refuse to participate.

Andrews was also harshly and roundly criticized last year for characterizing Christians as intolerant, homophobic bigots, just days before insisting that his Catholic faith informs his political decisions: "I'm a Catholic. ... My faith is important to me and guides me every day ... I'm guided in that work by my faith, my upbringing, and the values that are central to that."

When Pell was wrongly convicted of child sex abuse in 2018, Andrews was one of the cardinal's most gleeful detractors. And when Pell was acquitted in 2020 — through a scathing high court ruling — Andrews practically ignored the court's decision and reasoning.

The premier said he had "no comment about today's High Court decision." But he continued, "I have a message for every single victim and survivor of child sex abuse: 'I see you. I hear you. I believe you.'"

When conservative Catholic and former Prime Minister Tony Abbott visited Pell in prison, Andrews said it was "shameful. Absolutely shameful. ... Appalling. I wouldn't have done it."

In fact, upon learning of Pell's death, Abbott wrote a touching tribute to his late friend:

The Cardinal was a committed defender of Catholic orthodoxy and a staunch advocate for the virtues of Western Civilization. ... His incarceration on charges that the High Court ultimately scathingly dismissed was a modern form of crucifixion; reputationally at least a kind of living death. His prison journals should become a classic: a fine man wrestling with a cruel fate and trying to make sense of the unfairness of suffering. ... [H]e strikes me as a saint for our times.

Yet even though the High Court of Australia determined that "an innocent person has been convicted because the evidence did not establish guilt to the requisite standard of proof," Andrews still smears the cardinal as a sex offender and denies him the customary honor of a state funeral. 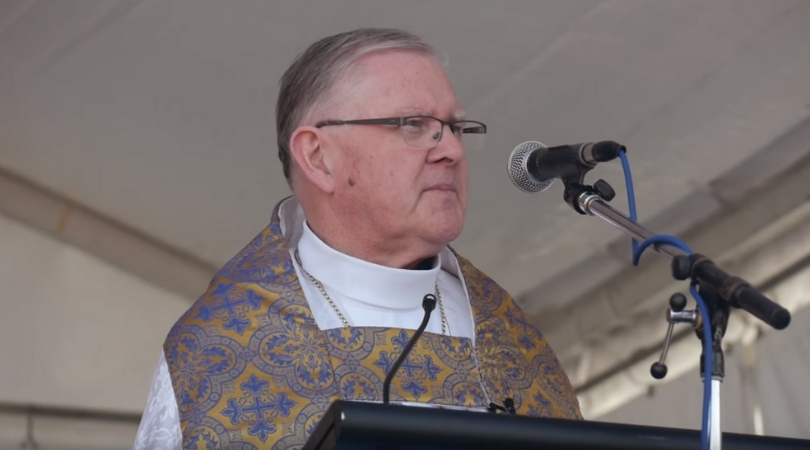