LGBT Mass is sponsored by Irish clergy with the blessing of Abp. Diarmuid Martin

DUBLIN (ChurchMilitant.com) - Practicing homosexuals in Ireland are encouraged to receive Holy Communion with the support of clergy and under the purview of the top ranking prelate, Abp. Diarmuid Martin.

Active homosexuals and those advocating an LGBT lifestyle, along with dissident groups opposed to Catholic teaching attend Mass every 3rd Sunday of the month at the Avila Carmelite Retreat Centre in Dublin. The monthly gathering is called the All Are Welcome Mass.

Instead of warning those who are conscious of mortal sin to refrain from receiving Holy Communion, the venue instead extends an open invitation for all to receive without exception. "We would like you to feel that you belong in a praying community and to experience full participation when celebrating the Eucharist."

The LGBT Mass is sponsored by the dissident group We Are Church Ireland (WACI), activists promoting a gay lifestyle and calling for the ordination of women. In April, the group hosted Sr. Jeannine Gramick and members of the New Ways Ministry (NWM), the dissident group, which she co-founded in 1977. The group is committed to the full acceptance of homosexual activity.

Gramick and her NWM garnered a censure from U.S. bishops in 2010. Cardinal Francis George, archbishop of Chicago and president of the U.S. Conference of Catholic Bishops, wrote in the censure that Sr. Gramick "is permanently prohibited from any pastoral work involving homosexual persons." The censure took note that NWM was barred from involvement in such outreach as well.

The gay Masses are organized by Ireland's Association of Catholic Priests. The group notes that celebrants for the Masses "have included Archbishop Diarmuid Martin and diocesan and religious priests." Their website notes the Masses began in "June 2012 in the home of one of the founding organizers." Subsequently, the group moved to Avila Carmelite Centre. Masses are continuing to be held at the Carmelite center at 3:30 p.m. on every third Sunday of the month.

A picture was taken during one of the Masses offered in the retreat center at which a rainbow flag was draped over the altar, which is contrary to Church rubrics. When the presiding priest, Fr. Fergus O'Donoghue, was asked by local media about the flag, the priest acknowledged that it happened but offered no further comment. 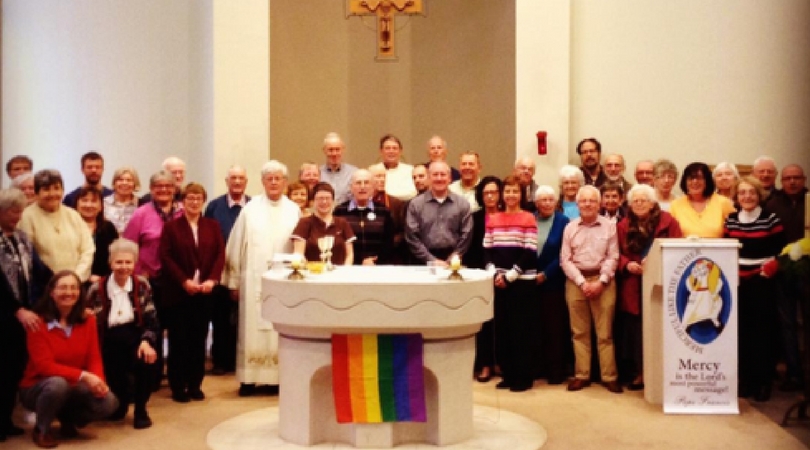 It is further reported that those in attendance at these Masses witness other violations of liturgical norms, which include the Gospel being read by laity and the homily being replaced by group reflections. The greatest violation is that homosexuals living out a gay lifestyle are not warned against receiving Holy Communion. Sponsors of the Mass openly admit the contrary. "We truly experienced full participation when celebrating the Eucharist together as a praying community," says WACI.

The same group quotes Mass attendees, who are conversing after Mass in 2015 at the retreat center. One of those quoted, Bernadette O'Reilly, speaking on behalf of her companions, openly dissents from Church teaching, saying, "Most of us don’t go along with what the institution says. Its balderdash and ordinary people know it's balderdash." Soline Humbert, an advocate for gay rights says, "There's the authority of the hierarchy but also the authority of your conscience."

Concerning any and all sins, sexual or otherwise, the Catholic Church teaches that a rightly formed conscience is never at odds with moral teaching. It further teaches that only those who are not conscious of grave sin may receive Holy Communion: to receive in a state of mortal sin is spiritually damaging and potentially damning. 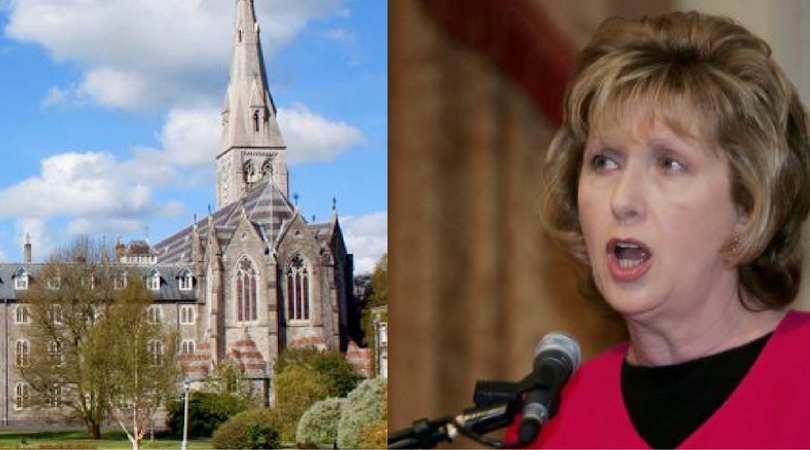