‘Pray the Gay Away’ 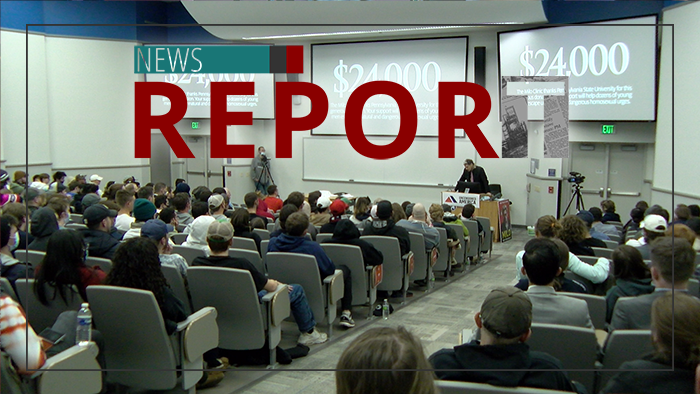 A recent event to help same-sex-attracted individuals has free speech haters reeling. In the talk titled "Pray the Gay Away," students at a university in the Keystone State listened to facts over fiction about the LGBT slogan "born this way." Church Militant's William Mahoney has more on the opposition and the offer to be made whole.

Milo Yiannopoulos: "This is the first time in at least half a century that a publicly funded university has indirectly poured money into the coffers of 'evil' Catholic conversion therapists."

Milo Yiannopoulos began his talk to a packed room at Penn State University on Wednesday with a few jokes and how he will use the money earned to fund the Milo Clinic, which will help men struggling with same-sex attraction.

Backed in spirit by anti–First Amendment U.S. senator Bob Casey, pro-perversion cancel culture showed up in force. And Penn State's Center for Sexual and Gender Diversity held a counter-event titled "Love Is Louder," where a man in knee-high red boots and a black leather bikini flopped around on the stage amidst frenzied cheering.

Yiannopoulos: "Born this way is a lie; it's a meme. It was invented in the 1980s and '90s. ... To tell people that the thing that is killing them is the thing that will save them is so unutterably and jaw-droppingly sociopathic. But that is what is happening."

Also present was Joe Gallagher, head of Church Militant's Resistance, who explained the divide between attendees at the talk and protestors was pretty even.

After Milo explained one is not born homosexual, citing many studies and statistics that demonstrate environmental causes, the floor was opened to questions, including one volunteer for vintage shock treatment.

Volunteer: "No, but here's the thing ― what if it makes me straight? What am I going to do?"

Yiannopoulos: "Get into Heaven."