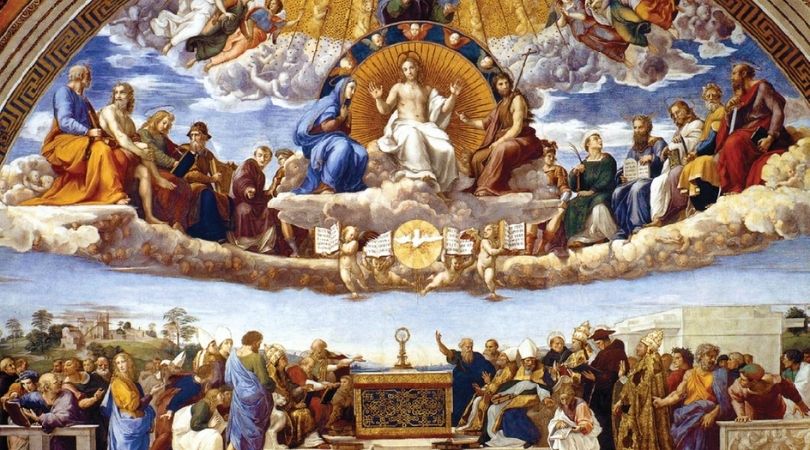 "And now for something completely different," as the entertainment industry is wont to say. Some aspects of liturgical worship are used for reasons that express the psychology of praise. For instance, there is vesture, candles, bells and — especially — holy water.

The more that worship is confined to cerebral edification, the less attention is given to the offering of all human senses in the worship of God. After the Protestant schism, the pulpit replaced the altar, and churches became more like lecture halls with comfortable pews for listeners.

So for something different, consider incense. Puritan influences abandoned what was redolent of sacrifice and, in particular, the Holy Sacrifice of the Mass, which fulfills the symbolic sacrifices within the Temple in Jerusalem, with Christ Himself becoming the perfect sacrifice and the indestructible Temple.

As an instance of "the old made new again," the scent and smoke offered by the priests in Solomon's courtyard (Psalm 141:2) are perfected in praise of Christ the High Priest. Egeria, the indomitable fourth-century lady-pilgrim from Spain, or possibly France, mentioned the incense offered by Christians in Jerusalem at the holy sites.

Even after the rejection of the Mass by order of the Tudors, the use of incense lingered in the cathedrals of Ely and York. Incense from the Sarum form of the Latin Rite (which was developed in the 11th century in Salisbury) continued by force of custom well into the 18th century.

After the Protestant schism, the pulpit replaced the altar, and churches became more like lecture halls.

A canon of the Salisbury cathedral chapter finally eliminated it because he said it affected his breathing, which many considered a poor excuse inasmuch as he took liberal doses of snuff while seated in choir.

Ironically, considering the way flaccid celebrants used post-Vatican II liturgical changes as an excuse for neglecting incense, the Novus Ordo rubrics provide unlimited use of incense, while the Extraordinary Form limited it to solemn celebrations.

The Magi gave the Holy Child presents of gold and myrrh and the essence of Boswellia serrata, which is the resin known as frankincense. The incense used in church may be pure frankincense or a combination of it with other aromatics, but its base comes from the sap of an arboreal bark, which recent science has discovered has properties that relieve anxiety and depression by activating ion channels in the brain.

More importantly, one study at the Jena Friedrich Schiller University in Germany claims that frankincense contains anti-inflammatory substances produced by boswellic acid, principally the enzyme 5-lipoxygenase, which can alleviate the symptoms of asthma and rheumatoid arthritis.

Whether its anti-inflammatory properties can thwart the Wuhan coronavirus, COVID-19, is not yet established, mindful of the cautions of the Food and Drug Administration. But burning frankincense reduces airborne bacterial counts by 68%. More important is the office of incense as an earthly hint of worship in Heaven, where there are "harps and golden vials full of odors, which are the prayers of saints" (Revelation 5:8).